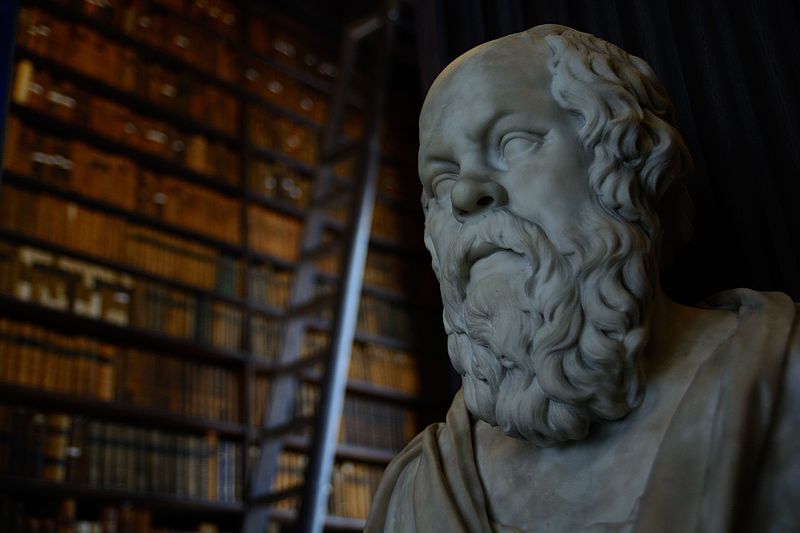 The world that we live in is constantly becoming more and more complex. Human action takes on new and innovative forms and governments develop novel ways to limit or channel it. The economy has been globalized and the division of labor has become exceptionally sophisticated, which is reflected in the multitude of professions, plurality of specializations and even the various experiences gained by different people working in the same position. We are now used to this shredded reality that we usually perceive as a set of unrelated elements, much as scrolling through pictures on Instagram, rather than different aspects of a whole.

Nowadays, the primary role of philosophy is to create syntheses which, considering the growing specializations in science, economy and society, will indicate the links between fields that on the surface appear to have nothing in common. Reality (even when it looks as a picture seen through a kaleidoscope) is, in fact, a system of connected vessels. Those who will be able to reveal this truth to others are bound to find their place in the global division of labor.

There is something more to thinking based on the assumption that the disjointed frames can be reconstructed into one picture – a picture with more depth. It is the libertarians’ situation. We occasionally lose track of our actions, focusing too much on details and thus, neglecting the whole picture. We need our own philosophers who will be able to show us the right perspective and the real scale. But we also need something more.

We need people who could combine broad philosophical knowledge with practice of advocating for liberty. Those who could not only explain to us that the rooms in which we are stuck, in fact, belong to the same building, but who could also move between the rooms without any difficulties and serve as couriers of liberty. Such people could be called philosophical practitioners, the intellectual entrepreneurs. How can we find them and what should the exemplar be like? And why does being an intellectual entrepreneur sound so strange or even unnatural?

Two Sides of the Same Coin

The realm of ideas and the realm of entrepreneurship seem to be entirely separate entities. The concepts that we naturally connote with these ideas usually concern philosophy, books, universities or discussions on great issues. We can imagine Greek colonnades, bearded sages or slightly anachronistic professors wearing tweed jackets with patches on their elbows. Owing to the title of the book that unfortunately hardly anyone reads, we know that ideas have consequences. The film adaptation of a well-known comic book taught us that they are bulletproof as well. Those who studied or study philosophy, who want to become intellectuals, might have been told by their parents that ideas will not pay the rent. It is hard to deny the practical foundation for such advice. Those who are associated with entrepreneurship, on the other hand, probably have not heard any of that.

This is because the connotations of entrepreneurship are different. They include business, stock market, negotiations and money. Since we all know that time is money, this realm does not have time for lengthy contemplation and gentle shaping of opinions. A handshake and financial liquidity substitute the number of citations provided by Google Scholar whereas entrepreneurship textbooks have less pompous titles. Actually, the best textbook that one can find is a conversation with an experienced entrepreneur together with one’s own practice. After all, there is so much to do and so much to earn in this world. Why bother being stuck in a library?

At first sight, these two realms have nothing in common. But this is just the surface. Underneath, they are connected so closely that one could not exist without the other. However, there has to be someone who will explain this to others and help them realize that ideas really do have consequences; that the prices, the quality, the range of the products, as well as the ability to purchase them expressed both in the their amount and quality, is not determined only by the entrepreneurs who provided goods and now hope that they will be victorious in the competition called consumer democracy, and to those who, inevitably, for the good of others, of course, wish to tell them what and how should be produced. This is where intellectual entrepreneurs come in. Similarly to philosophers, they need to emphasize the role and significance of the idea. But they should be entrepreneurs as well, aiming at efficiency and “sale” of their “product”.

The Market of Ideas

For ideas, too, compete on the market and we cannot fall into the trap of believing that our ideas – our “products” – will be victorious just because we like them and we consider them good. They need advertising, as anything – or nearly anything – else that we can find in supermarkets.

We live in the times of relative abundance. The production of goods slowly ceases to be a problem and consumers can purchase more than ever before, live a better, more diversified and more interesting life than it was possible at any time in the past. It is not only this abundance that makes our lives better – capitalism and global division of labor help people recover from poverty all over the world on the daily basis. We are still far from achieving perfection, poverty is still a serious problem. But at a global scale, the poverty rate is much lower than ever before. What is the key factor on the market today? The sale, the distribution and the delivery of one’s product. This includes ideas.

The nightmare shared by ancient philosophers has come true – we can choose from numerous truths, and apart from the belief that our truth is ‘the’ truth, we need to remember that good packaging, skillful sale and, simply, attractiveness of the product certainly help to achieve success on the market. The supermarket of ideas metaphor is nothing new or innovative. But it is worth to remember about this and we, as libertarians, need to realize that just as nobody sticks to the canned beans produced by one company the whole life, people hardly ever stick to one idea or to only one way of organizing social facts throughout their lives. This is impossible. And we have to learn how to compete successfully on the market.

As advocates for liberty, libertarians have much to offer – many philosophers, economists and sociologists have developed sophisticated methods of explaining the social reality and provided us with different concepts of how to make it work more efficiently. All that is founded upon respecting liberty. What is more, freedom-minded historians are well able to point to examples from history when the elements of the philosophy of liberty have led societies to more wealth, safety and respect for the individual rights.

However, even the best suggestion will not make it without advertising. This is where the intellectual entrepreneur – a philosopher who engages him-/herself in the social life outside the ivory tower, harmoniously combining own theoretical background with the practice familiar not to a sage, but to a merchant – takes the floor.

Philosophy, just as any other profession, can be realized in various ways. Not every philosopher is fit to work didactically; not all philosophers should engage in advertising their school’s postulates. On the other hand, there are philosophers, who cannot feel fulfilled while dealing with their discipline exclusively at purely theoretical level and they wish to take action, to talk to people, to try to convince them, to engage in the life of their polis.

Examples? It seems that the most well-known active philosopher was Socrates. The history has given him a positive grade, although he is considered quite controversial (he probably would not mind that, though). He is known for philosophizing and inviting everyone to the discussions, asking people important questions related to issues concerning their mutual community. At least some libertarian philosophers should do the same – for obvious reasons. Of course, making use of the media that are more advanced than direct contact between individuals is a necessity of today’s world.

This is why the knowledge and skills that we usually associate with entrepreneurial activities seem to be a natural means to broaden the group of people that we can intrigue with our message. Liberty philosophers, as long as they are willing to come out to the agora of their polis, need to think the way the entrepreneurs do. How many coats can a tailor make in one day? Let us assume one. And how many would he be able to make if he appointed extra apprentices, bought new sewing machines and applied modern management system? And then, if his salesmen sold the coats in a shop so that he would not need to go through the whole process himself? Much more. The promotion of the idea is very similar.

Likewise, solid and efficient enterprises employing people armed with capital and skills, as well as their effective management, are able to produce change much faster – the change in the minds of our clients, not their wardrobes. Of course, such comparisons serve only to make the message clearer. Our product is even better than a coat. We can talk about the idea of liberty to other people, thus duplicating it without losing it ourselves. Material goods do not work this way.

However, we cannot forget about the division of labor. While the knowledge of the theoretical background of the idea of liberty is surely useful to anyone who wishes to spread it, the practice of doing so is not necessarily for everyone. Some feel better spending hours in a library and there is no point in driving them out of the labyrinth of shelves with books to talk to other people since they are simply not interested in this form of action. And this is good! Thanks to those of us who prefer contemplation over action, we gain a lot of fresh arguments and thoughts that can later be expressed by the intellectual entrepreneurs. And everyone can do whatever they see most profitable for themselves.

Our intellectual adversaries have already thought of all this. If we consider the promotion of an idea to be a sector of economy (although this perception is quite risky, I admit), we can surely notice that it has been nationalized to a great extent.

Most intellectual professions – even though they have been shaped and developed through the freedom of trade and sharing one’s skills and experience – are closely connected to the state. In Poland, the most important and richest universities are financed by the government. What is more, we have a Ministry of Science and Higher Education. And I believe that many other counties are in a similar position.

Additionally, there are also those entrepreneurs of ideas who work for the benefit of those ideologies that we are not necessarily fond of. Very often we find ourselves in a situation where apart from our own work, we have to pay close attention to the steps taken by our competition as well. We do have one thing in common, however. We work using our own money. They also work, using our money, the money taken from us through taxation. Nevertheless, there have been numerous cases when in a fair match, a smaller, but persistent private company managed to compete – and win – with a much greater one generously backed with the public money. So why could it not happen this time?

Right, I almost forgot. One very important quality of the intellectual entrepreneur of liberty is optimism.

This article was originally published on 4liberty.eu  – a platform for liberal thinkers from Central and Eastern Europe.

Marcin Chmielowski s a political scientist and vice-president of the Freedom and Entrepreneurship Foundation (Fundacja Wolności i Przedsiębiorczości) – a Polish educational think-tank concerned with promotion of libertarian ideas. He also has a PhD in Philosophy.