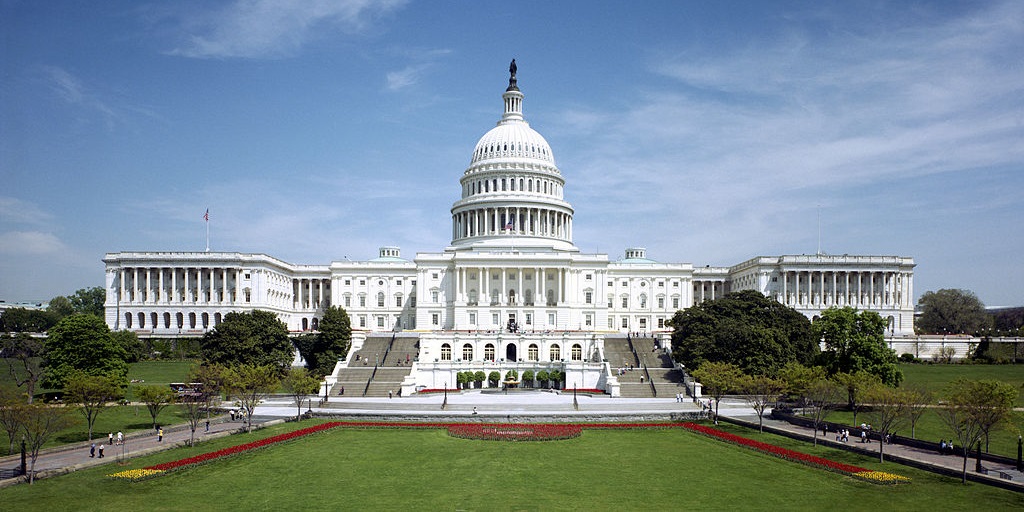 The United States Capitol, often called the Capitol Building, is the home of the United States Congress, and the seat of the legislative branch of the U.S. federal government: the House of Representatives and the Senate.

During campaigns, politicians, including presidential candidates, often make extravagant promises to woo voters to their side to win elections. Most politicians build their platforms and personal brands on a few emotional issues that are most likely to resonate with the voters in their key districts. They then promise to effect change on these issues if given the opportunity to hold office.

While many people scoff at some of these pledges as pure fantasy, research shows that most presidents make significant progress towards implementing the agendas they promote on the campaign trail.

It’s important to remember, though, that America is a democracy with checks and balances. Just because a president has been elected and made promises to push through a certain agenda, doesn’t mean that everything automatically accedes to his wishes. There is usually still a long process before real change can be effected.

In our current system of government, there are a lot of ways to implement policy changes that can have different effects on various sections of government, corporations and private citizens. Not every change a president wants to make must be done through with congressional approval or oversight. There are two main ways to implement policy changes on a large scale through the federal government: executive orders and Acts of Congress.

As of July 2017, President Trump had issued 42 executive orders. He has already faced judicial reviews on major issues in his orders, including his orders regarding immigration policy.

An Act of Congress is a statute that has passed through both the House of Representatives and the Senate. It becomes law after being signed by the President. The process for creating a bill that eventually becomes law is quite extensive. If you need a refresher, check out the Schoolhouse Rock video “How a Bill Becomes a Law” for a brief overview of the process.

There is very little overlap in the areas of executive orders and Acts of Congress. A president cannot introduce a bill to Congress on his own. The president can veto a bill sent to him by Congress, but Congress can override the veto with a two-thirds majority vote in both house of Congress.

You might be wondering, though, how you can make a difference in any of this since you likely aren’t the president or a member of Congress. As a representative democracy, we elect our leaders to speak on our behalf. While we can’t expect our elected officials to agree with our personal views on every issue, most legislatures understand they won’t win re-election by ignoring the collective will of the people in their districts. When enough people speak up, it becomes impossible for representatives to ignore an issue.

Aside from executive orders, the president can’t enact laws or change policy without Congressional approval. That means you need to stay informed about what’s happening in both branches of the legislature. Sites such as GovTrack.us and IssueVoter keep track of what bills are before Congress and notify you when votes are scheduled for issues you are interested in.

Before the 2016 election, many of us had never been motivated to reach out to our elected officials. Since November 2016, however, local, state and national representatives have been inundated with messages from constituents who are eager to voice their opinions.

If you’ve never reached out to an elected official, you don’t need to feel intimidated. Your message will be routed through a staff member. Don’t be concerned with making your position long or eloquent. Just let the official know you are a constituent and where you stand on the particular issue you are reaching out about. The staff member will make a note of your position and share it with your representative. It’s that simple, but still a very important part of the democratic process.

Staying informed and keeping your voice heard are important parts of the democratic process. An essential way to get involved is by voting in every election, and not only the presidential elections. Local elections are very important as well and often pave the way for policy changes on the local and state levels. The United States is a very big place, and the federal government can’t control everything that’s happening everywhere. Getting involved in local politics can make a big difference in issues that affect your day-to-day life.

Most importantly, don’t take any part of the process for granted. Though past presidents have been successful in pushing their agendas, it doesn’t mean they always will be, especially when citizens understand the entire legislative process and exercise our collective powers to exert pressure on our elected officials.

So, whether you love or hate the agenda of a particular candidate, it’s important to pay attention to what’s going on, because there’s still a lot of ways to influence policy, even if the president has already decided on a course of action on a particular issue.

Sandra is a freelance writer who regularly contributes to The Right Side of Truth. She watches politics like most people watch reality television and she loves educating people about how to get involved with the political process.