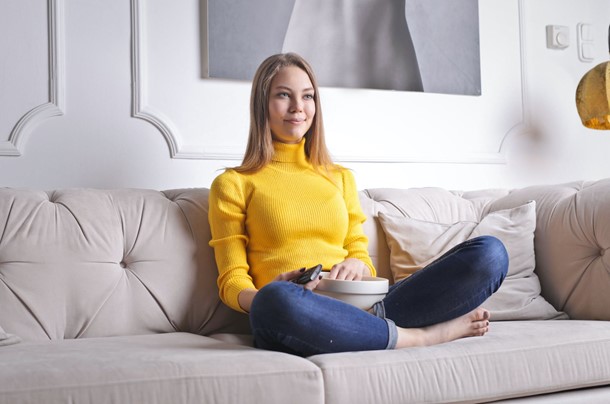 Over the last few years, true crime has been an incredibly popular genre. While it isn’t necessarily targeted to a specific audience, one study by Amanda Vicary, a criminal psychology expert, found that the popularity of true crime among women has increased by 16% since 2019.

Another study conducted by ABC found similar data when it comes to true crime podcasts.

So, why are women consuming more true crime content than men? Does it not seem a little morbid or harmful to your mental wellbeing? It might be just the opposite. True crime shows and podcasts might actually be helping women in a variety of different ways, which contributes to their popularity.

Let’s take a closer look at why women are so fascinated with true crime, and why it continues to rise in popularity on different platforms and streaming services.

Equality and validation are still major issues in our country. The representation of women is lacking around the world in the media, on the news, and in politics. Because most true crime shows dive into backgrounds and histories, it’s easy for women to see parts of themselves on the screen. That could include everything from sexual harassment to microaggressions like:

True crime shows can help to validate women’s experiences in life, whether they’re being talked down to in the workplace or harassed at a bar. Finding that validation on a show can help them feel like they aren’t alone. As a result, streaming true crime shows can be beneficial to your mental health. Too much “binging” of anything can be problematic and lead to turbulent moods, but, using true crime as a way to feel validated in your emotions or experiences can help you to get through them faster.

Nowadays, watching a show or listening to a podcast goes far beyond just consuming the entertainment. Many shows are discussed on social media platforms and online forums. This takes the value of representation and validation to a whole new level. Women can connect with others online to discuss the shows and meanwhile find even more validation from others who might have shared experiences.

Especially since true crime stories are real, it’s easy to get caught up in the actual story and the people involved. Most documentaries and podcasts go into great detail about the victims involved in certain crimes. They talk about their past, what they enjoyed, and what they were doing before the crime took place. Good interviewers even talk to family members and friends, creating a complete picture of a person.

Building a background on a victim makes viewers feel more connected to that person. So, if they are murdered or injured, it’s not uncommon to feel compassion. Studies have shown that women tend to be more empathetic, and most women report feeling more compassionate in their lives than their male counterparts do.

When you feel a connection with the person on the screen, especially when you know what happened to them, it can make it hard to stop watching. You might feel some heartache and compassion throughout the entire series and feel the need to see it through until the end. In some cases, these stories might even inspire you (or other women with an interest in the genre) to take action and become engaged in activities for women’s rights or protective measures.

It might sound odd to use true crime stories as a way to escape, but many people do. The interesting thing about true crime is that it allows women to experience a compelling story from a distance. They can even become instant detectives and problem-solvers, getting involved in the case as it unfolds.

Women are more likely to experience a lot of stress than men. One survey by the American Psychological Association found that 28% of women reported having a great deal of stress compared to 20% of men.

So, using true crime to unwind and escape from the “real world” can be therapeutic and beneficial. The women watching know they’re safe, and they realize that even though what they are watching might be grim, violent crime isn’t actually as common as it seems.

While the stereotype of women enjoying true crime shows and podcasts might be true, it’s interesting to look at some of the possible reasons behind it. We’re all looking for a compelling story to follow, and when you can escape with something like an unsolved mystery or crime documentary, it allows you to forget about everything else for a while. With that in mind, it should come as no surprise why women watch more true crime than anyone else.