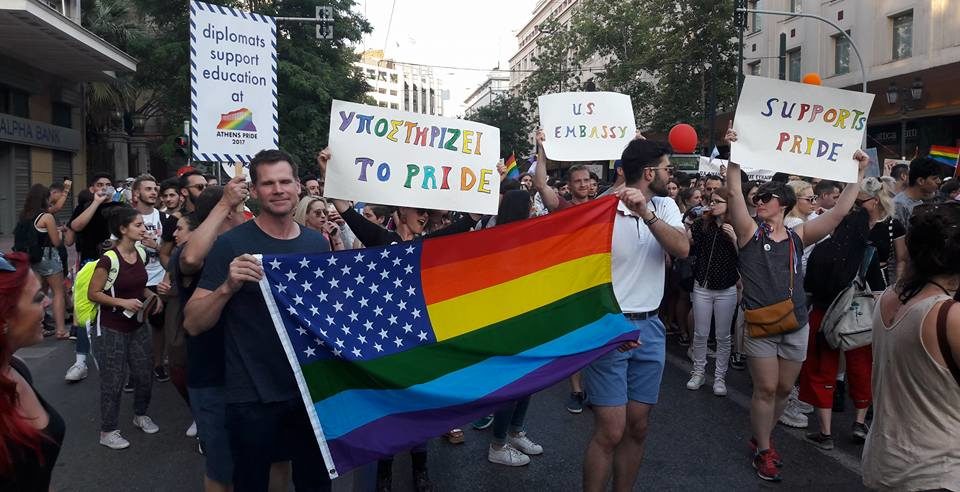 In our generation pride parades are considered by some people to be a capitalistic celebration, as it is all about drinks, branded underwear, rainbow products and “dirty” corporate sponsors. For some other people there is no need to organize pride parades as the LGBTQI+ Community has acquired “enough rights” and we can not give additional rights to “abnormal” people. Everyone has the right to say that and is free to believe in what he wants and that is perfectly acceptable.

I, however, believe that pride parades in 2017 are important and necessary. Pride parades are an anniversary, commemorating an incident that occurred in New York on June 28 1969. At StonewaII Inn, there was an invasion of heavy armed men of special forces, with the pretext of illegal sale of alcohol in a series of successive raids in similar bars in the area. The general harassment of gay and transsexuals had become routine. With the brutal and bloody episodes of StonewaII in several states of the United States since 1969, there have been demonstrations everywhere known as Pride, in which everyone demanded equality and freedom for the LGBTQI+ Community. 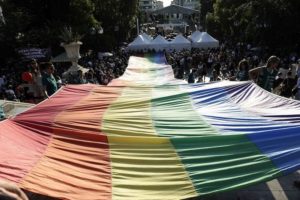 From 1969 to the present day, governments and society in general are changing the way they deal with LGBTQI+ people:  marriage equality, adoption rights, legal change of gender, right to blood donation are some of the rights that LGBTQI + community has acquired in some progressive countries. On the other hand, if you are LGBTQI+ in third world countries and some more countries (around 69-71 in total) it means death, torture, imprisonment, social exclusion and all the bad things you see in movies. That’s why we need Pride Parades today! For the LGBTQI + community to claim its rights, celebrate for those who can not celebrate and be themselves, to dismantle all the stereotypes and prejudices around the LGBTQI+ people and  especially to remember all the victims of homophobia, biphobia and transphobia.

Pride is a day for everyone! It is the day that everyone can feel at last who they truly are, experience the diversity of everyone, respect people’s way of life, and finally, people may change their minds and think that the LGBTQI+ Community is not different. Believe me… the LGBTQI+ is no different, it does not ask to be different. It only demands freedom, respect and equal rights for everyone! This and nothing else!

In Liberal Alliance, we respect, recognise, support and we are always next to LGBTQI+ Community and to every minority! We fight for LGBTQI+ rights everyday and we always dream of society which includes freedom and diversity. What about you?

Spyridon Mostratos is a member of Liberal Alliance, a political party in Greece, he recently graduated from high school. He is an active LGBTQI+ activist and as he says, he is “busy changing an unfree world”.