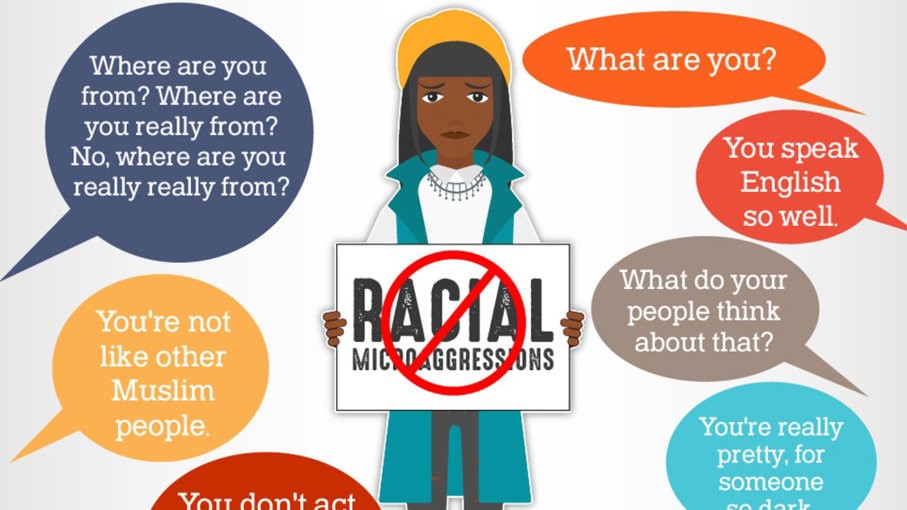 A growing body of research demonstrates that racism can cause mental illnesses, including anxiety, depression and post-traumatic stress disorder. There is evidence suggesting that racism also affects physical health and can result in high blood pressure and chronic headaches.

Some statistics collected by Dr Jessica Graham-LoPresti show that Black Americans are 20% more likely to report psychological distress as compared to White Americans. The data also reveals that on top of this, racial and ethnic minority youth with behavioural struggles are more likely to be referred to the juvenile system as opposed to primary care institutions.

In the wake of recent protests against police brutality, there has been increasing support to declare racism a public health crisis; a ‘deadly pandemic – one that kills both instantaneously and insidiously.’ But what is racism and how can we fight back against it?

Racism is pervasive and can take many forms. It is a system of beliefs, attitudes, behaviours, institutional and systemic approaches that degrade, belittle and devalue groups based on the colour of their skin or ethnoracial background. There are overt forms of racism or ‘macroaggressions’ such as being called a racial/ethnic slur or being physically assaulted/killed due to race. There are more hidden manifestations of racism, which are often referred to as ‘microaggressions’. The main issue with this form of ‘indirect’ racism is that it is often unintentional and therefore not recognised as racism per se. Microaggression can be any attitude or behaviour that carry the assumption of inferiority, criminality, or ‘otherness’ due to race. Even stating that ‘we talk about race too much’ or denying the existence of racial discrimination can be seen as a microaggression.

One of the classic examples of microaggression is when a person of colour is being asked the question: ‘Where are you really from?’

Asking someone about their ethnic heritage appears to be just a harmless, curious question. However, receiving this question over and over again can imply that the affected person does not truly belong in their county. Humans are social creatures, they require a sense of belonging for their wellbeing. If someone is constantly reminded that she is ‘other’ than the majority, she will feel like a ‘perpetual foreigner’ in the country she perceives as her home. Being a target of microaggressions on a daily basis can lead to ‘racial battle fatigue’, which is defined as a ‘cumulative result of a natural race-related stress response to distressing mental and emotional conditions.’ People of colour who experience racial battle fatigue are often left mentally, physically, and emotionally drained. In more severe cases, psychological symptoms can include depression, chronic anxiety, anger, frustration, shock, disturbed sleep, resentment, emotional or social withdrawal, intrusive thoughts or images, avoidance, helplessness and fear.

Even if someone unintentionally inflicts a microaggression on a person of Colour, they still make a negative impact on the recipient’s mental health, which can lead to serious consequences in the long term. Therefore, our intention is always secondary to the impact of our actions. The ultimate solution to this problem is racism awareness. We need to learn how to interact with people who look different from us. Instead of asking the question: ‘Where are you actually from?’ – you should pause for a second and think about why you ask this question and whether it is relevant at all. Eventually, if the person in question wants to talk about their race, ethnicity or national origin, they will bring it up at their discretion.

But racism does not only occur at the individual level but is also deeply embedded in the structure of our society. Structural racism is a system in which public policies, institutional practices, cultural representations, and other norms work in various, often mutually reinforcing, ways to perpetuate racial group inequity. It identifies dimensions of our history and culture that privileges White people and disadvantages People of Colour to endure and adapt over time. The main sources of structural disadvantages include poverty, unemployment, housing, poor neighbourhoods and education opportunities. These experiences impact mental health and mental health issues make it more difficult to escape from socioeconomic disparity. It is a vicious circle that can only be broken by changing the way our society works. Steps must be taken towards:

We all have roles to play in eliminating racism and ending white supremacy. If we are not moving against white supremacy, we are moving with it. It is not enough to say that you are not racist. If you accept that people are disadvantaged due to their race, you contribute to racial injustice. The least everyone can do is educating themselves, speaking up against racial discrimination and vote at elections to encourage positive societal change.