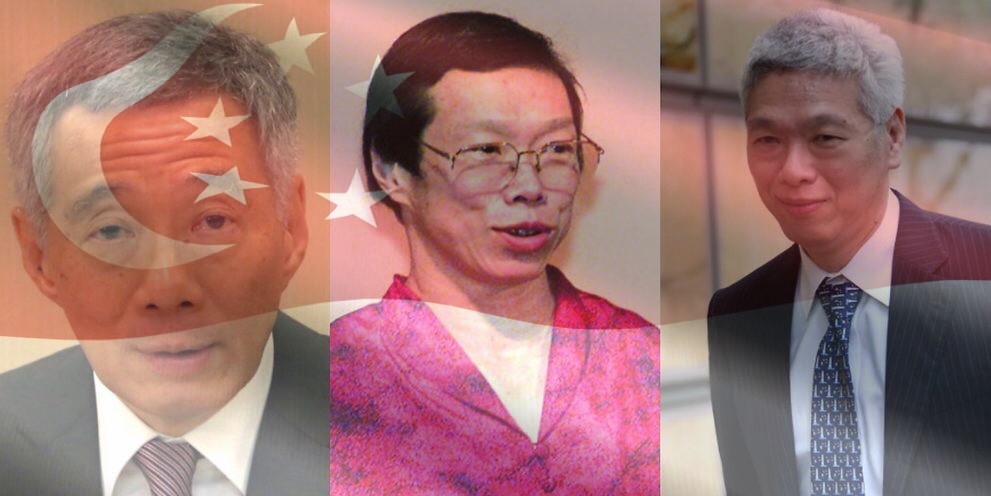 Singapore has been hit by political scandal. Yes, that clean, quiet, stable, protest-free city state; the one that’s supposedly good for business because there’s no political unrest and no independent trade unions. That Singapore. Yet, if you listened to the media here, you’d hardly guess it.

The siblings of Prime Minister Lee Hsien Loong have publicly accused him of corruption, abuse of power, and of threatening them and their families’ personal safety with instruments of the state. It was reported by international news media with much severity, and looked like something out of North Korea. Yet, in Singapore, the media have been trying to play it down, categorising it as a mere private family matter and of no national significance. But the fact is, this is the definitive family in Singapore, the one that has the most control over Singapore’s direction, and more relevantly, has the most insights into the inner-workings of the leadership. So when the Prime Minister’s siblings make accusations of oppression and intimidation that critics have long known about, they are not to be taken lightly.

Unless, of course, you play the role of the media in Singapore and want this to be swept under the rug. In fact, the morning after the accusations were made, there was no reference made to them anywhere in The Straits Times, the nation’s main newspaper. When it was finally reported, the article conveniently features the Prime Minister’s rebuttal to his siblings’ accusations, rather than the accusations themselves. Many others have noted similar styles of reporting in print and on television.

Reporters Without Borders ranked Singapore 151st out of 180 countries on press freedom. Even Li Shengwu, nephew of Prime Minister Lee, has made this accusation during this episode. The state-controlled press and media are masters of subtle propaganda and at infecting the minds of its citizenry with subliminal messages. They have had more than fifty years to practice, after all. For instance, Home Affairs and Law Minister K Shanmugam (who, incidentally, is also personally involved in the Lee siblings’ dispute) recently indicated that the government is looking into putting forth legislation that is designed to combat the spread of fake news, a phenomenon that has been largely blamed for Trump’s as well as other far-right nationalist parties’ rise around the world. This was lapped up by the local press without the slightest tinge of irony or self-awareness. 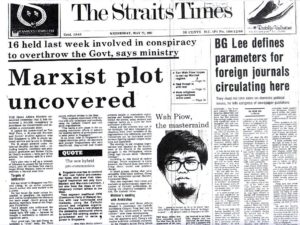 You see, while the spread of fake and unverifiable theories have no doubt propagated recently online, misleading many people, the state media has been peddling their own set of alternative facts for the longest time. On the many arrests of political opponents the government has made each decade, the media regurgitates the government’s narrative faithfully, that they were Communists (or later, when Communism was out of style, Marxists). On government policies, the media has mostly been used to persuade the public of only its positives. And, of course, it has the habit of decimating the reputation and credibility of government critics and dissent, even against many former comrades who have fallen out of favour, not unlike what is happening now. Given the government’s track record, one would not be remiss to question if such a legislation on curbing fake news is more about silencing opposition. Instead, the local media heaped praise on the incoming law. (Not to mention that the law is almost certain to pass, given that the ruling party holds an overwhelming 83 out of 89 seats in Parliament.)

The reason why the accusations by the Prime Minister’s siblings hold so much national significance is because it brings to light so many of Singapore’s past (and ongoing) abuses of power and betrayals of civil liberties. It’s unfortunate that many in Singapore won’t realise it because of the very same entrenched powers, even if some might have fallen out of favour. The irony seems to be lost on the two siblings, too, excusing their father, the late Lee Kuan Yew, for his own clampdowns on civil liberties when he was Prime Minister. The only difference this time round seems to be that they are the victims of that oppression. This brings to mind, Malaysia, Singapore’s neighbour, where the former Prime Minister, Mahathir, finally speaks out against the encroachment of civil rights and restrictions of freedoms when he is on the receiving end of it, despite the fact that his administration was very much guilty of the same.

The only way to prevent such abuses of power would be for the people themselves to be active citizens, staying engaged and informed, and playing a crucial role in how their country’s democracy should be shaped, rather than brushing it off as mere politics and leaving it to the elites. It is a cliché, but democracy is not a spectator’s sport. Rather than clinging on to the mentality of following the status quo, Singaporeans would be much better served by taking control of their own future, rather than leaving politics to the politicians. If anything, this event serves to highlight it, even if the state media does not.

Kenneth Lin is a member of the Singapore Democratic Party’s youth wing, the Young Democrats, as well as the Communications Team. You can reach Kenneth at: vipersonickenneth94@icloud.com