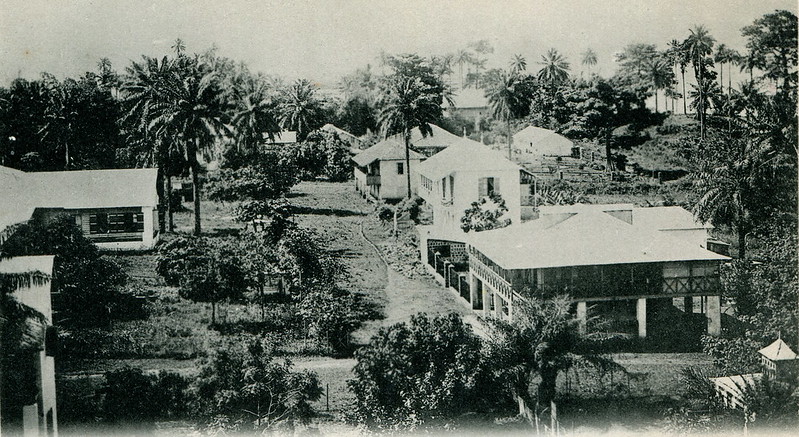 This article is probably one of the most challenging ones I have ever written.

The killing of George Floyd at the end of May made me speechless. Seeing pictures of a man, desperately begging for help, fighting for his life, choked to death, left me shivering. Though such incidents belong to the tragic reality in the black community, it made blatantly obvious that racism and violence against minorities are deeply rooted in society – even in 2020. But before I start, there are some things I have to be frank with you about: I was born and raised in Germany, as a white boy – son of an Italian mother and a German father. I’ve never had to worry about what to eat for lunch, nor was I surrounded by violence and danger. Although my parents divorced when I was little, I was still lucky enough to have a protected childhood with people around who cared for me. I got a solid public education and graduated from high school in a way that left me with plenty of options for my future. Though neither of my parents is an academic, I belong to the first generation in my family that went to university – a possibility that remains barred for so many other people around the world.

You may ask why I feel this is necessary to mention. I don’t want to be pretentious. I want to make clear that this is not another white boy trying to explain the world to those who are probably closer to the topic than he is. It rather poses an effort to raise awareness for the fortunate environment we – as Europeans – grew up in. This article is meant to show why Europe was able to prosper while other parts of the world were stuck in poverty. Talking about structural racism and racist ideologies always includes a confrontation with the past and this is a careful attempt to do so. To fully understand the racism that is at display today, we need to look at colonialism as the root of much of the structural and ideological systems that are still prevalent in the world, and that translate domestic inequality to an international phenomenon.

Colonialism is an undeniably dark chapter of our mutual European history. In the 19th Century, European countries started to colonialize the African continent. Though there have been earlier colonies that can be dated back to a period of time when Europe had sunk into the brutality of the Middle Ages, the colonization of Northern Africa marked the start for European predominance on the continent. But to explore whether and, if so, how, Europe benefitted from colonialization, it is necessary to take a step back. In recent discussions, academics, politicians and economists have been arguing about the question of whether the exploitation of the African land and peoples made Europe rich. This brings us to a chicken-and-egg problem. On the one hand, it is uncontroversial that slavery was an inhuman machinery that made trade, production and agriculture a whole lot cheaper. On the other hand, some circumstances have had to be present that Europeans were even able to enslave African peoples in the first place. The Industrial Revolution certainly marked such a decisive turning point in European civilization and development. Almost every aspect of life was affected – new jobs were created, others became obsolete, production became more efficient and opened up markets that were previously reserved for distant countries and regions. But at the same time, it enabled a new form of imperialism that is highly interwoven with the present world order.

Historically, resource-rich African countries relied a lot on the export of tea, cocoa, gold, platinum or coal. Just a few decades before European colonialism started, some of these resources (especially food products) were an expression of wealth and luxury, whereas now they have more and more became an integral part of our day-to-day lives. This has made these countries very vulnerable to economic shocks and at the same time dependent on importing commodities from abroad. Especially in these sectors, the exploitation of land and people were stiflingly high. To come to terms with and ultimately rectify our colonial past, it can be observed in current debates that the political left demands reparation payments, whereas conservatives consider foreign aid a kind of financial support that somehow compensates the economic and human damage caused in the 19th and 20th Centuries.

As we are talking a lot about privilege, the period of industrialization, colonialism and imperialism displays just how that works. If you compete in a 100m race and your opponent starts 10m ahead, nobody really questions who is going to win the race and it also does not really matter if one got a physical advantage over the other. To find a reasonable way of handling privilege, racism and stigmatism, we therefore should not get stuck on what hindered societies and economies to prosper in the past, but put a far more vigorous focus on what could break up deeply entrenched economic and social structures going forward.

I believe that neither the leftist nor conservative solution meet the requirements for us to have a free and fair world market. It does not help to consider Africa as a continent that needs our help – nor do the African countries want us to treat them like we owe them something. Mutual respect and recognition pose the only functioning foundation in a highly connected and interwoven economic system. I certainly do not support the radical libertarian believe that the market is able to solve every single detail of our everyday lives. But I do believe that partnerships on a level playing field, that are based on the same rules, present the best conditions for prosperous growth that in turn causes positive feedback on how we interact as humans. For far too long, we were divided by ‘us’ and ‘them’. We were not able to recognize cross-continent success without curtailing effort and outcomes. We were focused on what differentiated rather than on what unites. In my – certainly idealized – belief, our globalized world poses a unique challenge to think back to what really made us prosperous as humans: the pursuit of happiness and innovation, of progress and improvement. Because in the end – in spite of all differences – we are all made from flesh and blood. And we deserve a life in dignity, no matter on what piece of land we were born.