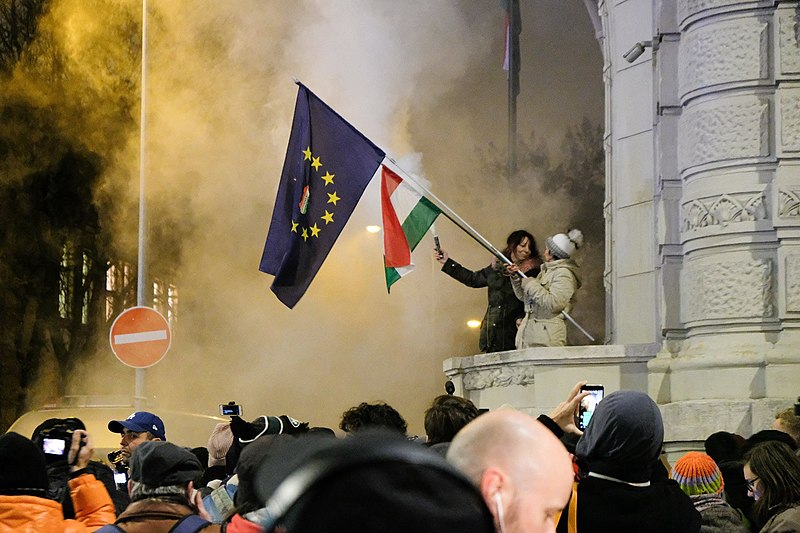 In her book `Twilight of Democracy`, the author Anne Applebaum takes a closer look at the rise of new authoritarianism in the world. One of the most interesting aspects of her work is her insight on how intellectuals and politicians, who were or at least once seemed to be staunch defenders of liberal democracy, indulged the lure of authoritarianism. To underscore this phenomenon, she depicts how personal relationships changed due to a rise in diametrical political positions. As an example, she describes two parties she organized, one at the end of the 20th century in the wake of the fall of communism and one in more recent time. She observed how her guest list fundamentally changed. The reason was that many of her former friends, politicians, journalists, academics and intellectuals, who used to be centre-right supporters of democracy, were now embracing far-right populists and authoritarians. A group that was once unified by the fight against communism now found itself split, with one side still believing in the moral superiority of liberal democracy, while the other side is supporting the populist right and trying to dismantle the rule of law. Possible explanations for this division are manifold, but the conclusion has to be unequivocal. The rise of illiberalism has to be addressed, and it must be opposed.

One of Applebaum’s case studies is Hungary and the party of Viktor Orbán, Fidesz. It recently made the news again when it left (or rather was forced to leave) the political group European People’s Party (EPP) in the European Parliament. The EPP includes the European Christian Democratic Parties in the EU, such as Angela Merkel’s CDU. The EPP had faced criticism for a long time for allowing Fidesz to be a member, while the party is actively dismantling democratic institutions in Hungary, restricting free speech and propagating anti-Semitism, homophobia and xenophobia. The EPP’s failure to call out Fidesz for its wrongdoings out of fear of losing a powerful ally has been disastrous. It is a misconception that appeasing authoritarians, such as Orbán, will stop their campaign against the rule of law. While the EPP and European leaders attempted not to antagonize Viktor Orbán, he was busy spreading anti-Semitic conspiracy theories and strategically extending his executive powers.

But the story of the EPP and the Fidesz party drifting apart also bears quite a few similarities to Anne Applebaum’s personal account. Fidesz was founded at the end of the Cold War by opponents of the communist regime. It embraced, in the beginning, economic and social liberalism and was a member of Liberal International. It slowly turned more conservative, and in the last decade, under the leadership of Viktor Orbán, it became the role model of many other far-right parties in Europe and the world by taking an extreme anti-immigrant/anti-Islam stance (despite there only being approximately 5000 Muslims among the 10 million members of the Hungarian population), concentrating power through constitutional changes and attacking independent media. Viktor Orbán, the leader of the party,  made an astonishing transformation himself, from supporting liberal democracy to actively undermining it. Having been opposed to the communist regime, he was able to study in Oxford due to a grant by an organization that he worked for. The organization was founded by the Hungarian-born philanthropist George Soros and became to be known as the Open Society Foundation. The Viktor Orbán of today can certainly be described as an enemy of the Open Society. Orbán, for example, orchestrated a vile anti-Semitic campaign against his former sponsor, claiming that EU leaders are following Soros’s orders to let more migrants into Hungary. But even more worrying is his distaste for core concepts of liberal democracy, such as freedom of speech and the rule of law. His dismantling of democratic institutions in Hungary (stacking the constitutional court with allies, forcing the early retirement of judges, pushing a university out of Hungary) has become a blueprint for authoritarians worldwide. And everyone who opposes him is denounced as an enemy of the Hungarian people.

While the EPP waited for way too long to act decisively, Orbán’s intentions have been unambiguous. They do not differ very much from other authoritarians in Poland, the US or Russia. He himself coined the term illiberal democracy and declared that his intentions are:

In Orbán’s world, the apparent national interest trumps everything: the individual, the judiciary’s independence, the right to free speech. Supporters of the liberal cause should take Hungary as a cautionary tale that democracy without the ancillary “liberal” in front will lead to a steady decay of freedom for the individual.

But the danger of Orbán’s and Fidesz’s policies can probably be best described by Viktor Orbán himself. In 1993, before his autocratic transformation, Orbán attacked the then-government of Hungary by declaring:

“The leaderships of the governing parties (..) are very much inclined to reject criticism of government policy by suggesting the opposition or media are undermining the standing of Hungary, are attacking the Hungarian nation itself. Such statements do not augur well for the future of democracy. Such an attitude indicates that the leaders of the ruling parties tend to conflate their parties and their voters with the nation, with the country. Sometimes, in moments of enthusiasm, they have the feeling that their power is not the consequence of a one-off decision of a certain number of Hungarian citizen but that they express, in some mystical manner, the eternal interests of the entire Hungarian people.“

The government of Viktor Orbán today acts very similarly to the one Orbán once criticized. The case of Fidesz and the EPP highlights that the illiberals among us have to be called out, even if they used to be on the same side.