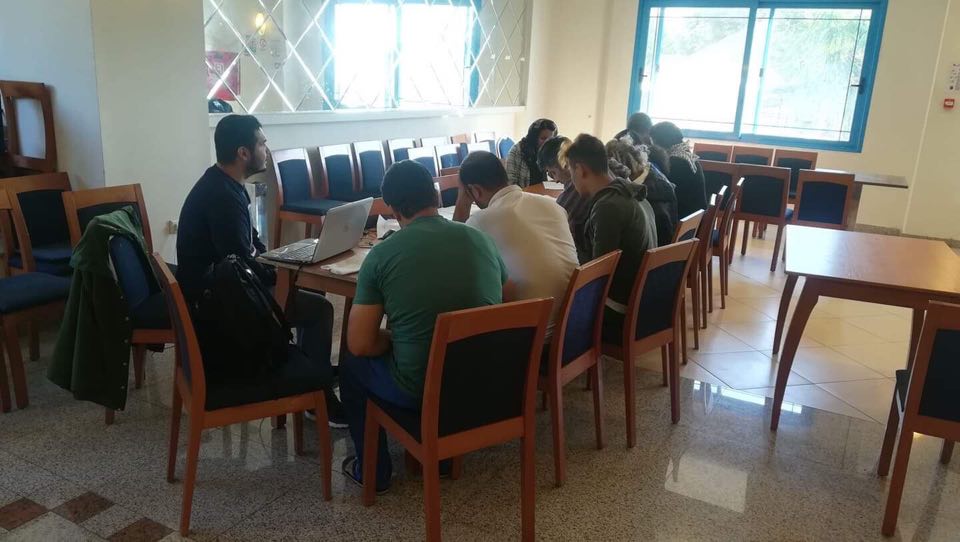 Greece is one of Europe´s Mediterranean countries. Over the last few years, the Mediterranean Sea has developed from a mere touristic attraction to a dangerous route for people who escape war and terrorism to enter Europe. After its financial, crisis Greece cannot be considered a stable country itself, so that the challenge to face such a large number of migrants was enormous. For two months now, I have been able to look deeper into the topic of refugees in Greece. For my voluntary service, I have been working with migrants since September 2019 and faced many challenges only in this short amount of time. Before starting my Erasmus year I had been working with refugees in Germany for many years. Therefore, I considered myself to be prepared for what was waiting for me in my work in Greece, but little did I know about the situation.

The people my organisation is allowed to work with come from Afghanistan, Iran and Iraq. Based on their country of origin, they are divided in two different camps. One of them mostly hosts people from Iran in a village of white containers. We are not allowed to enter this camp, because of strict controls at the entrance made by the state.

The other group of refugees are accommodated in a hotel 11 kilometers outside of the city. The hotel was transformed into a refugee camp over the last years to create a safe accommodation for its residents. Over 1000 people from Afghanistan and Iraq live in this hotel, so that space becomes a very limited resource. Regardless of the number of family members, one family is allocated one room to stay in. The rooms are well provided, with everything necessary, but the people still lack in perspectives and occupation. Most of them do not have an engagement or employment. Especially young people, who left their country searching for new perspectives, are frustrated. The distance to the city also problematizes the contact of refugees to the local community, so that they are isolated from the population.

Furthermore the Greek population is still dominated by conservative ideas and mind-sets. Refugees are tolerated, but not welcomed or supported. “In Serres the people are ok. They don’t like us but they are ok.” explains Hashem, one of the refugees of the Alexander hotel. “ Only in bigger cities like Athens we had some problems with the people, some of them are just racists”. The Alexander hotel is serviced by IOM, the International Organisation of Migration. They are providing psychologists to overcome the traumas of refugees’ journey and background, and lawyers to simplify bureaucratic processes. The presence of IOM and their support in the camp improved the circumstances, as well as the living conditions of the residents in the hotel.

There are also other organisations like Lifting Hands or our local organisation PRAXIS, which support the refugees with more rations of food, clothing or other necessities. We as volunteers are especially responsible for providing language lessons. Many of the migrants are interested in learning European languages such as Greek, English or German. Surprisingly however, the interest in the language of the country of their current location, Greece, does not seem to awaken their interest too much. The northern European languages like English or German attract the attention of our students. The languages are attractive because they are spoken in the country which is the final destination of the people living in Alexander hotel.

In conversations it becomes obvious that Greece is just a temporary destination for many. It is the gate to countries like Germany or the UK with better perspectives, more jobs and a better salary — or at least that is what they expect to find there. Although their journey to Europe has been a traumatic and horrible experience, many refugees have kept their hopes high to finally settle somewhere in Europe. “ I don’t want to stay in Greece,
but I don’t care which country I get in after. I just want to study, a family and perspectives for my kids.”, tells me Hashem, a 31 years old man from Iraq.

A better future and education for the new generation are often times the objectives that induce migrants to leave their own country and come to Europe. In the camps in Greece, the percentage of children within the community of refugees is extremely high. Little children and babies, are crawling around without their parents or any other supervisor. Often times the parents of these children are not even present to supervise them, not because they are slighting them, but because they are not in the same country. The kids stay with their uncle, aunt or any other adult person of their family that wanted to offer a future to their descendants. Therefore one adult person is responsible for all the children of their family to build them a future in Europe. Instead of supporting the refugees in providing education to their children and themselves the Greek government hinders it through complex bureaucratic processes. Many of the children have to wait months to attend a school and many adults stay years in the camps waiting for their ID to apply for a job.

It is frustrating and heartbreaking to see the hopes and ambition of the refugees being destroyed by this state of stagnation. Since the mass migration of 2015, the governments of most European countries failed to integrate the refugees into their society. It is now the duty of the international community to secure the future of the people who left their country for valuable reasons.