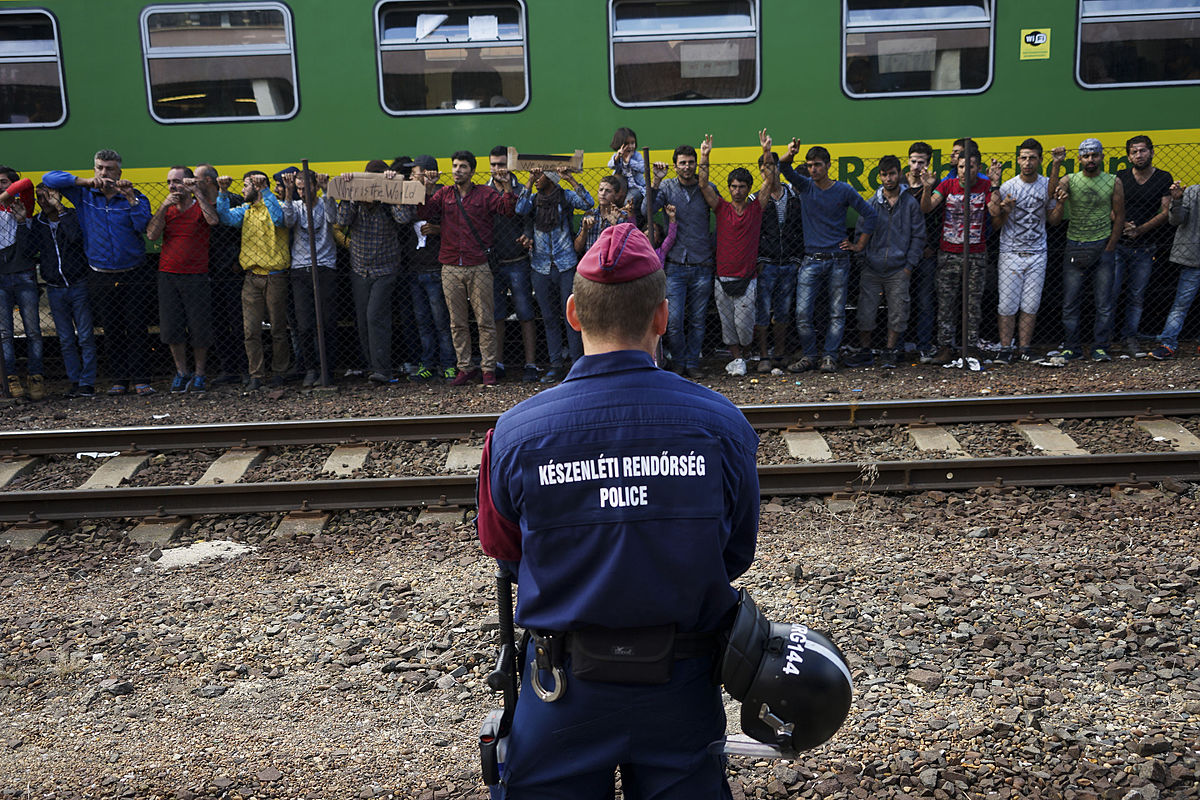 The EU-Turkey deal was celebrated by politicians all around Europe as an example of successful European cooperation on a highly pressing issue. It seems to have been effective in discouraging illegal crossings from Turkey to Greece. But is this really a sustainable solution? And how can European countries share the burden of accommodating the hundreds of thousands of refugees that have already entered the EU and the many more that will follow?

This article is the second in a series of articles in which we, the foreign policy working group of the Dutch Young Democrats (Jonge Democraten), cover the refugee crisis on three different levels. In the first article, which can be found here, we concluded that investment in international development is critical for preventing refugee flows. Here, we will discuss the European perspective and make some suggestions for a sustainable and coherent European strategy. In the upcoming and final article, we will look at the issue from a national perspective.

The current European strategy is unsustainable for a number of reasons. First, the EU-Turkey deal shows that discouraging refugees to use a particular route will only push them to other, more dangerous routes. While the number of refugees crossing from Turkey to Greece and other European countries has indeed fallen since the signing of the EU-Turkey deal earlier this year, crossings from North-African countries to Italy, an infamously dangerous route, have risen sharply since the signing of the deal in March.

Secondly, the use of funds and other policies, such as visa or EU accession policies, as bargaining chips for collaboration with neighbouring countries on managing refugee flows, as was the case in the EU-Turkey deal, risks undermining the credibility of the European norms, values and standards. It would be highly undesirable if refugee flows were to be used by foreign leaders as leverage for their own foreign policy objectives.

Thirdly, the fact that a small number of countries within the EU and in the region are carrying the highest costs, both financially, socio-economically and in terms of security, while other EU countries are hardly affected, undermines European solidarity and with it the European project as a whole. Refugee settlement in the region, on the other hand, risks overburdening the already stressed societies of Turkey, Lebanon, Jordan, Iraq and Egypt, which collectively host over 4,5 million refugees.

The EU fails to agree on a fair and sustainable system to share the burden of providing asylum to refugees. While many agree that the burden should be shifted from the border states, which currently have to process the applications of most of the refugees in accordance with the Dublin Regulation, Europe’s answer to this issue, the  Emergency Response Mechanism, appears to be politically infeasible and unsustainable. The mechanism, which would allow the EU to forcibly relocate refugees according to predetermined quota, was recently subject to a non-binding referendum in Hungary, which was only defeated due to low turnout. The strong aversion towards the quota system is however shared all around Europe, which makes it unlikely that the required number of relocations can be attained in the near future. More importantly, the emergency mechanism is illiberal and unsustainable, as relocation usually goes against the wishes of refugees.

A sustainable European strategy for the intake and relocation of refugees would need to eliminate the dependence on neighbouring states and guarantee a fair distribution of the burden of processing and accommodating refugees. At the same time, the rights of refugees need to be respected and illegal crossings should be discouraged. This requires a strategy that is radically different from the current European strategy (or lack thereof).

To prevent refugees from risking their life for asylum in Europe we would argue for the implementation of humanitarian visa that can be requested at any embassy of an EU member state around the world. Eligible refugees can use these visa to legally enter the EU and request asylum at any EU member state. Appropriate criteria for eligibility could be established in consultation with the United Nations High Commisioner for Refugees. This would completely eliminate the necessity of using illegal ways to enter the EU, thus breaking the business model of human traffickers, and reduce the dependency of the EU on neighbouring countries.

Of course, the burden of processing applications for humanitarian visa and the costs for the provision of asylum need to be shared among the EU member states. Therefore, a necessary condition for this policy to work is for all the members to pool funds to provide for the common refugee and asylum policy. A fair distribution of the costs of the asylum policy would reduce the current free-rider problem, which allows some countries to take in very few refugees and provide little in return.

Allowing refugees to enter the EU with humanitarian visas could lead to a sudden boom in incoming refugees, particularly to the most developed countries in Europe. To prevent overloading the already stressed institutions it would be wise to carry out our proposed policies step by step. One way to do this would be to first restrict humanitarian visas to refugees from only the most dangerous regions, so called 15(c)-refugees, and later expand to other refugees.

A fairer and more just European refugee system is key in limiting human suffering. Refugees will put our societies and ourselves to the test. It is therefore paramount to rethink both European and national policies in order to not only facilitate refugee placement and integration, but to create an all-encompassing plan to ensure a safe, inclusive and prosperous future for all.

In the following article, which will be published in the coming two weeks, we will focus on the national perspective on the refugee crisis. Stay tuned!

Julian Slotman has studied Public Policy and Economics in Maastricht. Maya de Waal has studied European Studies in Enschede and Münster. Both are active members of the foreign policy working group of Jonge Democraten.