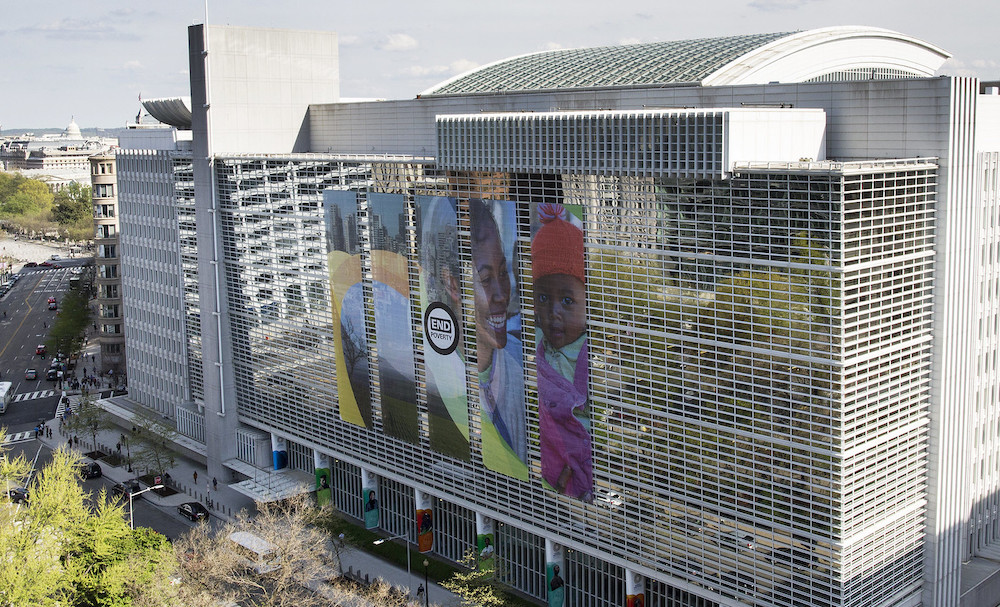 In 2017, the World Bank launched “Pandemic Bonds”, specialized bonds to provide financial support to the Pandemic Emergency Financing Facility (PEF). The creation of the PEF was announced by the World Bank in May 2016 at the meeting of G7 finance ministers and central governors in Sendai, Japan. The PEF is financed with more than $500 million, to cover the heath expenses of developing (or poor) countries in the case of a pandemic.

The PEF consists of two parts: an “insurance window” and a “cash window”. The insurance window consists of a $425 million “insurance account”. The money is provided by the private sector through a combination of bonds and derivatives. In June 2017, bonds were issued to private sector buyers. These bonds will “mature” on July 15th – meaning the money will be paid back on that date, unless it is paid out to countries in the case of a pandemic. In return, investors are paid interest on the money they invest, with the interest being paid by Japan and Germany. The second part, i.e. the cash window, consists of donations made by Germany and Austria. It amounts to $64 million.

In the event of a pandemic, the investors who bought Pandemic Bonds will lose a large part, if not all, of their investment. The funds are paid to the poorest countries facing a health catastrophe. It is noted that the firm AIR Worldwide Corp (the calculation agent), acts as an arbitrator to the World Bank, determining when the funds are paid out. With Covid-19 currently raging around the world, what are AIR Worldwide Corp and the World Bank waiting for to trigger them? Are there not enough damages and disasters caused by this pandemic in the world, especially in the most vulnerable countries? Are they waiting for more people to get sick or die before giving funding to the states that need it most? With the money, these states will be better able to cope with this pandemic, and thus will be able to save more people exposed to Covid-19. As astonishing as this may seem, there is an obvious reason for this: the trigger conditions are too rigid and restrictive. Before money can be paid out, 12 weeks must elapse after the onset of the disease, with the World Bank adding an additional two and a half weeks to determine whether the final trigger conditions are met, and a report that must subsequently be submitted to the World Bank and the bondholders, also with a few days of studies and observations.

At present, it can certainly be argued that the results may be “final and binding” on the World Bank and the bondholders. I therefore urge the World Bank to find a rapid way to transfer these funds to low-income countries. For neither the number of deaths, nor the speed at which the disease spreads and crosses international borders – conditions that need to be met for the fund to be triggered –  need to be demonstrated and proven. Less than a month ago, only one country in sub-Saharan Africa, Senegal, was affected by the epidemic. With more than 25,000 deaths worldwide, today no one is unaware that Africa now has more than 3,300 cases and 90 deaths.

The call for a suspension of debt payments by poor countries made by the IMF and the World Bank is undoubtedly an excellent initiative, giving these developing countries the capacity to directly finance their urgent needs in the fight against this viral pandemic. This is the best formula that the World Bank can propose. Now, with all these drastic conditions listed above, it is easy to understand why Bloomberg announces that the disbursement will probably take place on May 15, which, given the speed at which this disease spreads would be very late. AIR Worldwide and the world bank must know that any delay, be it days, hours, minutes or seconds, will cost lives and expose the lives of thousands or even millions of people.

Meissa M. LO is a young liberal who was born in Senegal. After his bachelor’s degree in management and business development where he graduated at the top of his class, he did a master’s degree in “Financial Expert” and then an Mba in trading and asset management. Today, he works in market finance and is a junior consultant on derivatives (Trade change) in a French bank in Paris, where he currently lives. He is the author of several articles published by Investing.com including: the need for corporate financing in African stock exchanges, the new currency “ECO” for a more dynamic and integrated financial market.