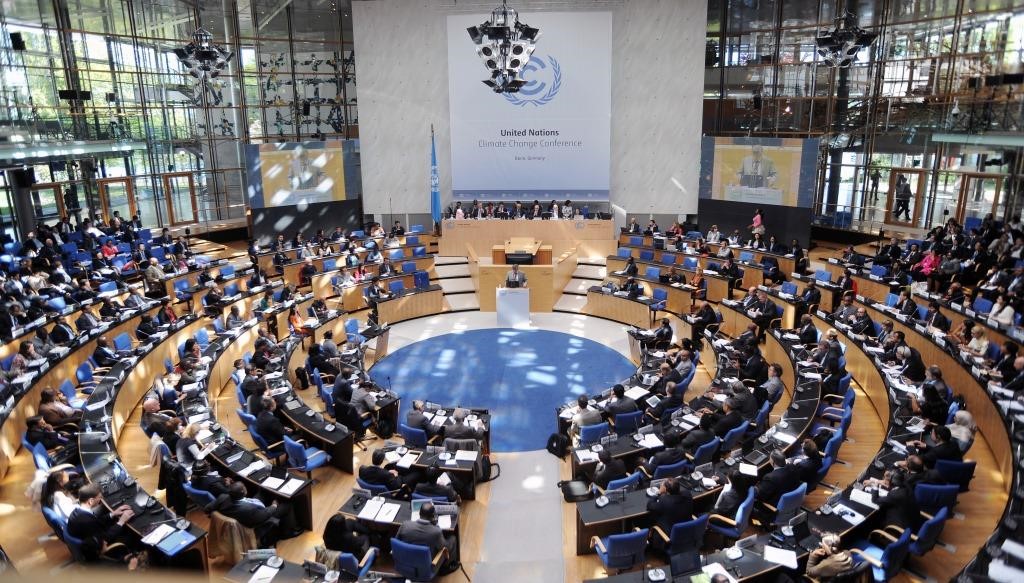 2018 is one of the most critical years for environmental policy since the historic Paris Agreement was struck in 2015. World leaders have adopted and signed the Paris Agreement but now the hard work of implementing is just getting started. 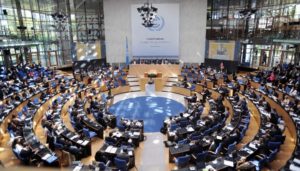 The Paris Agreement comes into force in 2020 and there is as of yet no set of go-to rules to implement it. The Paris Agreement Work Program, also known as the “Rulebook”, is the framework that will bring life to the vision of the Paris Agreement. The deadline to finalize and adopt it is December at the UN climate negotiations in Katowice (COP24).

Getting consensus from countries on climate action is not an easy task. Last year, the UN climate negotiations in Bonn (COP23) launched the Talanoa Dialogue – a facilitative framework inspired by the Fijian word Talanoa to reflect participative dialogue – but saw disagreements over finance.

Governments also need to step up climate targets (NDCs) as part of the Talanoa Dialogue to meet the Paris Agreement goal of limiting global warming well below 2°C by the end of the century.  Time is ticking –  governments must intensify efforts at the SB48 Intercessional meetings if they wish to reach agreement at COP24.

Governments are convening in Bonn, for the 48th Meeting of the Subsidiary Bodies (SB 48), a technical session that advances work for COP. The session will center on the Paris Agreement Work Program and the Talanoa Dialogue, and it is expected that governments will come out with legal negotiating texts as basis for negotiation at COP24.

The central questions currently being discussed at the UN climate session in Bonn are: how to go about implementing the Paris Agreement? What instruments will be used to measure progress on the agreement’s goals? And most importantly, how to ensure compliance and build trust among parties?

According to the Earth Negotiations Bulletin issued on the first of May 2018, the key technical provisions that governments will need to address are as follows: climate mitigation and Nationally Determined Contributions (NDCs), climate adaptation, transparency frameworks, climate finance and the global stocktake.

These provisions will define ways to measure and report greenhouse gas emissions, and how to review and step-up national actions (NDCs) every five years to assess collective progress towards Paris Agreement’s goals. This is particularly important in the context of the UNEP’s Emissions Gap report which estimates that current national pledges only cover a third of the emissions required. 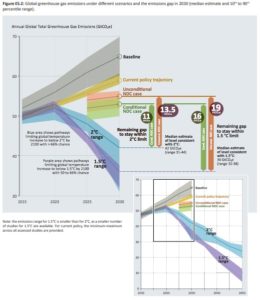 To make the Paris Agreement fully operational, countries will need to strike a technical and political balance in the implementation package. This can often be difficult. In the case of the Enhanced Transparency Framework, some countries advocate for a “built-in flexibility” to account for developing countries’national circumstances, capabilities and vulnerabilities. In comparison, other countries advocate for a more universal approach that would deliver greater ambition but lack differentiation and flexibility. Finding the middle ground and balancing the diverging interests of countries while providing a systematic basis for reduction of emissions will be challenging.

Another point of contention is regarding the development of climate finance. Current climate finance efforts have been insufficient to address the needs of countries vulnerable to the effects climate change.  “If in 2018 countries really want to make a change and are committed to making the Paris Agreement robust, sustainable and fair, finance cannot be left behind.” Said Climate Action Network-France Policy Advisor, Lucile Dufour. The closest the UN has come to process for sorting out these provisions is the Talanoa Dialogue. The Talanoa Dialogue facilitative framework was launched last year after COP23, and it uses the Fijian word of Talanoa, a process of inclusive and transparent dialogue. It is a global conversation involving both parties (governments) and non-party stakeholders (i.e. civil society, local governments, businesses, et al) about the efforts to address climate change – basically what is working and what it isn’t working. The Talanoa Dialogue focuses on three questions: Where are we? Where do we want to go? How do we get there? 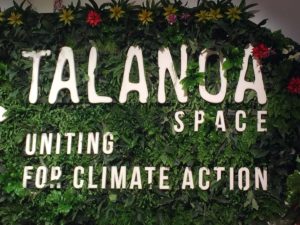 The goal is that through these exchange of stories and experiences, countries will increase climate action (enhance their NDCs) before 2020 – before the Paris Agreement implementation. Through the Talanoa Dialogue online portal, countries and non-state parties can make their submissions and see the submissions of others throughout 2018. At COP24 the Talanoa Dialogue submissions will help inform NDCs as part of the political phase.

The Road to COP24: from vision to concrete action on climate

As UN climate chief, Ms. Patricia Espinosa points out, COP24 will be Paris 2.0: “In Poland, as I call it Paris 2.0, we will put together the pieces, directions and guidelines in order to make the framework really operate”.

In many ways SB48 and COP24 will be a test for the credibility of the Paris Agreement and a chance for the international community to demonstrate commitment and a concrete plan to deliver results. If, during COP24, countries fail to adopt the rulebook, or they adopt a watered-down version, the Paris Agreement will have no effect and will fail to deliver the action needed to address climate change.

How can we build trust among countries to leverage collective action on climate? How can we lay down a foundation for the Paris Agreement implementation in a way that advances an equitable and fair path to low-carbon economy? These are some of the questions remaining.

The process is set in motion. Will the international community deliver the results?

The IFLRY Climate Change Programme will be participating in COP24, and we’re sure to have lots of updates – so stay tuned!