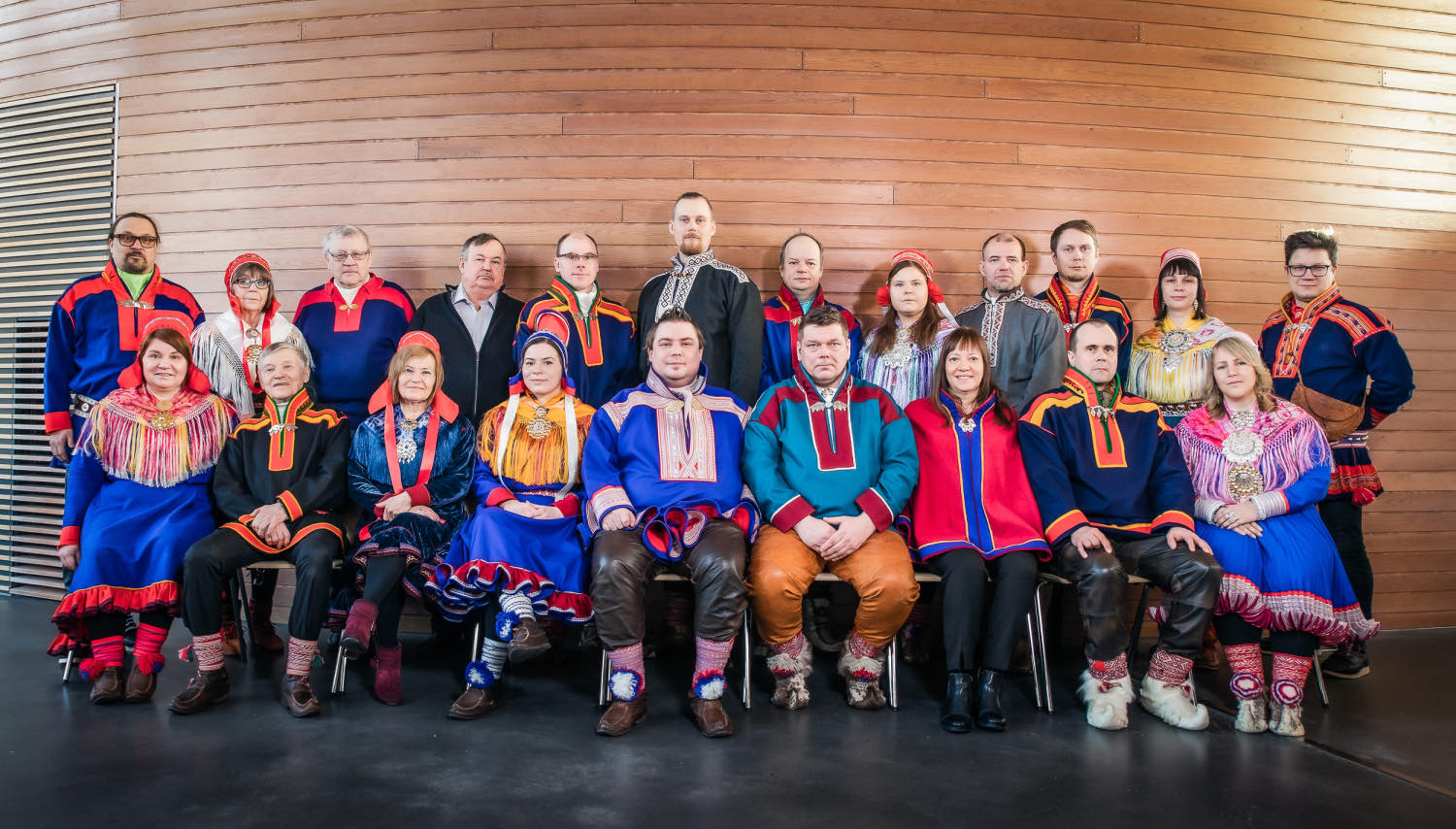 At the end of October, I had the possibility to travel to the northern part of Finland for a study trip. The aim of the trip was to learn about Sámi culture and the Sámi people – one of the few indigenous peoples in the EU living in Sápmi, a cultural region stretching over Russia, Finland, Sweden and Norway. Even in Finland, you learn surprisingly little about the Sámi people in school, so my knowledge about them was (and still is) embarrassingly limited. The trip gave me a lot of insight and understanding, but mostly it gave me a perspective I didn’t know I was missing.

Being a member of, and working for, a political party trying to do its part to protect minority rights, I  have been interested in the rights of Sámi people since I became politically active five years ago. Maybe the fact that — as a Swedish speaker in Finland — I belong to a language minority myself, has sparked my interest in understanding other minorities. Little did I know that the Sámi people living within Finland’s borders are speaking three different languages. Even though we might share the same frustration that comes with speaking another language than the majority in your home country, I can’t compare my situation to theirs. Besides belonging to a minority, they are also indigenous peoples. The Sámi people are being discriminated against and denied indigenous rights in Finland. I can’t compare myself to another minority, and I don’t understand what it’s like being a Sámi in Finland. Thus, this study trip gave me a lot of useful insights to reflect on.

We also met with a candidate for the upcoming local elections, Sammol Lukkari. He told us about some of the challenges the Sámi people face. These include the right to use their own language, laws on fishery and reindeer herding that are out of date, and freedom of movement. The restrictions regarding freedom of movement became very concrete when we drove to the northernmost point of the EU in the town Nuorgam and met with a local entrepreneur. He lives right next to the Norwegian border and the majority of his customers are Norwegian. Many of his friends live in Norway, just a few hundred meters on the other side of the Karasjohka river. Since the COVID-19 pandemic began, travelling between countries is much more difficult. This is of course understandable because no one wants the virus to spread. However, Sámi people are not living as Russians, Finns, Swedes or Norwegians, but as Sámi people in the region Sápmi. They have never lived according to the borders between the four countries and suddenly his customers can’t cross the river to visit his store. The whole situation felt unreal and unfair looking at the houses on the other side of the narrow river.

Furthermore, we had the joy of meeting a local reindeer herder. She invited us over for lunch in a traditional Goathi and told us about her experiences growing up as a Sámi. She, and her family, were ashamed of being Sámi and speaking a Sámi language. They began speaking Finnish and soon, she had forgotten her mother tongue. I sometimes feel awkward speaking Swedish in Finland – growing up I experienced a lot of stereotypes and negative feelings related to my language – so her story hit close to home. As an adult, she learned a Sámi language again (not her original mother tongue though, as it is difficult to find any courses where she could learn it). She is now proud of being a Sámi and enjoys being a reindeer herder – but her mother still refuses to speak any other language than Finnish with her.

As a reindeer herder, there are factors that worry her and make the future unpredictable, e.g. mining, climate change, unsustainable tourism and large-scale projects such as wind power. These affect the environment in a negative way. Indigenous communities’ contribution to fighting climate change is far greater than previously thought – it is estimated that their forestlands store carbon up to four times the total global carbon emissions in 2014. Ratifying the ILO 169 convention would guarantee the Sámi people’s the rights to preserve their livelihood and the right to their land in Finland – which would contribute to the indigenous people’s role in the fight against climate change. Besides renewing the Act on the Sámi Parliament, the ratification of the Convention would definitely make the lives of Sámi people a bit easier, by giving them the right to further develop their culture and obligate the authorities to initiate measures to support this work.

After meeting with politicians and entrepreneurs over the course of four days, I feel grateful for the fact that I got this opportunity to learn and understand. I now know a little bit more about Sámi culture and a little bit more about my own country as well. I don’t think it is my place to advocate for the rights of Sámi people – my knowledge and understanding of it is too narrow. However, I can contribute by continuously learning more and using the network that I have to discuss what I do know and understand. If you want to learn more about the rights of Indigenous peoples, I highly recommend following the project Walk with our people (https://www.walkwithourpeople.com).