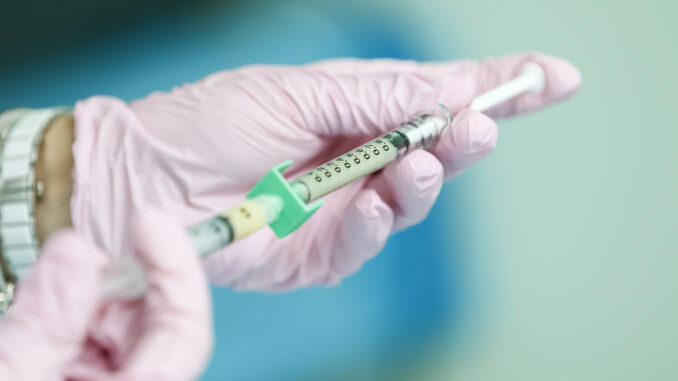 During the ongoing COVID-19 pandemic, vaccines were created in record time. Such a pace has never been seen before as most vaccines take years to develop, but thanks to newer technologies and methods, we were able to achieve the goal earlier than expected. Billions of doses were made available in a very short time, but most of them went to high-income countries, which created an uneven environment for vaccination and subsequently created an environment that promoted the rise of newer variants. An international alliance under the surveillance of organizations such as the WHO and GAVI (Global Alliance for Vaccines and Immunization) was created, the purpose of which is to provide jabs to nations that were left out in the normal procurement process — most of which were low income countries.

This alliance, COVAX, has also been struggling to get enough doses, as most of the vaccines have already been ordered by wealthy countries. The manufacturers argue that vaccine production is already running at full capacity while demand is too high. Therefore, many countries and individual organizations are arguing that vaccine patents should be suspended in order to ramp up production of vaccines globally, but the argument isn’t that simple. Those against lifting patents say that this is not a sustainable solution but will only lead to more problems.

A patent is an intellectual property right that legally prevents others from making or using an invention for a specified period of time. According to the TRIPS Agreement ratified by the World Trade Organization, it is required for each country to have some sort of patent system for new inventions. The purpose of patents is mainly to encourage innovation, which is why patents usually have strict criteria that mostly focus on the fact that the invention to be placed under patent protection should be new and capable of industrial application.

Who are the groups/countries and individuals calling for a patent wavier?

There’s a clear divide between rich countries and poorer countries during this pandemic with almost a hundred mostly middle to low income countries advocating for patent waivers. However, India and South Africa have been the most vocal. The main argument for the lifting of patents is that it will substantially increase production of vaccines. India and South Africa jointly authored a detailed proposal on supporting the idea of patent waivers.

“What this waiver proposal does is it opens space for further collaboration, for the transfer of technology and for more producers to come in to ensure that we have scalability in a much shorter period of time”, says Mustaqeem De Gama, counsellor at the South African Permanent Mission to the WTO, who helped write the proposal to WTO on lifting of patents.

Non-Government Organizations such as the People’s Vaccine Alliance are actively campaigning for the lifting of patents among many other things with the goal of making the vaccination process fairer for all. People’s Vaccine Alliance is an umbrella of several other organizations such as Free the Vaccine, Global Justice Now, Oxfam, Amnesty International, Public Citizen etc. However, they do not believe that patent protections are the sole reason for an unequal distribution of the vaccines; they believe that know-how of the vaccine is of equal importance as well, therefore they are also quite vocal about “knowledge sharing” in addition to the lifting of patents. A similar call was made by Mary Robbins, former president of Ireland that along with patent waivers, sharing of technological knowledge and appropriate licensing needs to be ensured so that rapid production can be ensured. This is something she believes is “doable”, implying that it’s not a valid argument against the lifting of patents.

Other global NGO’s that are experienced in dealing with humanitarian crises such as the renowned MSF – Doctors Without Borders – said that patent waivers would “increase sufficient and timely access to these lifesaving medical tools as Covid-19 continues to ravage countries across the globe.”

Some, like Jayati Ghosh, a researcher at the University of Massachusetts, have even claimed that patents weren’t meant to be enforced during emergencies such as in pandemics.

Patents have been a subject of debate even before the COVID-19 pandemic. In the early 2000s, there was an uproar to bring the prices of antiretroviral drugs down. HIV treatment would cost thousands of dollars, which made it ineffective because it was out of reach for many people, particularly those living in poorer countries. According to a joint publication from UNAID and WHO,

“HIV/AIDS is quite recent in medical history, most of the drugs created especially to treat HIV infection are proprietary (i.e. under patent). This renders the treatment less affordable than drugs for which generic alternatives exist. Since patent protection allows exclusive rights to an invention and prevents generic competition, it is one of the possible reasons for limited availability and affordability of drugs.”

The US has historically been a strong supporter of intellectual property rights; however, in early May, the US unexpectedly changed its stance by voicing its support for the patent suspension. This move from the Biden administration comes amid pressure from within the Democratic Party.

Opposition to waiving of patents on COVID vaccines

Throughout the pandemic, various countries, organizations and individuals have called for a suspension of vaccine patents to upscale production. But, according to Thomas Cueni, the Director General of the International Federation of Pharmaceutical Manufacturers and Association, there’s no evidence that waving patents will ultimately fix the problem of production. Others, such as Bill Gates, believe that lifting patents can potentially make matters worse as the production process is quite delicate and has to be looked at in a “careful way”. This implies that even if the production of vaccines might increase, it would be more difficult to maintain a standard quality — in other words, we would be choosing quantity over quality. Critics also say that it takes away the promise of financial reward and therefore discourages innovation.

The main reason why there has been widespread support calling for the lifting of patents is because of the inequality in the global vaccination process. The current vaccine supply is both insufficient and unequally divided to fulfill global requirements, which experts believe will prolong the pandemic and cause suffering to millions more before the lid is finally put.

Waiving patents will allow other countries to manufacture their own vaccines, decreasing reliance on richer nations, allowing them to accelerate the domestic vaccination process and increasing sustainability. But, the cons are that expanding the vaccine manufacturing process by allowing a number of countries to manufacture the vaccine will not guarantee that the efficacy of the vaccine remains the same. Therefore, the suggestion of licensure and certification providing exclusive rights to manufacturers around the world seems more plausible keeping in mind this process could take substantial effort and time to ensure that the outsourced manufacturers are eligible to produce vaccines of an equal standard.