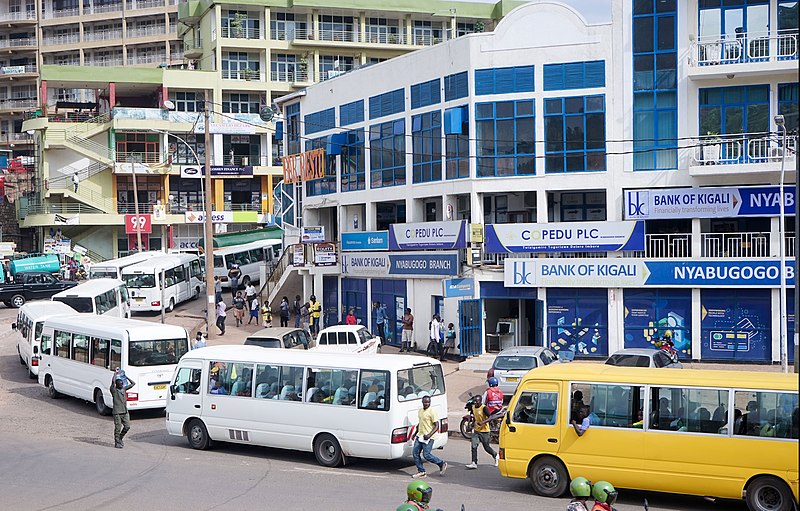 Schools are Closing in Rwanda to curb the pandemic, courtesy of Happyartst via Wikimedia Commons

The COVID-19 pandemic has reached Africa and the UN warns of its consequences: “We will see a complete collapse of economies and livelihoods. Livelihoods will be wiped out in a way we have never seen before.”

Many countries in Africa have imposed lockdowns as the number of confirmed cases are growing in almost every country of the continent. So far, there have been more than 10,000 confirmed cases and almost 500 deaths since the first case was confirmed in Egypt on the 15th February. Ahunna Eziakonwa, the United Nations Development Program’s Regional Director for Africa, explains that countries in Africa are particularly vulnerable to the lockdowns and travel restrictions: “The African labour market is driven by imports and exports and with the lockdown everywhere in the world, it means basically that the economy is frozen in place. And with that, of course, all the jobs are gone.”

In these difficult times, authorities across the continent are facing an impossible challenges of feeding millions of people who are stuck at home and cannot go to work. People are advised to work from home, but it is not an option for millions whose livelihood is selling fruit and vegetables or second-hand clothes at informal markets. Amongst the people who have been made jobless, there are street vendors, mechanists, taxi drivers, petty traders and housekeepers. Unless the spread of the virus can be controlled, up to 50% of all projected job growth in Africa will be lost, as aviation, services, exports, mining, agriculture and the informal sector all take a hit, Eziakonwa said.

Many are reluctant to give up their jobs and stay at home knowing that they have little chance of surviving in the long term without any income. However, if they don’t follow the rules, they are suffering from the consequences. Many people have complained about police encroachment and the abuse they suffer on a daily basis since the lockdown was imposed. Foreign Policy reports that there have been several cases of security forces beating, whipping and humiliating civilians in a number of countries including Kenya, Uganda and Zimbabwe. A 13-year old boy has been a victim of the police crackdown in Nairobi last month. He was shot in the stomach while he had been standing on his balcony, watching police beating people who refused to abide by the curfew.

According to the World Health Organisation, people should adhere to social distancing regulations and wash their hands regularly to prevent the virus from spreading. In many developing countries, however, people live in overcrowded shared accommodations, which makes self-isolation impossible. For example, in Alexandra (Johannesburg), over 700,000 people are estimated to live in less than 1.9 square miles, Mbare in Harare with some 800,000 people, Kibera in Nairobi with at least 250,000. Another major issue is the lack of access to sanitation that affects up to 75% of the population in the least developed countries. The majority of them do not have access to clean water, never mind soap or hand sanitizers.

The economies of sub-Saharan Africa are heavily indebted, making the situation even worse. The hospitals are under-resourced and the overall healthcare system is very fragile. It is estimated that the continent would need an £8.5 billion increase in health spending, but this unexpected spending can leave the poorest countries in bankruptcy.

The above analysis has led some experts to argue that ‘the cure could potentially be worse than the disease’. While the rise in the coronavirus death toll is concerning, other diseases kill thousands of people in Africa. In the Democratic Republic of the Congo alone, measles killed more than 6,000 people and another 17,000 people died of malaria last year. If economies collapse, death from these preventable diseases and other ‘silent killers,’ such as diarrhoea and malnutrition, will surge. Alex de Waal told the Financial Times that ‘lockdowns are only effective if countries can bolster health systems and testing capacity. They cannot work without people’s consent, which means income support and functioning supply chains.’ The truth is that government support in many counties of Africa is limited if not non-existent.

Some are more optimistic ,arguing that Africa’s experience in dealing with different epidemics and its demographics can be an advantage in fighting against the virus. They point out that elderly people are more at risk from coronavirus, while young adults only have mild symptoms. 70% of Africa’s population is under the age of 30 and only 4% of the population is in the highest-risk age category. While this might be true, we cannot be certain. A huge proportion of the continent’s population is malnourished and likely to be immunocompromised. Therefore, it is very difficult to decide whether the lockdown causes more harm than good.

If you would like to support families during the coronavirus outbreak, please visit these websites: