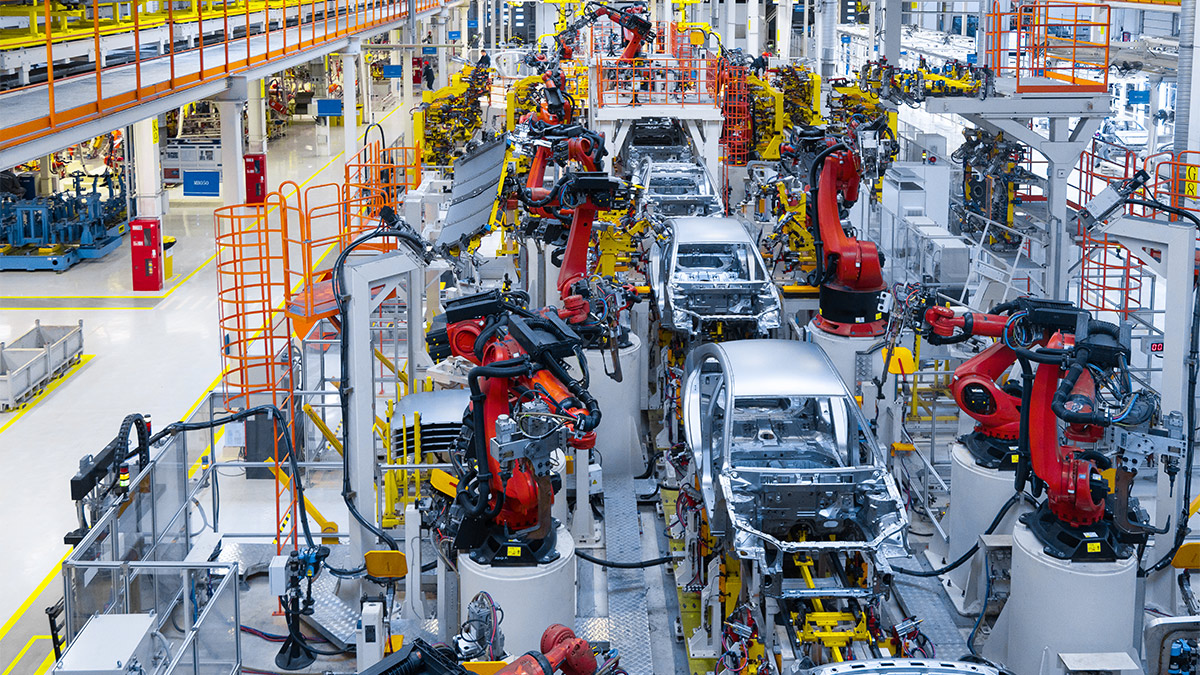 European or National Champions. While that term might be reminiscent of the dramatic penalty shootout last Sunday, which led to Italy being crowned winners of the Euros 2020, it is also a reemerging theme in political capitals around the world. When policymakers or economist speak about national champions, they don’t have football in mind, but companies that are of significant relevance to the nation’s industry for a particular reason and are therefore protected from market competition – be it tax breaks, subsidies or protective tariffs.

When states feel the need to “pick winners”, for whatever reason, they are pursuing industrial policy. Having identified a particular sector, company or technology that serves national interests or is seen as incredibly beneficial for the economy, a state encourages and plans investments in the targeted industry.

Industrial policy has always been a symbol of a strong involvement of the state in economic matters. And while in the past several countries made extensive use of industrial policy, the liberalization of the international economy and globalization has convinced most Western policymakers to let markets, rather than states, pick winners.

But with the covid-19 pandemic, and China’s rise as well as expansive fiscal and monetary policy, industrial policy is making a comeback.

The pandemic has highlighted the vulnerability of global supply chains and has led to a fierce clash over desired products – masks, ventilators and more recently vaccines. These scarcities were often, as in the case of masks, ephemeral but it reminded policymakers and citizens of the fragility of our global economy. With protectionist measures in place, those countries that did not produce the desired product themselves or did not have the industrial capacities or knowledge to do so, suddenly emphasized the need to cut dependence on other regions.

Geopolitical motivations are another reason nations might feel the need to encourage the growth of specific industries. The textbook example is the defence industry – a sector that even most staunch supporters of the free market acknowledge needs some protection/ support from the state. The customers of defence companies are governments – thus, there is a strong interconnection between the state and its defence industry. Governments are keen on not allowing other states to get hold of their key defence technologies. The passenger aircraft industry is another example. Due to its links to the military sector, it is considered strategic. It is no coincide that Airbus and Boeing are among the highest recipients of subsidies.

But nowadays, more and more sectors are considered “strategic”. The rise of China, and its strategy of creating powerful companies by subsidizing them and restricting foreign companies’ market access, is worrying Western advisaries. Semiconductors, a key technology for the 21st century, is seen by Europe and the US as a technology that needs to be also produced at home. Batteries, cloud computing and 5G are other areas of strategic interest.

With these challenges and fears, governments are reacting.

European governments, especially France with its history of dirigisme, have always been more willing to play an active role in their economies. Unsurprisingly, the new EU mantra of ‘strategic autonomy’ has been heavily pushed by France. More trade-focused member states such as the Netherlands and the Nordic states are rather critical of what they perceive as a new French protectionist stand. That is why some member states rather embrace the term ‘open strategic autonomy’ – a rather amusing but very typical clash within the EU over wording. The European Union is especially worried about its failure in having digital giants as the US or China has. Under French Internal Market Commissioner Thierry Breton, the EU Commission has furthermore identified several other areas where the EU lags behind. These Important Project of Common European Interest (IPCEI) receive special funding as well as strengthened cooperation between public institutions and an array of European companies.  It remains to be seen if the EU can catch up by providing subsidies, smaller ones than China can grant, to a few old European businesses. It should be noted that there are 19 firms created in the past 25 years that are now worth over $100 billion, and none of them is European.

But it’s not only Europe that found its love for creating national champions again; industrial policy is also back on the agenda in the US. With Biden’s infrastructure plan and the US Innovation and Competition Act (USICA), the US government hopes to strengthen America’s manufacturing capabilities. $52 billion alone are reserved for encouraging the domestic production of semiconductors. Similarly, like the EU, which also set itself a new target in constructing semiconductors, the US fears that it could fall behind in that vital technology.

The question is if the fears are justified and if industrial policy is the right way to approach it.

There is probably no clear right or wrong. But history has shown that the fears of falling behind and actively supporting specific industries are often misguided. The result of Japanese industrial policy might have seemed impressive in the 80s, but in the end, the US was able to innovate not because the government identified a winner and took active measures but because it created the right environment for businesses to innovate and dominate in the digital and tech sector. The problem is that picking winners is extremely tough, and governments have a poor track record in doing so – because we simply don’t know which product or technology will dominate the next decade. Industry representatives might tell policymakers that hydrogen could be a key asset, but nobody knows if that turns out to be true.

That doesn’t mean that industrial policy should be generally ignored and opposed. Some essential products are simply not renumerated by the market and need, therefore public funding for upscaling. But it is critical to innovate, not imitate, because trying to copy other success story will be too little too late. The American Defense Advanced Research Projects Agency (DARPA) is a good example of supporting emerging technologies. Various European ‘Action Plans’ and ‘Initiatives’ aiming to create the European Google, the European AWS or the European Mastercard are examples of how not to do it.

We don’t need to create national champions we need a system which supports innovation.