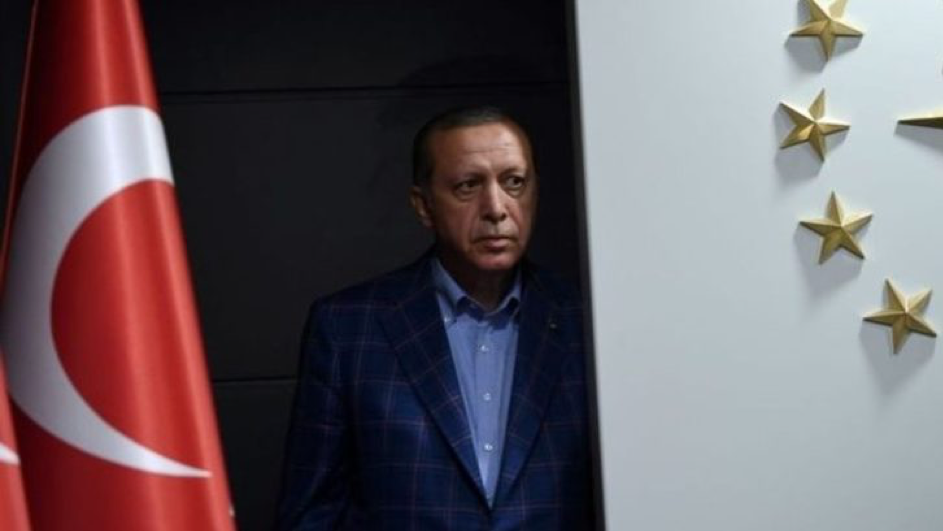 Why do people sometimes stand up against tyranny, and sometimes simply put up with it? The answer to this question has so many factors that it is hard to come up with a single answer. Still, I believe the main driving force for people to fight against tyranny is that simple feeling: Hope.

Especially after the Gezi protests in 2013, the Turkish opposition against Erdogan has dramatically fallen into a state of desperation. They took their protests to the street in hope, they took the risk of being murdered by the police because they thought there was hope to change something. They changed a lot actually, but since they couldn’t overthrow Erdogan, they did not feel like they had a direct result.

After 2013, so many things happened in Turkey that it is hard to keep track. But one by one, Erdogan came victorious. Even in the 2017 referendum, the constitutional change was accepted by a small margin. These kinds of things led to the mentality that “whatever happens, it works for Erdogan”. Obviously it is not true. This simply means that the opposition cannot politically capitalize on the mistakes of Erdogan, thus not being a true “opposition”.

So what is different today?

Today, the opposition parties and candidates in Turkey are doing a better job at “being the opposition”. A new party emerged, the İYİ Party (translated into English as the Good Party), under the leadership of a woman, Meral Akşener. They lean to center-right and have strong nationalist roots, two of the core elements of Erdogan voters.

Their leader is fierce, she does not back down. Her party was almost not allowed in the election, but she stood strong, she played the game well. She brought a new mood to the spirit of the opposition. This led the other political parties to be more aggressive and assertive against Erdogan.

The main opposition, CHP [Republican People’s Party], has selected Muharrem Ince as their candidate for presidency. Muharrem Ince is well known for what he did in the local elections of 2014. Despite all the efforts of the AKP and the so-called objective Supreme Electoral Council in the Turkish city of Yalova, he stood strong and made them count the votes again. As a result, CHP won the local election of that city.

This kind of behavior is what people need to see. Every time people feel injustice done, the first thing they look for is someone who stands up for them, so that they can stand up for themselves. Muharrem Ince has that charisma.

The long-lasting accusation that the CHP was “fascist,anti-Kurdish” has also lost its hold on the party, thanks to the efforts of Erdogan and his national security policy in the Kurdish populated region. This is how it was supposed to be for a long time: the progressive, left leaning party defending the rights of minorities. Ince clearly states that he will allow the Kurdish language to be taught in schools, taking a lot of support from the Kurds.

And lastly, we have HDP, [Democratic Party of the People]. The HDP gets its votes mostly from the Kurdish population and the left. Their leader, Selahattin Demirtas is currently in jail, and he managed to capitalize on this so far. He is making his supporters feel that they are engaged in a struggle, giving them a story. Also the 10% threshold for the parliament will likely get him many votes from non-Kurdish voters in the Western part of Turkey, as the whole opposition needs them to be in parliament.

Selahattin Demirtas was allowed to speak on government TV although he was in jail. The fact that a candidate has to speak from inside a prison is a very powerful symbol.

And what about Erdogan?

Erdogan is suffering, but it doesn’t mean that he sitting still. As usual, the government does everything in its power to stop limit the opposition’s campaigns. For example, between the 14th and the 24th of May, Erdogan was on state TV for 28 hours and 28 minutes. Meanwhile, Muharrem Ince was on the news for 2 hours and 51 minutes, the iYi Party, under leadership of Meral Aksener, was shown for 9 minutes, and the HDP was completely ignored.

The problems Erdogan faces are getting bigger every day. The Turkish economy is on the brink of collapsing. Because the inflation rate is currently sky high and rising (12.15% year-on-year in May 2018 from 10.85% in the previous month), the Turkish central bank has set a 17.57% base interest rate. That makes it almost idiotic to invest your money in a business; keeping it in the bank is way safer and profitable. Every single day, life gets more expensive. Especially when we also take the fact that more than 35% of people in Turkey work for minimum wage into consideration, it is easy to imagine that these people might just be looking for a way out, with the only power in their hands: A vote.

The campaign of Erdogan is slower and weaker than the previous years, it is very visible to the eye. He couldn’t manage to go to rallies as much, and he has no story to tell. The tale about some guys in suits sitting in a room somewhere in the West and making their best efforts to destroy Turkish economy does not help the people living in poverty. This story is old, and people are bored.

Also, the educational program in Turkey was completely destroyed by Erdogan. Back in the days, people felt that if their kids studied hard and got above-average results, they would get a good job and become successful. This was made almost impossible by Erdogan, as the only option he left for the above-average youth is some Imam High Schools. These schools do not teach exact sciences a lot, mainly focus on religious teachings ,which guarantees that these kids will not get a proper education, thus no proper careers. Even religious-conservative parents tend to see this as a danger for their kids.

What about the allegations of electoral fraud?

First of all, I would like to make it clear to everyone who takes the time to read this article, that it is not going to be a fair election. In the referendum of 2017 April, the government wasn’t even trying too hard to hide what it was trying to do. Just to show a small example of that, here is a screenshot.

This is a facebook post by a “citizen” on the voting day of the referendum. He says “In my election chest of Dagdibi, we have 305 votes and they are all Yes.” These kinds of “incidents” were really common, especially in small villages. Armed thugs walking around the building where the electoral process takes place, getting in the voting cabinets with people to make sure they vote for Erdogan. You can be assured this is going to happen again. Probably a lot more than last time.

Considering that Erdogan might lose his majority in parliament, he will try everything in his power to make sure HDP stay under the unjustly high threshold to enter parliament, which is 10%. This is the only proof we need to see that there is going to be electoral fraud, there is going to be an oppression of the voters, especially since Turkey is still in a state of emergency.

How will the citizens vote and what will Turkey need to get rid of Erdogan?

First of all, there are two separate elections: One for parliament, one for the presidency. They are not linked, so you might vote for a party but not its presidential candidate. There are two alliances: Cumhur [People’s] Alliance of AKP+MHP (Justice and Development Party of Erdogan and Nationalist Movement Party of Devlet Bahceli) and Millet [Nation’s] Alliance (Republican People’s Party, iYi Party, Felicity Party and Democratic Party). People can vote for the whole alliance or a single party, and the %10 threshold does not apply to the parties as long as their alliance gets more than that. HDP is not in an alliance, and in a fragile position.

For the parliament, no matter how many votes the alliances get, HDP should be more than 10%. It is a necessity, as the party to get the most votes will have more seats in the parliament because of the screwed-up system if a huge number of votes does not even get representation. A scenario where HDP gets about 9.5% is a disaster for the opposition as a whole, they will never get a majority in parliament, and 1 person in 10 will not get represented in the parliament. Erdogan will keep full power.

For the presidency, there are six candidates. The People’s Alliance of AKP and MHP has one candidate, Erdogan. In Nation’s Alliance, almost all parties decided to have their separate candidates: CHP’s candidate is Muharrem Ince, Felicity Party candidate is Temel Karamollaoglu, iYi Party’s is Meral Aksener. This allowed the opposition to attack Erdogan from multiple angles: Ince is a social democrat, Meral Aksener is a centre-right+nationalist, and Karamollaoglu is an Islamist. If a candidate gets more than 50% of the votes (which is highly unlikely) he or she gets to be the president in the first round. If not, the two candidates to get the most votes will have a second round two weeks after the initial elections – two very important weeks.

It is almost definite that Erdogan and Ince will be racing for presidency in the second round. So far, Ince managed to look likeable and strong at the same time. He has never shown any kind of weakness against Erdogan. He challenges Erdogan to debates live on TV, and all Erdogan can do is to reject it as Erdogan knows deep down that he could never possibly stand against Ince’s energy. Most important of all, Ince’s actions so far show people that he will stand up for any injustice and fight till he gets the result.  When the illusion of “winner” Erdogan vanishes in the first round, he might just have the chance to throw Erdogan out of the office.

What happens if Erdogan wins yet again?

How much worse could things get, right? The most important thing about this election is not about winning against Erdogan, although it is possible. It is about standing up against him, it is about making people – especially young people – believe that he might just be gone someday. It is about standing your ground, it is about defending your identity as the opposition. If this kind of morale and spirit was generated 7-8 years ago, we wouldn’t be mentioning Erdogan’s name today.

Long story short, this election might just not be the end of Erdogan, but it might be the beginning of the end. Whoever comes after Erdogan will have to take the heat off people, and I believe that might just lead the way for people to speak more openly in favor of secularism, democracy and individual liberty. These are the things we desperately need to focus on after kicking Erdogan out.