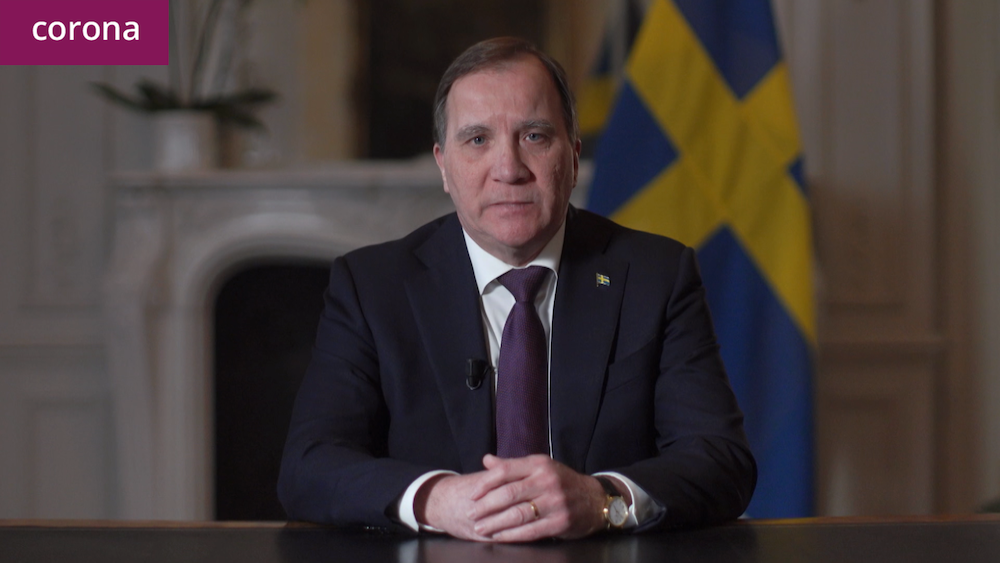 Sweden is the Nordic country worst-hit by the COVID-19 virus. As of 14 April, Sweden has 10,948 confirmed cases, which have resulted in 919 deaths. Sweden’s neighbours – particularly Denmark – have repeatedly accused the Swedish government – led by deeply unpopular Prime Minister Stefan Löfven – of, at the least, complacency and, at worst, incompetence. It is striking: as countries across Europe have gone into stringent lockdowns, and as the death tolls in Italy, Spain and the UK have skyrocketed, life in Sweden has carried on as normal.

I live near Lund – a small city in the very south of Sweden, located roughly a half-hour journey from the Sweden-Denmark border. The lockdowns, economic turmoil and sudden, stringent governance seen across Europe seem distant in Sweden. In Lund, the only reminder that the world is in the midst of a crisis comes when the trains that would normally connect Sweden and Denmark terminate at the border instead of in central Copenhagen. In Stockholm – the worst hit region of Sweden and home to the majority of the country’s cases – images of people crowding into bars, cafes and restaurants have been circulating in the media and on social media – causing controversy as they do.

But is Sweden’s unique approach working? Or is the Swedish government leading the country towards disaster?

On 27 March, Sweden banned gatherings of more than fifty people and began to strongly encourage people to engage in social-distancing and self-isolate should they exhibit COVID-19 symptoms of any kind. Personally, I have noticed a difference in my local area since that announcement. Parks, bars, restaurants and public spaces have become noticeably quieter. Not only that: roads are also far quieter, suggesting that more and more people are choosing to avoid non-essential journeys. But, as things stand at the time of writing (14 April), these measures are all entirely voluntary: no businesses have been ordered to close, no one has been told to stay home and few outdoor activities have been prohibited.

On a micro level, however, some businesses and organisations have made contingency plans on how to deal with the risks posed by COVID-19. I have seen risk management documents from a charitable shelter in Malmö, Sweden’s third city, that show how the shelter is planning on managing possible cases, minimising the risk to staff in direct contact with those living at the shelter, how to isolate those who are diagnosed with the virus and how the shelter would cope were it to be run on a skeleton staff should COVID-19 explode in Sweden.

The protocols put forward by the charity are strict and largely follow those put forward by Denmark – should there be an outbreak in an essential business or service. Those infected – or suspected of being infected – are isolated for fourteen days. Unwell employees must stay away from work for at least eighteen days. The fact that these measures differ so wildly from the government’s advice also suggests a lack of trust in the national approach.

In terms of empirical evidence as to whether or not Sweden’s approach is working, the jury is still out. As of 14 April, Sweden has the most cases among the Nordic countries and the growth of the infection rate suggests that the country is still very much on an upwards curve. Compared to this, neighbouring Norway – which has been in lockdown since 12 March – appears to have reached the plateau of its infections. In Norway, infections have been reported across the entire country, but the overall daily rate is now beginning to decrease. In Sweden, the upwards curve is still sharp. Similarly to Norway, Denmark appears to have reached its peak. However, Denmark appeared to have plateaued in mid-March before experiencing a second, much larger surge. During the second surge, the upwards curve was actually slightly steeper than the one which Sweden is currently experiencing.

Clouding the empirical data further is the fact that Sweden has, by far, the largest population in Scandinavia. The populations of Norway, Denmark and Finland are all almost the same size. Sweden’s population is almost double that average. Like its neighbours, Sweden’s population is largely based in several urban areas, with the rural population also loosely clustered. Large areas of Denmark, Norway, Finland and Sweden are mostly uninhabited.

As population patterns and spread is broadly similar across all four countries, and the upwards curves and signs of plateaus in Norway, Denmark and Finland are also all broadly similar, then it is entirely possible that COVID-19 is simply working its way through the Swedish populous in much the same way as it is doing in its neighbours – albeit with the larger population and the lack of a lockdown meaning that the curve of the virus is being amplified.

If this is the case, then Sweden should manage its way through the crisis – but in a longer timeframe.  If Sweden’s unique approach proves successful, then the Swedish government will have been vindicated. The accusations of inaction, incompetency and negligence will be swept aside. If Sweden makes it through this crisis without having resorted to lockdowns, then it might well be held up alongside South Korea and Germany as an example of how to battle an epidemic. If COVID-19 does end up exploding in Sweden, then life as we know it here would probably grind to a halt as authorities fight to contain circulation and community spread. Sweden could be a model for dealing with an epidemic – or it could become the epicentre of another United States-like explosion. Much like the COVID-19 crisis the world over, the outcome in Sweden is unclear – and only time will tell whether or not the government has taken the right course of action.