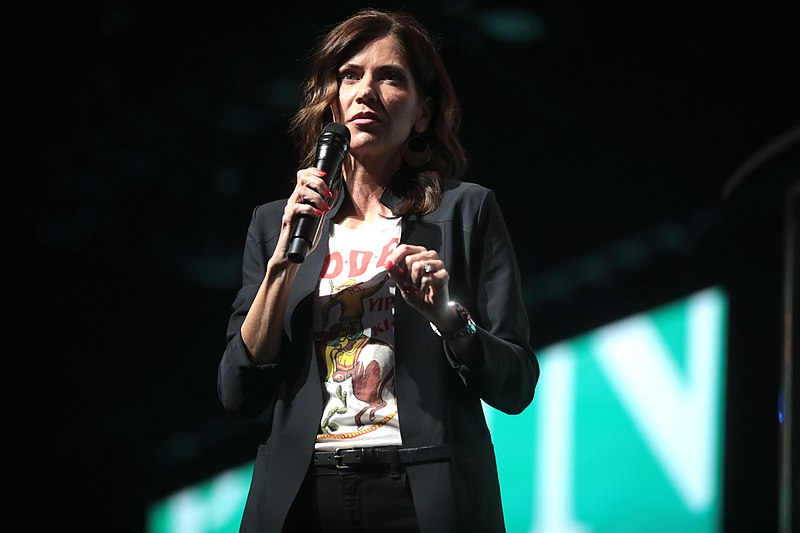 The United States is by far the country worst hit by the Covid-19 pandemic. It has recorded about a fifth of all cases globally, as well as a little over one-in-six deaths. As the winter deepens and courts in some of the worst-hit states overturn bans on gatherings and other restrictions, these are numbers that are only expected to rise.

In the Corn Belt region of the country, lies South Dakota. Were it an independent country, it would be among the hardest-hit in the world. Currently, more than 2% of the population is actively ill with the virus. Overall, more than 10% of South Dakotans have been infected with Covid-19. About 0.1% of the population has died. These are just the known numbers. The true toll is likely higher. But how did South Dakota get to this point? Is there any way of turning this ship around?

On 13 January 2020, it was confirmed that Covid-19 had arrived in the United States via the state of Washington. Soon, major outbreaks were underway in Seattle, Chicago and New York. But semi-rural South Dakota was, initially, spared the worst.

However, the virus arrived with a bang on 10 March. In just one day, five cases were confirmed and one man — who had been infected out-of-state — died. By April, the city of Sioux Falls had become a hotspot. Soon, the state had thousands of cases. But what turned a flurry of infections into a wildfire epidemic were the actions of one politician: Governor Kristi Noem.

Elected in 2018, Noem is the first female governor of South Dakota. A Republican from the Trumpian wing of the party, Noem has rolled back the few gun controls that South Dakota had, has announced that she will limit abortion wherever possible in the state and has roundly backed President Trump on almost every issue. Governor Noem has continued to back the President, even whilst conceding that Trump’s trade wars with China have damaged her state’s steel industry.

This perhaps predicated Noem’s approach to Covid-19. Governor Noem did not introduce a lockdown. There was no mask mandate. There was no hardship relief for anyone financially hit by the pandemic. No businesses were ordered to close, even if cases were linked to them. There was not even a quarantine requirement for those who had potentially been exposed to the virus. Instead, people were simply encouraged to stay at home and work remotely wherever possible. The only measure Noem took was to close schools for a brief time.

She pursued herd immunity with a vengeance.

In late May, warmer weather arrived in the Corn Belt. South Dakota’s corn fields came to life as the frosts and mizzle gave way to sunshine and cool winds. As happened across much of the Northern Hemisphere, the arrival of summer sent the virus into retreat. In northern states, like South Dakota, cases fell.

This was probably what, on 4 June, led Noem to announce that the state’s annual Mount Rushmore Independence Day celebrations would go ahead as planned — with no reduction in ticket numbers. There was to be no requirement for masks, nor social distancing. The President and First Lady were to attend. It was to be an All-American event.

On 3 July, the event took place. Thousands attended. The President gave a controversial speech. Colourful fireworks illuminated the busts of the four presidents. By 7 July, cases were rapidly rising across the west of the state. The graph of spread almost perfectly fans out from the Black Hills area, where Mount Rushmore is located.

When asked about the spike, Noem simply replied with: [it’s] incredibly important that we do what we can to mitigate the spread of this virus, but we also know that we can’t stop it.

This logic might be what led Noem to allow two other major events to take place in South Dakota. Both would become super spreader events.

On 3 August, Camp Judson, a Christian summer camp near the town of Keystone, was held. Of the more than three-hundred people who attended, almost one-hundred contracted Covid-19. Most of those who were infected were teenage boys from out-of-state. Days later, the Sturgis Motorcycle Rally got underway.

More than a quarter of a million people from across the United States attended. Governor Noem did not put a mask mandate in place for the event, and no social distancing was required. There were also no restrictions on the sale of alcohol, meaning that the rally became jovial. It is hard to overstate the scale of the surge that followed.

South Dakota’s rolling seven-day average of infections more than quadrupled. Within days, more than half of Covid-19 tests being conducted in the state were coming back positive. The city of Sturgis was soon overwhelmed by the sheer number of Covid-19 patients requiring critical or inpatient care. Some people had to be sent to Pierre and Sioux Falls for treatment. The surge even spilled over into the neighbouring states of Wyoming, Montana, Minnesota and North Dakota.

The total number of infections resulting from these events being held in such close proximity cannot be known as South Dakota’s testing system leaves much to be desired. Governor Noem has not released funds to properly set up and maintain such a system. The state’s labs have mostly been reliant on the limited federal funding that has been made available.

On 12 November, South Dakota set the record for the highest proportional one-day infections of any state at any point during this pandemic. It set the same precedent with deaths on 14 November.

To say that South Dakota is in the thick of it is an understatement. The situation has now become such that some local officials are taking matters into their own hands. On 8 September, the city of Brookings introduced a local mask mandate in order to try and curb the spread there. The city is home to South Dakota State University. Many cases are tied to the institution.

Whatever Governor Noem’s reasons are for acting — or for not acting — as she has, she has presided over an epidemic that can only really be described as disastrous. With spring still months away, and with Noem still committed to avoiding any mask mandates or major restrictions at the state level, the situation only looks set to worsen. In fact, when the Supreme Court of Michigan recently overturned some of Governor Gretchen Whitmer’s restrictions, Noem remarked that it was “a good day for freedom”.

The Corn Belt is known for its harsh winters. Hoarfrosts, snowstorms and huge drifts are the norm. For South Dakota, this winter may well be among the harshest yet.