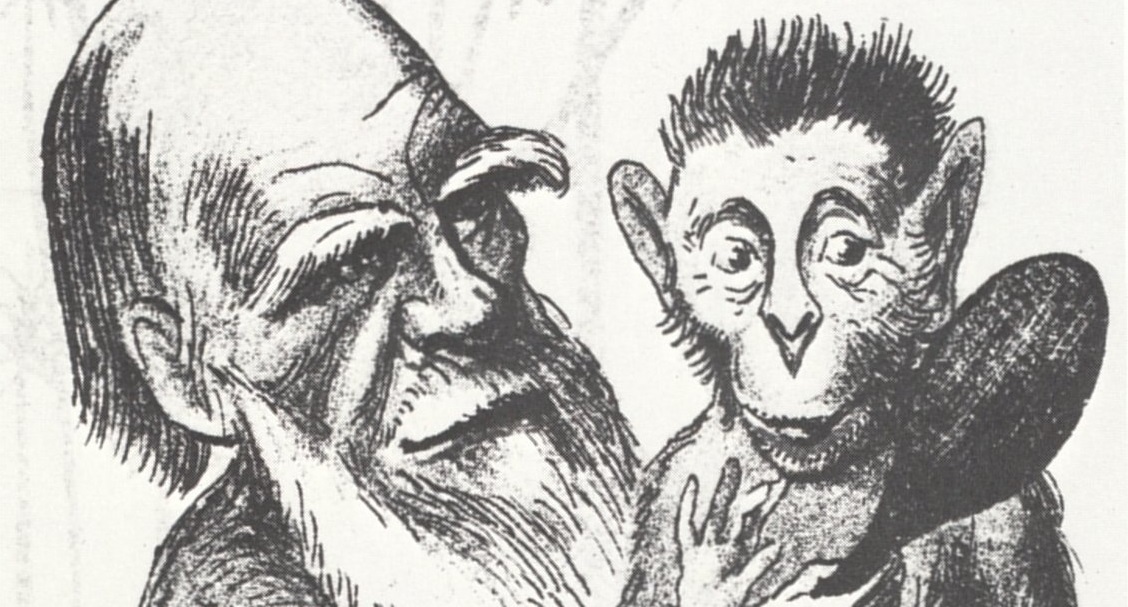 Social Darwinism is the idea that poor people, people with mental disorders, or anyone that might need a little help in society aren’t the fittest and will eventually be weeded out through natural processes. If the poor and weak are eventually eliminated through natural processes, there will be room for the rich and fit to live and survive. It might seem to make sense at first glance, , but actually it isn’t an accurate picture of how people or society works.

If it were true, rich people would stay rich and poor people would stay poor, no matter the circumstances. It would also imply that poor people were unfit in some way that subjected them to poverty. Social Darwinism is a dreadful theory to base policy on, because it simply isn’t the reality of the situation.

So why does America love it so much?

Why Social Darwinism a Load of Cow Dung.

About half of your intelligence is gifted from your mother’s fantastic genes. There’s a good chance that the smarts that got you ahead is half from your mother. But that’s not where the super geniuses come in. Your mother didn’t give birth to an astronaut, doctor, or railroad baron. The other half came from a loving childhood, socioeconomic factors, education levels, sibling density, and a whole variety of sources including what you ate.

If Social Darwinism was a reality, then the rich would stay rich and the poor would stay poor. But a majority of the wealthy lose their money in less than three generations. It’s normally a lack of social mobility and resources to build equity that keep the poor in a welfare state. There are some common themes that allow poor people to pop up: white, college educated, dual income households that don’t experience unemployment. It’s less that the rich are superior, and more that the rich are more likely to receive education, love, and be part of a social advantaged group. Poor aren’t poor because they are unfit. They are poor because of a variety of reasons: socioeconomic disadvantages, less education, less parental attention, poor diet, or poor social mobility available.

Wouldn’t it be nice if you could take credit for all the great things you’ve done in your life? You’re smart, pretty, and rich because you are a special individual, divine from your parent’s loins, and through perfection and hard work achieved everything that lay before you. All the control is in your own hands. No matter what destiny throws at you, your divine righteousness will reign down and make it all okay. It’s a comforting thought. It’s the thought of an individual who only believes in their individual control over things around them.

America is built on the individual. This is one the many obvious solutions to ultimate responsibility being on an individual. That can be dangerous if taken too far or if based on faulty logic like Social Darwinism.

What Are the Dangerous Effects of Implementing Policy Around Social Darwinism?

Death. Low utility of societal safety nets and collective growth. Poor economic growth. A lack of innovation. There are a ton of downsides to Social Darwinism being implemented. The biggest downside is that it implies that poor people will be eliminated, so things like “worker safety” or providing food or trying to build liveable jobs would no longer be part of improving society. Since these sort of policies would let the weak and feeble continue living, which would be a societal negative according to the “survival of the fittest” Social Darwinism promotes. The American worker is important to the country’s success. Even if workers are a temporary asset there are huge benefits in maintaining their functionality through safety. Economic growth goes down when the lower classes are allowed to flounder and opportunity goes down. That has enormous effects of long-term success of the economy.

Poor people don’t deserve to be poor because they are unfit. There are many human factors. Social Darwinism is dangerous, and America loves to play with it because of our belief in the individual and the power the individual has. Unfortunately, the power of the individual ignores the needs of the many and can lead to some poor policy choices.

Mary Grace, an independent liberal from the United States, lives in the beautiful Boise, Idaho, and adores her mountains. She loves skiing, hiking, and repairing vintage bicycles. If you want to chat, or have any questions, feel free to tweet her @marmygrace, or email her marmgrace@gmail.com.

One comment on “Social Darwinism Is Negative Noise: Why Does America Listen?”