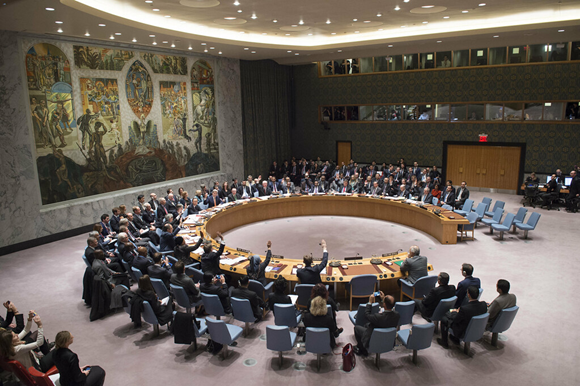 According to the UN’s Charter, the United Nations Security Council (SC) — one of the organization’s six main organs — bears “primary responsibility for the maintenance of international peace and security”. When looking at the state of the world, it might seem evident that the Council has not succeeded in fulfilling this task lately. An often-invoked explanation for this is the composition of the Council, most notably the effective veto power of the permanent five members of the Council. Many defenders of the UN and the SC point towards cases in which its actions have helped decrease violence and solve conflicts to contrast a plethora of quiet diplomatic successes with a small number of high-profile futile efforts. This is a worthwhile undertaking, but it has been done elsewhere, and it is not the main concern of this article.

Proposals to reform the Security Council range from increasing the number of non-permanent members, over adding permanent members — with or without a veto — to doing away with the veto entirely. One argument invoked for this is that increased use of the veto has led to a deadlock of the Council. Over the course of its history, the veto has been used more than 350 times. This is an average of approximately five uses of the veto per year. In 2019, the veto was used three times; in 2020 so far, once. In the first year the veto was used, in 1946, it was used 12 times. While the use of the veto varies from year to year, overall, it has decreased with time, not increased. The United Kingdom and France have not used their veto since 1989 (although they were, admittedly, always more refrained in using it).

While a resolution calling for the abolishment of the veto power would most likely be met with a veto from all five permanent members, and therefore have no chance of being passed, such a step would also not be likely to make the Council more efficient. Adding more permanent members, especially with veto powers, would only make agreement more difficult.

Even so, many advocates of Security Council reform argue that the structure of the Council represents the world in 1945 and not that of today. Commonly, this is connected to arguments referring to the economic strength of countries such as Japan or Germany, or the rising economy of India or Brazil. These arguments, however, miss the point. The permanent members of the Security Council are not the ones that have the biggest economy, but the ones with the capacity to take on responsibility when it comes to maintaining peace and security. The economy might to a certain extent influence this, but if economic capacity should determine influence within the UN, one should focus on propping up ECOSOC and not on altering the Security Council.

The world has changed in the past 75 years, but when it comes to the countries most capable to ensure peace and security, it has done so surprisingly little. The two main factors determining this ability are military capability and diplomatic capability. When considering these, the Permanent Five are still pretty much on top of the list. The 2020 Military Strength Ranking is led by the United States, Russia and China. France and the United Kingdom are preceded by India, Japan and South Korea. While India does have the second largest standing army in the world and Japan and South Korea have refined technical capabilities, none of these countries is able to project their military far from their immediate neighborhood. South Korea is fifth in the Global Militarization Index, which measures militarization per capita, but its military largely focuses on its own cold war with North Korea. And Japan is constitutionally prohibited from using its military for combat. All permanent members of the Security Council are among the ten countries who have the largest annual military budget. When looking at diplomacy, the picture is even more clear: the five countries with the most refined diplomatic networks are the United States, France, China, Russia and the United Kingdom.

Ultimately, it is not the structure of the Security Council that has led to prominent failures to prevent bloodshed in Syria and Yemen today, or in Darfur and Rwanda in the past. The problem is the failures of its members to work towards a common solution, without pursuing their own interests first. No structural change in the Council can overcome this problem. As long as permanent, and non-permanent, Security Council members cannot agree on a solution, and all UN members are not willing to contribute enough resources to UN Peacekeeping and diplomatic efforts, the shortcomings of international conflict resolution will persist. The problem is not the UN, the problem lies with our own national governments.