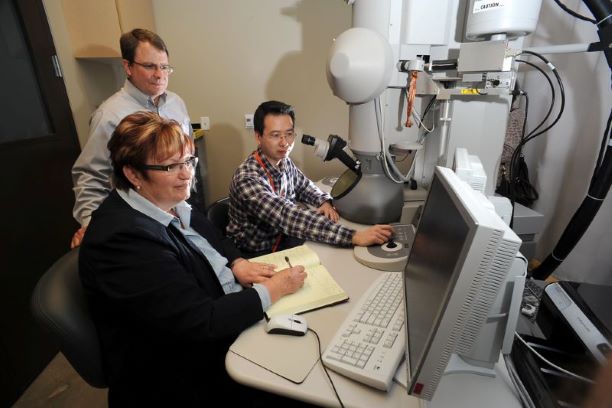 We like to think that in a liberal democracy, decisions should be based on well-informed arguments and debate results, not on someone’s popularity, status or gut feelings. To enforce this ideal, and for some practical reasons as well, people ‘invented’ science. Science led us to think in a new way that we call scientific, or critical, thinking and it has helped humans come a long way from their caves: we now know that the nightly-shining-sky-monster is the Moon and humans have even been there. As the 21st century rolls on, we used to be sure that science would have solved the majority of our problems. Just before the New Year (I take this moment to wish you all Happy New Year!), I bumped into a Finnish Twitter thread where a children’s book from 1999 presented things that the future would hold: by 2001, we would have “hand-held picture phones”, by 2009, “firefighter robots rescuing people”, by 2014, “robot pets” plus “first man landing on Mars” and by 2020 “3D conferences” and “artificial lungs, kidneys and brain cells”.

But instead of laughing at past future predictions, I want to write about science itself and its role in the world around us. Can we trust science in this era of fake news? Who need arguments when you have opinions?

Back when computers weighed 10 kg and the screens were deeper than wide, the Internet was a new exciting thing but off limits for small children. As I grew up, I was taught how to use it, and how it was supposed to solve problems like marginalization and voter apathy. While the Internet has become a necessity, it has made it easier for us to find like-minded company. Never before has e.g. working and studying been easier. But never before has it also been easier for people to spread falsehoods and hate speech to the masses as if those were unquestionable facts.

Making claims that something is a fact requires evidence. Evidence is what you reference so that your claims look like something else than your own opinions. The problem is that the quality and quantity of evidence can live their own lives and the definitions are fluid. What we used to perceive as evidence, can now be tampered or simply labeled as fake news when someone with enough ductile followers doesn’t like them. But even worse is that they’re taken out of context and presented deliberately in a false way.

When I started studying at the university, I noticed a new trend: no more is it the norm to read a text from start to finish, memorizing it to the best of your ability and put it into good use. First and foremost you should scan through the text, evaluate its trustworthiness and applications and then actually start reading. This represents the beginning of scientific thinking. The ability to think like a scientist is really not that hard. It’s just that we’re usually not told how it’s done step by step. Here’re some points I would highlight:

So why should we think critically like a scientist? Well, since I already said that the best political decisions are ideally made based on science, at least the people making decisions should be smart enough to think like scientists. But even if you’re not a politician, but rather an active-ish follower, you too should at least try scientific thinking.

If the news you’re reading triggers strong feelings in you, it’s probably because it’s their intention. And when strong emotions take over, it’s hard to think rationally and you just want to feel okay again. Thus begins the search for easy and quick answers, which in a harmful situation turns into votes for populists. Luckily all this can be avoided. By thinking scientifically you can deduce if the news stories are an accurate depiction of real-life events or just a tool used to make you think in a way someone else wants to. And no liberal wants to be led on, but to forge their own paths and make sure that it’s safe and comfy for others to do so as well.

While pure reasoning and rational thinking has been glorified throughout history, and in this very text, it’s necessary not to forget emotions entirely. Because without emotions, there’s no ideology. And without ideology, there’s no motivation to improve things. In order to make politics work in the ideal way I’ve described, we need to find a balance between finding the truth and sell it better than a lie. And sometimes this means putting your ideology aside and go outside your comfort zone. It’s nothing to be worried about but merely a way to show others that you’re something better that just someone blinded by their own ideology. A good liberal can therefore ration things like a scientist and present them, like a politician, in a way that inspires, empowers and leads the change – a change that we know is for a better tomorrow.