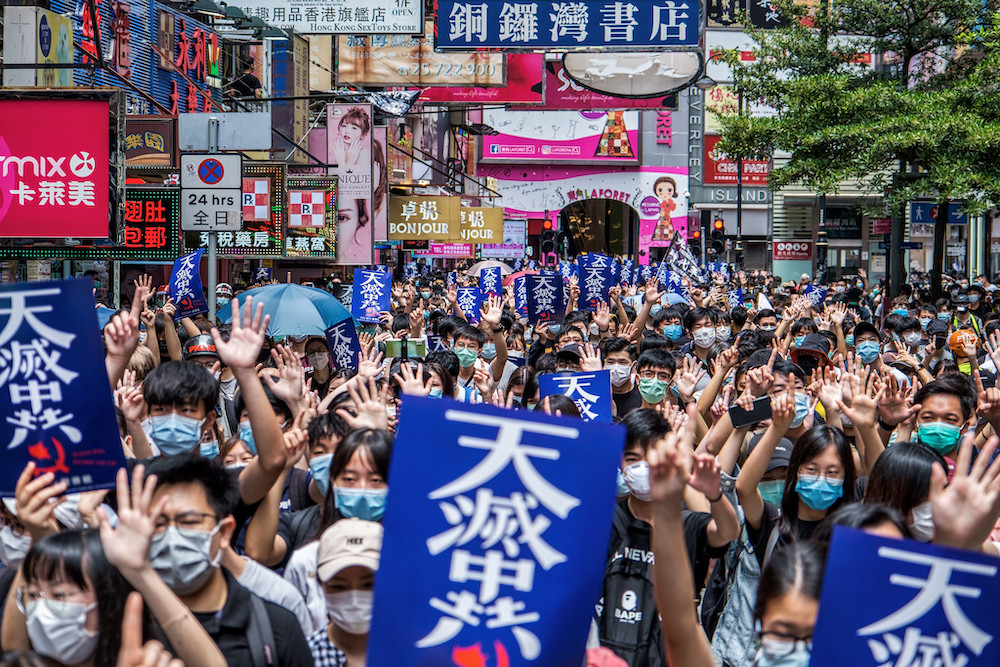 Hong Kong experienced an unforgettable year when the government and the police begun violently suppressing the Anti-Extradition Movement almost a year ago. To make matters worse, amidst the current global health crisis, the Hong Kong government took advantage of the outbreak to roll out “anti-epidemic” measures that basically limit Hong Kongers’ freedom of assembly. Together with the Central Government in Beijing, they have also arbitrarily granted Central People’s Government’s offices in Hong Kong the power to “supervise” Hong Kong’s internal affairs. This is deeply concerning as this is pushing Hong Kong further from “One Country, Two Systems” and more towards the direction of “One Country, One System”.

Hong Kong now lives in constant fear of being ruled by a totalitarian regime. It is a well-known fact that the police constantly torture arrested persons. Numerous detainees have complained being beaten and subjected to different types of torture while in custody, which have left them with various degrees of injuries including bone fracture and impaired vision. Moreover, there were 8,148 dead bodies found and 713 suicides last year alone. Both numbers have increased when compared to the numbers in 2016; the number of dead bodies found last year is also the highest in the last 3 years. To the concern of many, the police have quickly classified most of the cases as “non-suspicious”, leaving many Hong Kongers to wonder whether Hong Kong is still a place free from fear.

In order to contain the public health risk posed by COVID-19, the Hong Kong government prohibited group gatherings of more than 4 persons in any public place. However, this measure has become a new weapon for the police to suppress protesters and their freedom of assembly as they regularly cite this rule to threaten and charge protesters, and object to public meetings and processions.

Once the pandemic caused the momentum of protests related to the Anti-Extradition Movement to decreased slightly, the government and police became more aggressive. They limited freedom of speech further, as seen in the examples of the attacks of Radio Television Hong Kong (RTHK). Government officials openly condemned a RTHK journalist for breaching the “One-China Principle”, when last month she asked about Taiwan’s WHO membership in her interview with Bruce Aylward, the WHO assistant director-general. Police and supporters of the establishment also heavily criticized an episode of RTHK’s opinion show “Pentaprism”, where a guest host had talked about police raiding the Polytechnic University’s campus. RTHK was consequently condemned by the Communications Authority for breaching program standards and was issued a “serious warning”.

On the other hand, police also began targeting moderate democrats, Martin Lee was among many prominent pro-democracy figures who were arrested in a high-profile manner last month. It is also worth noting that almost half of the current pro-democracy Legislative Councillors have been arrested or charged.

As a Legislative Councillor, I was at many scenes of conflicts, monitoring police’s actions in the past year. I was frequently treated with rudeness, sometimes even violence — a police officer once took off my eye shield and pepper-sprayed me from a short distance. On another occasion, on 15th September last year, I was arrested for obstructing police and was detained for 38 hours.

The arbitrary arrests and charges against pro-democracy Legislative Councillors is a police tactic to try and hinder them from performing their duties of monitoring the police. If a Legislative Councillor is given a jail sentence of more than 3 months, he will not be able to run for a seat at the Legislative Council in 5 years, he might also be relieved of his duties if the pro-establishment camp initiates the relevant procedures in the Council. It is extremely worrying for the Central Government to take advantage of Hong Kongers’ shift of attention towards the pandemic to push Hong Kong towards “One Country, One System”. Not only did the Liaison Office and the Hong Kong and Macau Affairs Office repeatedly comment on Hong Kong’s internal affairs, especially regarding the Legislative Council, they have now claimed they have the power to “supervise” Hong Kong, and that they are no longer bound by Article 22 of the Basic Law, an article which explicitly prohibits departments of the Central People’s Government to interfere in Hong Kong’s internal affairs. To put it plainly: they are arbitrarily granting themselves more powers. Given the circumstances, I believe the Central Government’s interference will only increase further in the future, which is why democrats hope to gain more than half of the Legislative Council seats this September in order to counter the Central Government’s and Hong Kong government’s tyranny.