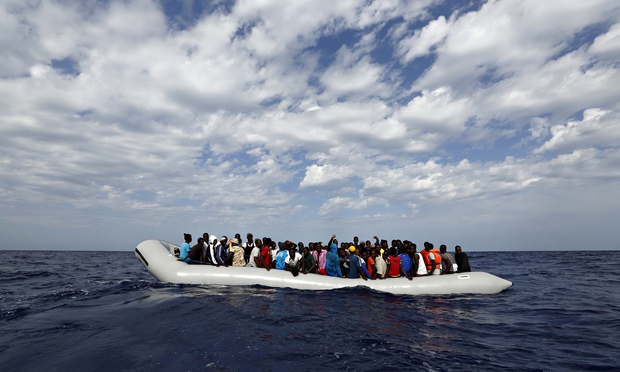 On April 19, 2015 a boat, carrying hundreds of refugees, capsized in the Mediterranean, outside Lampedusa. As many as 700 are feared dead with hundreds more feared drowned off the coast of Libya. At least 1500 refugees have drowned along Europe’s boarders so far in 2015. Has Europe really done enough to secure the refugees safety?

After the 2013 Lampedusa shipwreck, Italy commenced their Mare Nostrum operation saving more than 100 000 refugees however, this operation ended in October 2014. Since then, Frontex and their Triton operation were supposed to take on the same responsibilities. They have roughly a third of the financing – only 2.9 million euros a month. Furthermore, Triton can only operate within about 50 kilometers of the Italian coast. There is, however, one more important difference between Triton and Mare Nostrum.

While Mare Nostrum was a humanitarian search and rescue mission, Triton’s main responsibility is ensuring effective boarder control. The mixing of responsibilities, the lack of resources and the massive flows of refugees from especially Syria and Libya will probably lead to an increase in deaths this next year.

The ongoing Syrian civil war is only one of many larger and smaller conflicts in the MENA region. Millions of people are on the run, and are consequently seeking refuge away from the perils and dangers of their societies. While countries like Turkey, Lebanon and Jordan have taken in 1.7, 1.1 million and 600 thousand refugees many European countries have resisted in taking more than a few thousand refugees. My own country Norway is one of these with only 1000 refugees accepted. The fact that we cannot even spare 10 million euros a month for a common European search and rescue mission for purely humanitarian reasons is an eyesore on our commitment to basic human rights.

The Universal Declaration of Human Rights article 14 states; “Everyone has the right to seek and to enjoy in other countries asylum from persecution.’’ In this, I find it self-evident that European states have a common moral responsibility for ensuring the safe passage and protection of refugees when needed.

Of course, this will only treat one symptom of the current crisis, but is 10 million euros not worth hundreds if not thousands of innocent lives? It would surely be worth it if they were Europeans. Why are Syrians not being considered as valuable?

Tobias Bashevkin, currently studying psychology at the University of Bergen, is a member of the International Committee of the Young Liberals of Norway. You can find him on twitter: @TBashevkin