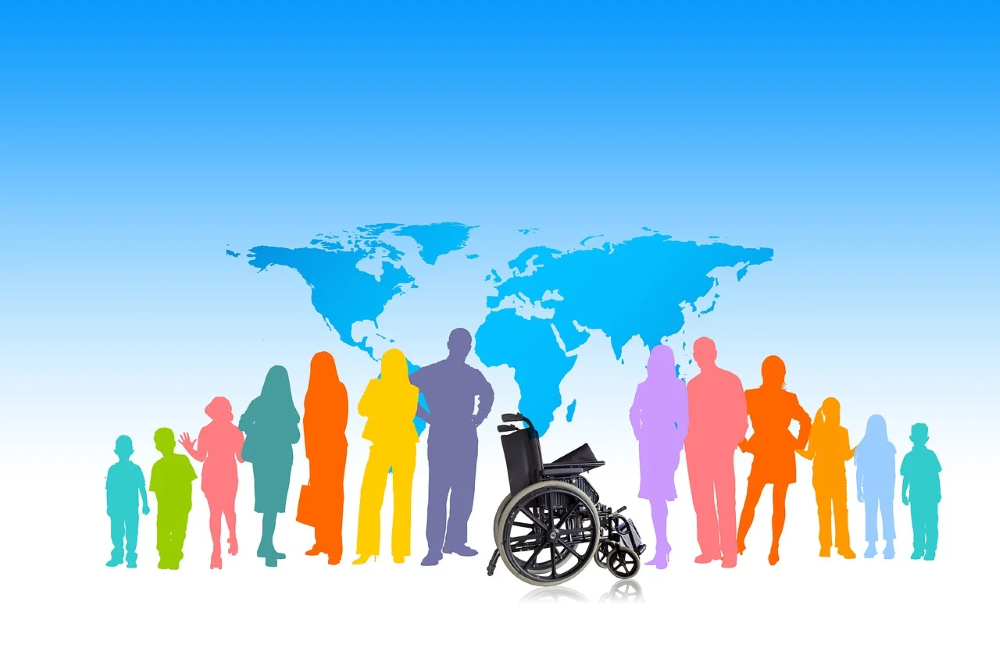 We all dream of perfect health, eternal youth, and endless strength. But while none of us can live up to that ideal — at least not for very long — such a dream is further away for some than for others.

And yet that dream has incredible power. It defines not just how we want bodies and minds to function, but how we require them to.

But how does ableism play out in the lives of the ill, injured, or aged? How does it impact those for whom some sort of “disabling” condition has rendered their minds and/or bodies somehow “unacceptable”?

If you want an example of what an ableist society looks like, you really only need to look at the rhetoric surrounding the COVID-19 pandemic. One of the most often-repeated refrains during the pandemic was that it was only the elderly who were truly at-risk. This ableist attitude reflected the fact that many members of the able-bodied population forget that there is a large population of persons whose disabilities are invisible. Just because you can’t see someone’s disability, that does not mean they are not at risk.

The reality is that figuring out who is “immunocompromised” and who isn’t is far easier said than done. The immune system is highly complex, and, at some point, pretty much anyone might be considered “immunocompromised.” Consider an adult with a congenital heart defect (CHD). Adults with CHD do not always present with visible symptoms or side effects of their particular defect(s). Yet many have exercise-induced asthma that occurs when they participate in aerobic activity that pushes their cardiovascular systems beyond regular limits. Because of the means of transmittal of the coronavirus, this asthma puts patients with CHD in a high-risk category. Yet many have reported dirty looks and even harassment when using at-risk services such as limited shopping hours or continued public usage of masks.

Ableism isn’t just about meeting a specific minimum standard in one’s physical functioning or appearance. It’s also about meeting “appropriate” standards of psychological, intellectual, and emotional functioning. This is precisely the kind of mindset that, for centuries, has led the mentally ill or the developmentally disabled to be locked away in asylums or modern psychiatric wards.

Likewise, for military veterans suffering from PTSD and other psychiatric disorders, a general state of social neglect has given rise to an epidemic of homelessness and drug addiction. Such mental-health conditions are only exacerbated by the physical effects of their time in the service. Untold numbers of servicemen and women, for instance, are thought to have been exposed to asbestos while on the job, sometimes resulting in mesothelioma, a rare and deadly form of lung cancer.

Ableist constructs suggest that when a veteran ends their military service, the transition should be smooth. They should be able to get (and keep) a house; they should remain healthy and productive throughout their “normal” lifespan. They should, in other words, be invulnerable to the effects of their service.

The inability to secure and maintain a proper home and a proper state of health is, in essence, the failure to meet the minimum standards for functioning in an ableist society. That has contributed to the slowness of many towns, cities, and states to respond to the homelessness crisis among veterans.

Even the CHD patient from above can encounter a “mind-over-matter” mindset from others. Throughout their lives, they will have physical limitations thanks to their CHD. In school, these limitations can make kids struggle in classes such as Physical Education, where grades are dependent upon fitness performance. Older CHD patients report that while they were excused from many P.E. activities by physicians, they were still forced into them by teachers who believed that all it would take was to push their limits to “make them better.”

The Limits of Care

If our society is slow to address the urgent needs of our fighting men and women, it’s probably not going to come as a surprise that people suffering from society’s more “stigmatized” conditions often receive the least support.

Alcohol use disorder (AUD), for example, is a condition covered under the Americans with Disabilities Act (ADA). As such, it is a legally recognized and protected disorder. Yet people who suffer from AUD continue to this day to have to fight for their rights and protections under the law, and, especially, in the workplace. If a person with AUD is in therapy and requires flexible working hours in order to attend that therapy, reasonable accommodations must be made. If a workplace socializes on Friday with drinks in-house, a reasonable accommodation can be that the employer must ban alcoholic drinks for the duration of the person’s employment or treatment, depending on the agreement.

This, again, speaks to the ableist fantasy, a fantasy in which addiction simply doesn’t exist. Yet it does, and a person with a protected addiction disorder deserves the same legal protections under the ADA that a person with CHD deserves.

Not many people know what ableism is, yet they live with it every day, either as its victim or as its unwitting accomplice. Ableism trades on a false ideal of perfect health, beauty, strength, and functioning. Unfortunately, those who fail to meet “appropriate” standards in mind and body often pay a heavy price.