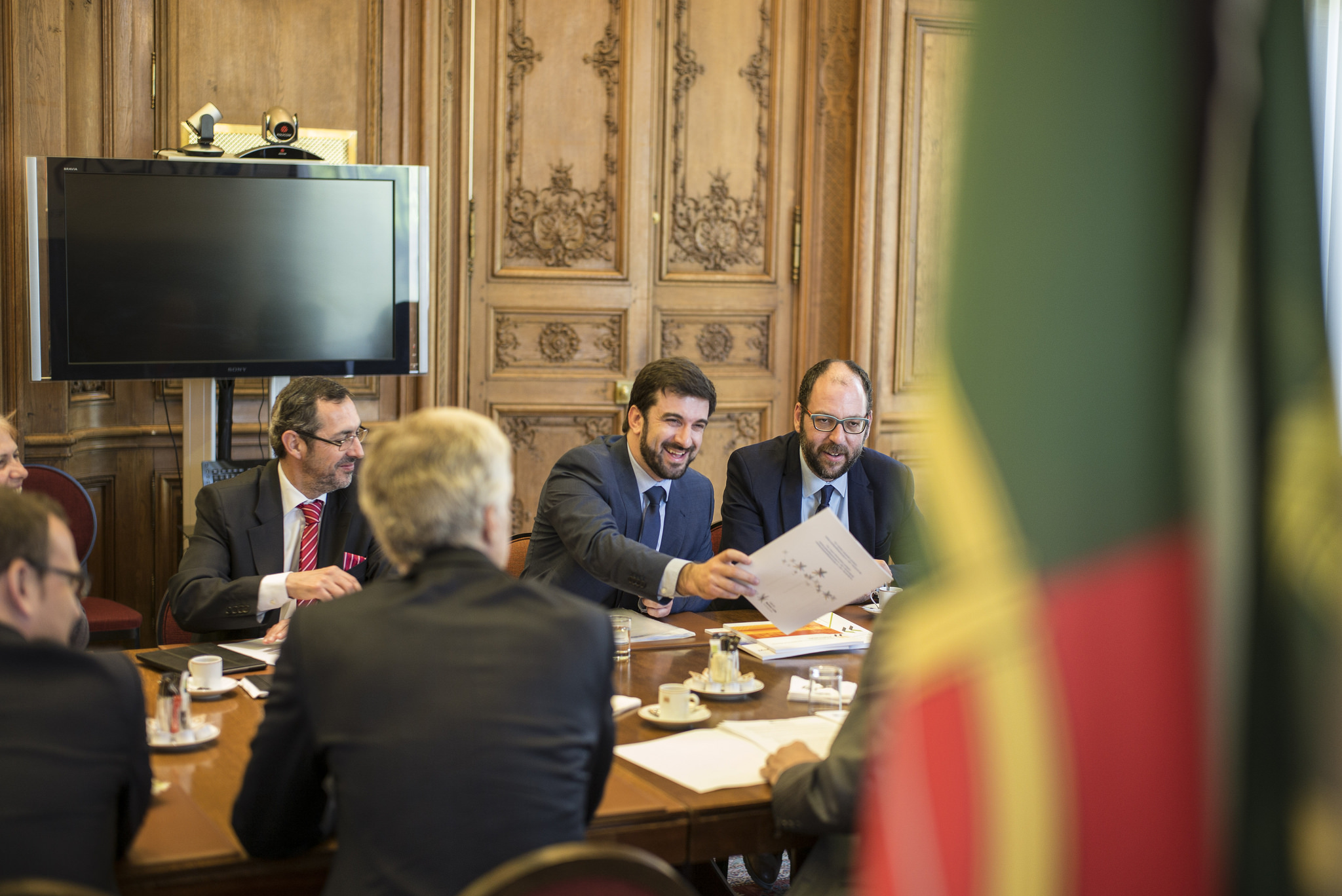 Tiago Brandão Rodrigues, Minister of Education of Portugal at the OECD.

Since the 4th October 2015 Legislative elections, Portugal has remained somewhat politically divided. The manoeuvre undertaken by the Socialist party, which allied itself with the Portuguese Communist Party and with the Left Block to form a minority government with parliamentary support (despite not having itself come first in the elections), has placed the two sides at odds over the legitimacy of what occurred. Despite this, the new government has proceeded to enact a number of laws, particularly in the area of civil rights and social justice, which are commendable.

One particular set of reforms which has given the media much to talk about have been those in the education sector, particularly with regards to the Contracts of Association. These refer to contracts that the government has with a number of private educational institutions: in instances where the public schools network is unable to take on students, they are sent to private institutions for their education. Effectively, these institutions would integrate the public network.

These contracts emerged in the 1980s, when there were areas of Portugal with an insufficient number of public schools. Initially, they were only supposed to cover areas where the demand exceeded the ability of the public system to provide education. In 2013, however, the ex-minister of Education Nuno Crato altered the Statutes of Private and Cooperative Education: since then, the government has been allowed to form Contracts of Association with private institutions even if the demand in a particular area is met by the public network.

The current government has been determined to change this. It has sought to reaffirm the geographic conditionality of the Contracts of Association and has affirmed that no new contracts will be made in areas where the demand is met by the public supply. It has also announced that it will terminate a number of already-existing contracts in areas where the public supply meets demand. Students in these areas will be transferred at the end of their education cycle, and changes would also only be implemented at the start of the next academic year.

This has been met with opposition from a variety of places, from the Social Democratic Party and the CDS-People’s Party, to the Association of Private and Cooperative Education Establishments, and even the Church.

A number of arguments have been brought against the reform proposed by the new Minister of Education Tiago Brandão Rodrigues. Many, including the Church, have argued that these reforms impinge on the freedom of the consumer. They argue that parents, having paid their taxes, have the right to choose the education that their children receive. Another argument which has been brought to the fore concerns the legality of the termination of many of these contracts: the last government established a number of contracts that are to last at least 3 years. Many have thus questioned whether the government can, and should, terminate these contracts. Others have argued that it is cheaper to have these contracts than to have education fully supplied by the public network.

These arguments, however, are either proven wrong when faced with the facts or completely bypass the question. The fact is that this system was created to make up for the lack of supply in the public network in particular geographic areas, something which has to be evaluated from time to time as this supply changes. If the public network is capable of taking on the demand for public education, then the raison d’être of these contracts ceases to exist. The changes enacted by the previous government have created a system whereby the government spends money on something that it doesn’t have to, and when taking into account the economic conjecture that Portugal is currently faced with, these inefficient and wasteful schemes are unwarranted and undesirable.

This has absolutely nothing to do with the choice of the consumer, and the fact that much of the argument has boiled down to this reflects a fundamental misunderstanding not only of the nature of the Contracts of Association but also of the role of the government in general. These contracts were not created to allow consumers to choose between sending their children to public or private schools, but rather to correct for the insufficiency of the public network. If parents want to make this choice, then they are free to do so, but should not expect the government to pay for their sons and daughters to go to private schools. The concept of freedom of the consumer implies the absence of barriers in choosing between two goods, rather than government funding for the choices being made.

Whether or not the provision of public education by private institutions is better/cheaper than provision through the public network is a different question entirely. Maybe this is the debate we should be having. Or maybe we should be pressuring the government to invest less in these contracts and more on the quality of education in Portugal (a side which I personally lean more towards).

The debate in Portugal is pretty much over. The government seems to have no intentions of going back and resuming the contracts it has pledged to terminate, which will mean 39 of the 79 institutions currently receiving funding through these contracts will cease to do so. But the misunderstanding and the resentment have remained, and the division between both sides is not any closer to ceasing than it was at the beginning of this whole episode.