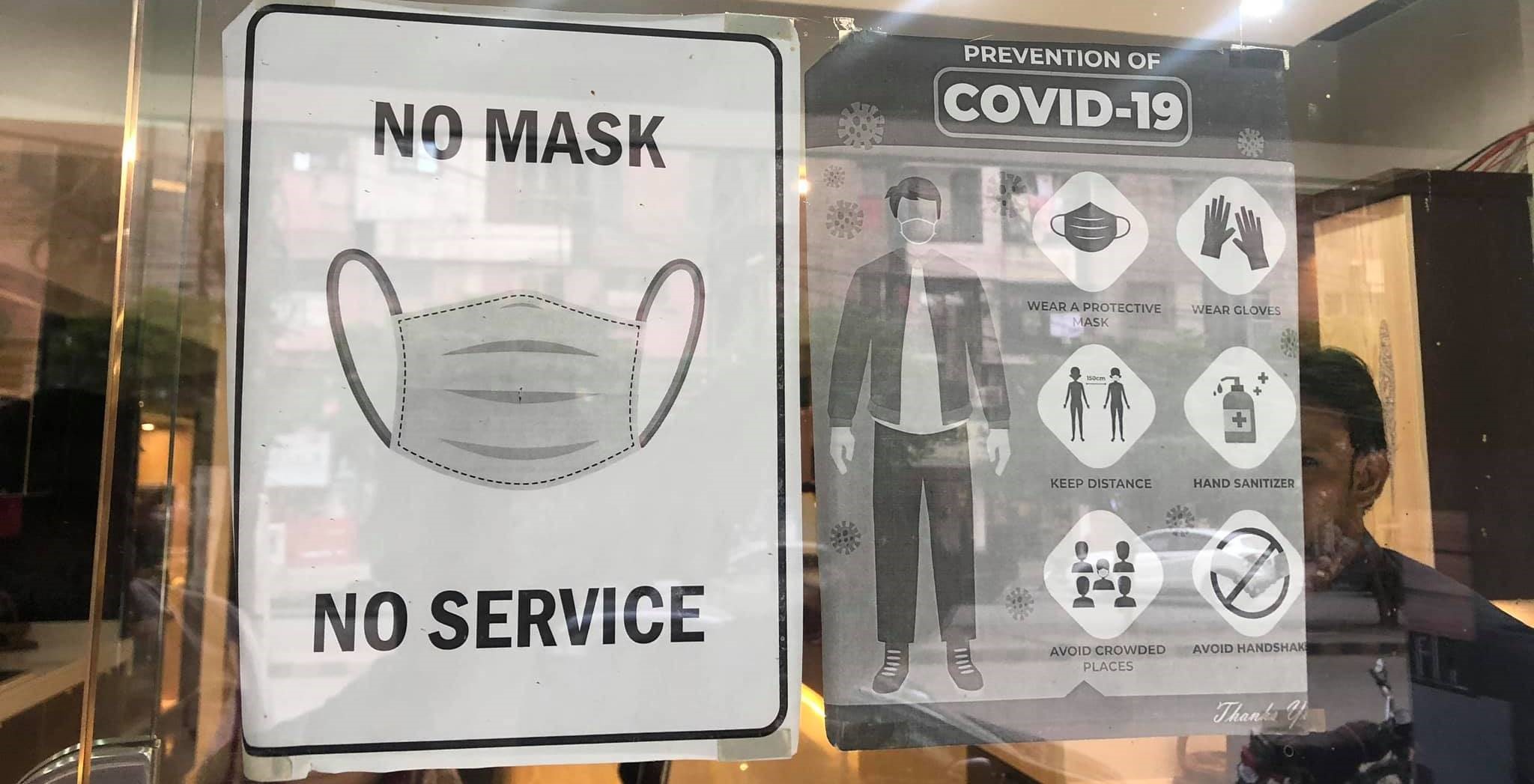 a notice is displayed outside a store in Karachi, Pakistan

There has been a wide range of government responses during the Covid-19 pandemic, some were very harsh, like the ones in China and India where movement of people was severely restricted, other responses, such as the ones in Taiwan and Sweden, were a bit more liberal in nature.

To generate a somewhat liberal response, it is required that the country has strong institutions, a stable government and, most important of all, stable health determinants among the population. But, even then, in my opinion, a government would have to use a more conservative approach than a liberal one. For example, lockdowns, which were among the most common government measures around the world, restrict people’s freedom to move and to congregate and thus take away their liberty. There were protests around the world against the imposition of lockdowns and quarantines in specific areas. But, most health experts, including Dr Anthony Fauci of The National Institute of Allergy and Infectious Diseases (NIAID) in the US, agree that lockdowns are a need of the hour.

A more liberal lockdown or a smart lockdown was proposed by some countries, such as Pakistan, where a restrictive lockdown such as the one seen in China would have been devastating to the local economy. Pakistan is a country with a lot of poverty, where people rely on daily wages to make ends meet. Therefore, instead of locking down the country entirely, the government imposed a kind of lockdown where local businesses were allowed to operate, given that they comply with the Standard Operating Procedures (SOPS), which, if I were to summarize, would mean that restaurants will only be allowed to deliver (no dine in), shops would have to make sure that all customers wear a mask, social distancing would have to be adhered to at places of worship, such as mosques and temples, and hotspots or areas where the concentration of infected people is high would have to be isolated.

Now, when talking about liberties, we cannot ignore the significance of public congregations, street demonstrations and protests.

Is it safe to organize street protests during these times?

Protests and street demonstrations are a way of exercising your rights and standing up for your ideology in a democracy but, the question arises, given that we are in the midst of a pandemic, is there a way to prevent the virus from spreading while also allowing people to gather in large numbers?
To answer this, I would say that this is mostly dependent upon the participants of the demonstration, whether they are taking all the precautions during their assembly or not. During the peak of the pandemic, we saw protests concerning different issues in different parts of the world. The most notable were the Israeli protests against Prime Minister Benjamin Netanyahu and the Black Lives Matter protests against the killing of African Americans in the United States. In both the cases, the groups were exercising their democratic liberties. But, the problem is, it is almost impossible to make sure that all the precautionary measures are being taken, especially when the demonstrations are decentralized or sporadic. During the IFLRY webinar on the Black Lives Matter issue, members of the Young Democrats, including the president Joshua Harris and vice president Quentin Wathum, explained how they are making sure that the participants are following the guidelines, wearing masks maintaining distance; but then again, it’s impossible to make sure that every participant is following the guidelines.

Taiwan and a couple of other countries introduced tracking apps to track and isolate patients and also to map potential hotspots. So, is it okay to provide such information to the government? Well, it really depends on the country. A country like Belarus or Iran, which are known for invading the privacy of their citizens, censorship and silencing of critics cannot be trusted with an individual’s private information. But, since we’re in the midst of a pandemic, we have no choice but to trust governments.

Enforcing the wearing of masks, is it against personal liberties?

In many parts of the world, there have been mass protests against Covid-19 restrictions, particularly on the wearing of masks. Protestors often cite that being forced to wear a face mask is against their freedoms and is a form of government control over them. Many shops and marts around the world have also introduced a policy of denying service to customers that are refusing to wear a mask. While it is true that denying someone on the basis of their attire is discriminatory, I’d like to use Mill’s Harm principle as a reference here.

“The only purpose for which power can be rightfully exercised over any member of a civilized community, against his will, is to prevent harm to others”. John Stuart Hill

During this pandemic, masks are important for the safety of others around you. So, if you’re not wearing a mask, you are risking the spread of infection within the community; therefore, you are to be held accountable for it.

Now, there’s a counter argument to this, because some people might have certain medical conditions and it is not possible for them to wear masks at all times and therefore forcing them to wear masks would be unjust. Therefore, many public health authorities around the world, including the Department of Health of California, exempt people with medical conditions from wearing a mask.

Sweden tried to use an alternative approach by not imposing lockdowns at all and allowing people to congregate. Their ultimate goal was to achieve herd immunity while keeping the economy afloat. But, as we found out later, the ability of the body to maintain immunity against the virus is uncertain with different studies indicating different outlooks; moreover, countries like South Korea and China were possibly seeing cases of reinfection, signifying that the virus might be mutating yet again. So, what happened is that Sweden became the worst affected country in the Scandinavian region, recording more than 5000 deaths, way above the regional average. Sweden’s response was an experiment, and to be honest, I would not blame the Swedish government for that because there was a theory about herd immunity, that a person can become immune to the virus after being infected. This was also debated in the British parliament, however, as we soon observed, the virus itself isn’t completely understood yet and there’s new data coming in every day.

So, can governments ensure that people’s individual freedoms are not threatened during the pandemic?

Most governments use collectivism as a way of dealing with the virus, since the virus threatens a community as a whole. Therefore, to conclude, certain individual freedoms of people have to be restricted for the safety of the community.