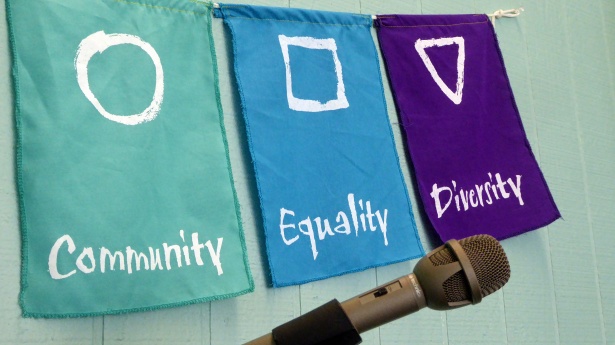 In Finnish we have this thing called hän, IPA pronunciation [ˈhæn], which translates as both ’he’ and ’she’. Obviously, Finnish is spoken by Finns – a people whose idea of a sport is to carry the love of your life through an obstacle course in order to win his or hers weight in beer*.

Since the majority of the world’s population speaks an Indo-European language (English, Spanish, Hindi, French, Russian), the Finnish language, belonging to the Finno-Ugric language family, looks almost alien. Some typical features of Finnish include:

Agglutination: grammatical endings are glued at the end of the word. This creates long words with specific meanings like juoksentelisinkohan translating roughly as “I wonder if I should run around aimlessly”.

Vowel harmony: certain vowels cannot co-exist in a same word: e.g. A and Ä don’t get along so when learning Estonian, Finns have problems of pronouncing aithäh (“thank you”).

Negative verb: the word ei (”no”) is actually a verb in Finnish. When making negative sentences in Finnish, you conjugate the word not based on who doesn’t do: minä en tiedä (I don’t know), sinä et tiedä (you don’t know), hän ei tiedä (he/she doesn’t know) etc.

As the last example showed you, the pronoun hän can be translated as both ‘he’ and ‘she’. The gender of the subject is nothing to be concerned of in Finnish. In fact, Finnish doesn’t have grammatical gender (masculine, feminine, (neuter)) like many other languages have: e.g. French, Arabic and German. The pronoun hän is actually so inclusive that in the past it was also commonly used when referring to animals.

Hän codifies that the gender of a person it describes is not important or it’s unknown. But it’s not just a Finnish thing: gender-neutral pronouns are fairly common throughout world’s languages like Tagalog, Persian, Chinese, Turkish and Basque. Furthermore, the fact that the pronouns are gender-neutral doesn’t make the language in question entirely genderless. This is true also in Finnish, where e.g. professional titles have indication of a sex that’s been dominating the branch. Case in point: palomies (lit. “fireman”). So gender-neutral pronouns don’t automatically mean equality in the language group they’re used. This is where language planning comes in: how and why do we choose the words in our speech? Do we let an institution define what constitutes as exemplary usage? These are the questions about deliberate changes in our language – not just in our own personal use but also in our whole society, state and even international community.

As of July 2019 Finland has assumed the rotating presidency of the European Union and has lifted up things considered important. These include climate catastrophe and equality. Campaigning with hän a part of this one aim and in Finland there has been posters displaying loanwords from other languages. They then proceed offering the all-inclusive hän in return. But is this just a far-fetched ideal? Is it really possible to loan a pronoun to another language?

Pronouns are usually a very stable part of the language and rarely get loaned from other languages. They are used to deduce typological relationships between languages. But “rarely” doesn’t mean “never”. It’s possible that in the future, some languages pick up hän and it becomes an official part of grammar books. But that requires language users to actively and naturally use a word; and in the case of hän, a target language would in some cases have to loan an entire grammatical concept: gender-neutrality and total inclusivity. Political decision-making cannot force a new word or concept into a language. As new things are introduced to a group of language speakers, it will first assess whether or not the new thing is permanent a.k.a. is there a need for a new word. Then it starts to take form and if the language has a lot of inflection, people start arguing how grammatical endings get attached to a new word. Gradually a new word is introduced into people’s vocabulary and they don’t question its existence.

The Finnish hän has already had some concrete effect: in Swedish, which shares an equally official status with Finnish in Finland, the pronoun hen is gaining popularity. In many cases where Swedes have discussed the importance and implications of a gender-neutral pronoun, Finnish hän has been pointed out as an example. Hen first became official in driving license laws in 2015. During the same year, it was officially included into the Swedish Academy Glossary.

Hän probably won’t revolutionize the language use in Europe because Finland wields the club for six months. However, the seeds might have been sown so that in the future, this campaign will be referenced when inclusive use of language is debated. We don’t know how many hän-stories we can read in the future but the pen of writing those has now been given. For more on the campaign, go to finland.fi/han.