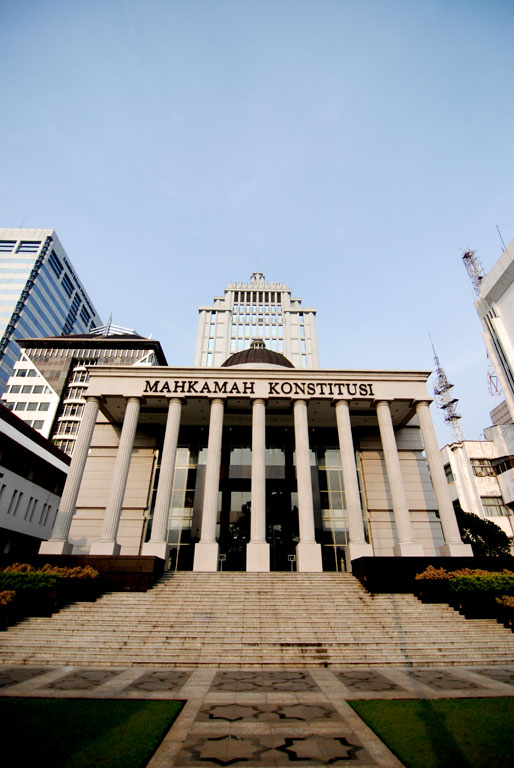 Since the finalization of Indonesia’s new criminal bill, headlines like “Indonesia: Draft Criminal Code Disastrous for Rights”, “Indonesia protests over sex before marriage bill”, and “Indonesian couple fear pre-marital sex ban will make them criminals” have been the center of international media when the topic came to Indonesia: Attention that has, however, been limited to short, relatively shallow articles describing merely the tip of the iceberg.

“We are so grateful for the example across the world, that Indonesia represents in its commitment to religious pluralism and also its commitment to a strong alliance”, United States Vice President, Mike Pence, said during his visit to Indonesia two years ago. And while the fourth biggest nation on Earth has, indeed, experienced significant economic growth lately, not all aspects of society seem to follow suit: An example thereof being the new proposed penal code. A code that has been called “disastrous not only for women and religious and gender minorities, but for all Indonesians” by Andreas Harsono, senior Indonesia researcher at Human Rights Watch but that seems to go fairly unnoticed by the rest of the world.

On September 15th, 2019, a task force finished a draft for a new criminal code replacing Indonesia’s current penal code dating back to the days of Dutch colonial rule, and while reading the latest media articles on the topic will quickly clarify that the proposal has not come without complaints and public resistance, the relatively short media articles oftentimes emphasize reactions rather than content, making it difficult to get an understanding thereof as a non-indonesian speaker. In the following I will try to give a quick overview thereof.

While mainly known as “the new criminal code”, the bill’s actual name is “RUU KUHP” – or “Undang-Undang Kitab Undang Undang Hukum Pidana” – translating directly to “The criminal code”. The draft contains 628 articles regulating the entire penal code of the country and its 271 million people, thereby replacing the current one dating back to the Dutch rule ending in 1945.

Criminalization of consensual sex, homelessness as well as diminishing the head of state might seem like laws that no one could imagine in the 21st century. These are, however, amongst the ones proposed in the most recent Indonesian penal code.

Hence, the law – if passed – will among other things include potential prison to anyone who “offers, broadcasts, writes or promotes contraception” to children under the age of 18, as well as generally restrict the free exchange of vital (sexual) health information. Further, deviations from Indonesia’s six officially recognized religions will be punished, just as associating with organizations that follow a Marxist-Leninist ideology “with the intent of changing the policy of the government” will be punished by up to 10-years of prison. Apart from a general move towards political Islam, the law has been interpreted to be especially discriminatory targeting LGTB people as well as women and religious minorities.

Being a revision of the entire penal system, the proposal also includes a revision of KPK, the Indonesian government agency established to fight corruption. Among other things, the new revision means that a supervising council will be established: the members thereof, however, will be appointed by the president himself, something that has been strongly criticised by Transparency International.

Furthermore, the law will result in smaller fines for corruptors, and hence the minimum fine will be changed from the current 200 million rupiah (around 14.250 USD) to 10 million rupiah (715 USD), just as it will be illegal to diminish the stature of the head of state. Hence, anyone who attacks the dignity of the president or vice president may face a maximum of four years and six months imprisonment, or a rp 2 billion fine (roughly 142,600 USD). Following the bill, several protests and revolts have taken place, including some that have resulted in deaths.

Although the president keeps expressing his concern for the country, the bill has not yet been passed, and discussion thereof has been postponed. While the future of the bill remains uncertain, the world is watching as Indonesia discusses laws that seem to hinder the development that the international community have been cherishing.