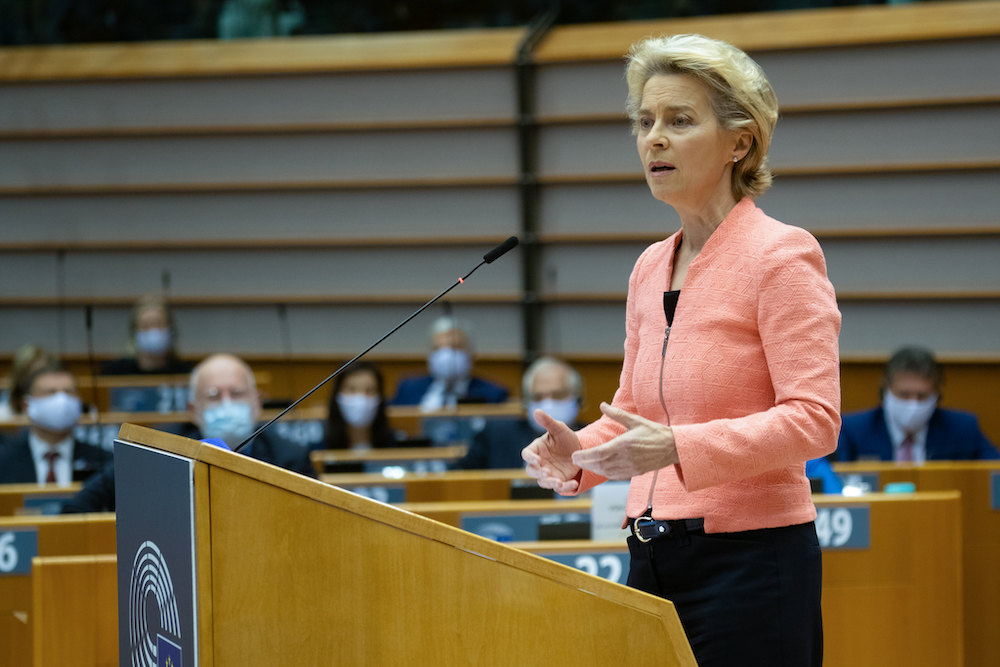 There are no two ways about it: the EU has had a rough few weeks. It has come within a whisker of triggering a major diplomatic incident with the UK, has faced the wrath of angry member states asking where their vaccines are and is now facing accusations of letting two of its most vulnerable neighbours down: Bosnia and Moldova. But can Brussels yet redeem itself?

On 27 January, the EU shocked and infuriated even its most ardent supporters. It attempted to trigger Article 16 of the Brexit withdrawal agreement. This would have meant that the EU would, at least in the short-term, have put up border infrastructure between Ireland and the UK. The EU would have done so in order to stem the flow of vaccines out of the bloc where pre-agreed quotas had not been met.

What made the situation so extraordinary was that the Commission decided to try triggering Article 16 without first engaging with Westminster, without consulting Michel Barnier – the man who oversaw the unpicking of the UK’s membership – and, crucially, without notifying Dublin of its intent. Without breathing a word to Irish Taoiseach Michael Martin, Commissioner Ursula von der Leyen had pushed the nuclear button on EU-UK relations.

In the face of a massive internal outcry, the Commission backed down on 29 January. But the damage has been done.

The EU likes to present a united front to the world. It likes to say that it is a family of twenty-seven nations broadly moving in the same direction. Over the course of the last decade, the narrative that the EU is a bureaucratic, undemocratic body has gained traction. In fact, it was a key factor in the UK’s vote to leave in 2016.

On 27 January, the Commission acted independently. It did consult. It did not seek permission. It acted of its accord. Almost a month on from this, it is still unclear who exactly gave the green light on Article 16. Whether it was her intention or not, Ursula von der Leyen appears to have given credence to the notion that Brussels de facto imposes upon twenty-seven countries.

Von der Leyen hastily found herself on the phone to Dublin. The exact contents of that call remain private. But von der Leyen does seem to have smoothed over the sudden cracks between Brussels and Dublin.

While Ireland’s unexpected foray into the limelight has diminished, it has not ended. The actions of the Commission have severely impacted relations with Westminster.

The EU’s vaccine dispute was with AstraZeneca, a company with its European HQ in the UK. Brussels has been let down by AstraZeneca. The pharmaceutical giant appears to be unable to meet its contractually obliged doses to the EU. It is right that Brussels is pursuing its agreed doses. It is wrong that the Commission has dragged the UK into this dispute.

Dignity was in short supply on 27 January.

As problems continue to arise both on the UK-Ireland border and the UK’s own internal customs border between Northern Ireland and Great Britain, Westminster is keen to keep good with Dublin. But the Brexit process has taken its toll.

Under both Theresa May and Boris Johnson – particularly Boris Johnson – the UK did not always behave well. To say that the UK was not the easiest negotiating partner is an understatement. In particular, the UK’s open attempt to break international law in the autumn of 2020 caused substantial damage to UK-EU relations. To the world, Brussels was the stable one, keeping a cool head and a collected demeanour as it dealt with Westminster. On 27 January, that impression ceased to be.

It might have its flaws, but the UK does have a trade deal with the EU. It is now turning its attention to deals and relations elsewhere; in particular, the eleven-nation CPTPP (Comprehensive and Progressive Agreement for Trans-Pacific Partnership), the Gulf Kingdoms and, wistfully, the United States. In short: repairing the Westminster-Brussels relationship is rather one-sided – geared towards Brussels.

The Commission’s rashness and lack of forethought is continuing to cause a headache. But Brussels ought to keep an eye on things further to the east as well.

Two of the bloc’s most vulnerable neighbours directly border it: Bosnia and Moldova. Bosnia borders Croatia; Moldova borders Romania. These are two of the poorest countries in Europe. Both suffer from extreme levels of poverty and corruption and are never more than a stone’s throw away from ethnic violence, particularly in Bosnia.

Throughout the pandemic, the EU has provided both countries with PPE, financial aid and medical expertise. This has helped to boost relations with both Sarajevo and Chisinau. But, now that a global vaccine programme is getting underway, vaccines in Bosnia and Moldova are almost non-existent.

Public health is normally a national competence, something over which the EU has little involvement. Normally, it would not even concern itself with the public health affairs of two countries that are not even member states. However, Brussels asked the bloc’s members to, on this one, let it take charge. It argued that strength comes in numbers and that, as one, smaller members, like Malta and Estonia, would not miss out, nor would the poorest member: Bulgaria.

Brussels also promised to continue assisting both Bosnia and Moldova, as it was doing before any vaccines had been approved.

There may be widespread anger across the EU27 at the snail’s pace of distribution and the total lack of vaccines in some regions altogether. But Bosnia and Moldova have yet to receive a single dose at the time of writing (18 February). Sarajevo and Chisinau have placed their faith in Brussels. As of yet, Brussels has been unable to deliver on its promise. All the while, Bosnians and Moldovans are watching on as the peoples of the EU are (very slowly) vaccinated – and as the UK, Israel and the UAE run off into the sunset with their own programmes.

As of yet, there does not appear to be too much anger in either country. But in two of the least stable countries in Europe, groundswells can come strongly and suddenly.

The pandemic has battered the EU’s public image. It has spent the last few months beginning to rebuild this – and reconnect with voters across the bloc. But, for the first time in a long time, Brussels now must also deal with two messes of its own making: one to the west and one to the east. Quite what it will do to rectify these situations has yet to be seen. Some in Brussels might well be wondering if these cracks can ever be repaired – or whether the best the bloc can hope to do is merely paper over them.