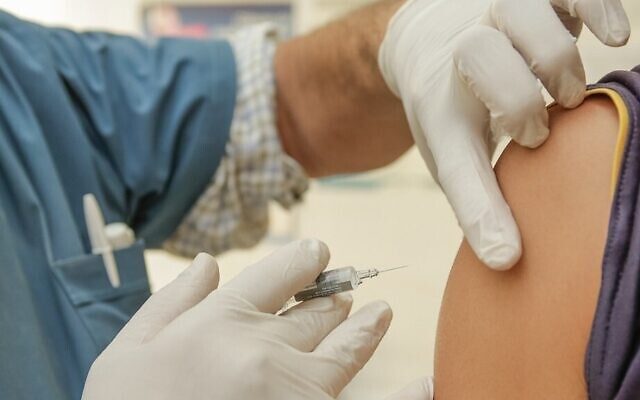 To say that 2020 has not been the best year is an understatement. This is particularly true for the EU. Even the most pro-union of leaders and officials would have to concede that it has been a difficult year for the EU. Covid-19 has surged across the bloc – twice. Brexit Britain has become ever more difficult. The United States, Turkey and Belarus have all become increasingly difficult partners. There has been a fresh resurgence in the wave of terror, with attacks in France, Germany and Austria. But now there is cause for cautious optimism.

The first glimmer came on 7 November, when Pennsylvania was called for Vice-President Joe Biden. As Pennsylvania is one of the larger US states, it was able to hand victory to Biden – and make the incumbent Donald Trump a one-term president.

As European leaders breathed a collective sigh of relief, an even more incredible piece of news broke. A Covid-19 vaccine jointly developed by Pfizer and BioNTech had been shown to be more than 90% effective in clinical trials. The firms announced that they would quickly be pushing ahead with mass manufacturing at their American and German sites.

News of the Pfizer-BioNTech vaccine has been met with both jubilation and cautious hope the world over. The vaccine could begin to be rolled out as early as December. These two moments of light do interconnect. Given that the Trump Administration stopped the export of PPE and ventilators to Canada and Mexico at the height of the pandemic’s first wave, there were some concerns that Trump could limit the supply of any potential Covid-19 vaccine under the guise of his America First policy.

Donald Trump will remain president until 20 January 2021. If the vaccine does begin to be rolled out next month, then he does have the power to limit it until then. Donald Trump is a man scorned. In his eyes, American voters have left him standing at the altar in a white gown. Ergo, he might be prone to making mischief for the incoming Biden Administration during his final two months in the White House.

Come what way, the man who has continually derided the EU, supported Brexit, emboldened the antics of Orban in Hungary and Duda in Poland, has been disrespectful to multiple EU leaders and has even threatened NATO and the UN has now been sacked by voters. The virus that has also brought the bloc to its knees could well be brought under control next year.

But the sky is always darkest just before the dawn – and Brussels has not quite yet reached the dawn. The virus is still surging across the continent. France, Spain and Italy have all crossed the one-million cases threshold. By the time you read this, France might even have crossed the two-million mark.

But it is Belgium and the Czech Republic that are facing the hardest fights. Belgium, a country of a little over eleven million, has recorded more than half-a-million cases. Around one-in-eighteen Belgians have had Covid-19 at some point. In the city of Liege, that figure rises to almost one-in-two. In Liege, the situation is so dire that infected medical staff with milder symptoms have been asked to keep working so as to avoid a total collapse of the healthcare system in the city. Most of the city’s hospitals are over capacity. There are reports of medical staff taking oxygen tanks out into car parks to treat the sick as they arrive in their cars.

Similarly, the Czech Republic, a country of about ten-million, has recorded well over four-hundred thousand cases. Doctors without Borders has had to head to the Czech Republic in order to help Prague set up makeshift hospitals across the country. Crematoria in the country are also under such strain that some bodies are having to be sent to Germany and Slovakia for cremation.

When the mass roll-out of a Covid-19 vaccine does finally begin, then Belgium and the Czech Republic will likely be the EU’s top priorities.

But another day is also approaching – one which has fairly unknowable consequences. Angela Merkel, German Chancellor since 2005, will soon be leaving office. Following a poor election result for her Christian Democrats’ Union in the 2017 German election, Merkel announced that she would not seek re-election as Chancellor in 2021.

It might be hard to imagine Germany – and the EU – without Merkel, but that will become reality next year. Perhaps the more pressing question, however, is: Is Germany ready for a male leader? Gender aside, the race to succeed Merkel will be a brutal one. As of yet, there is no clear frontrunner.

Germany is a pivotal anchor of the EU, the Eurozone and NATO. It is also a major world power. Whoever succeeds Merkel will have to be as tough, as strong and as unifying as she has been throughout her decade-and-a-half in power. Merkel has helped to steer Germany and the EU through two Eurozone crises, the Migrant Crisis, the wave of terror that has swept across Europe since 2015, Brexit and now a pandemic. It is little wonder that she was dubbed Leader of the Free World after the election of Trump in 2016.

After the UK began the process of leaving the EU in 2017, French President Emmanuel Macron called for the reform and rejuvenation of the bloc. Now that the pandemic has hit all twenty-seven members like a punch to the gut, Macron’s words ought to be revisited. With Trump soon gone and a Covid-19 vaccine within touching distance, Brussels would do well to use 2021 as a year for reform. Covid-19 has heightened Euroscepticism in Italy and Hungary. It has also exposed the flaws of the bloc and its modus operandi to its fullest extent. With a new German leader at the helm, Brussels could begin to reshape and remould the EU, its scope and reaches and, as France is extremely keen to do, its membership requirements, currently defined by the Copenhagen Criteria.

2020 has been the most difficult year the EU has quite possibly ever faced. 2021 could be the year when the bloc rises from the ashes.