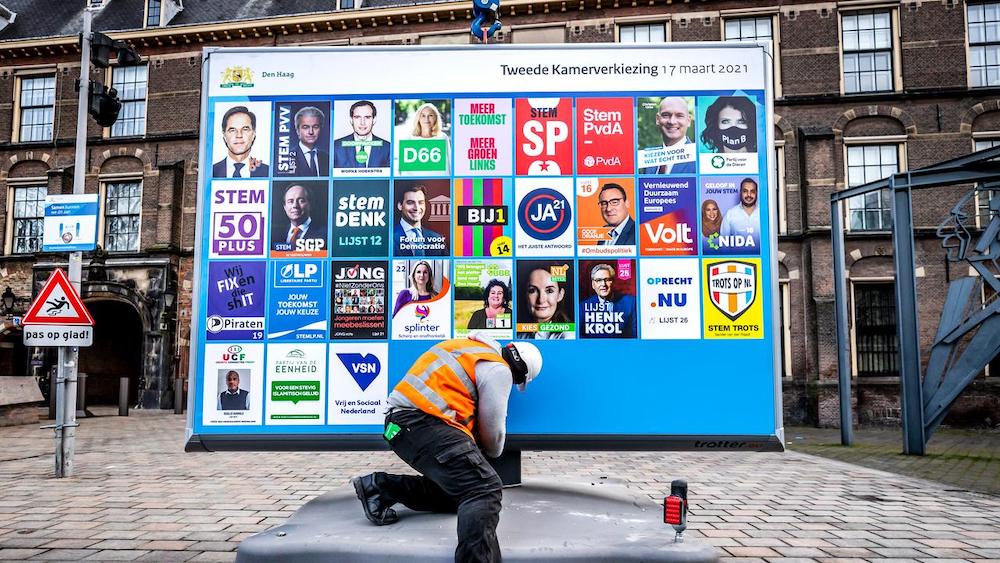 The EU-wide vaccination programme has got off to a rocky start, to say the least. Now, things are going from bad to worse. The rollout of the AstraZeneca jab has been paused, countries that are reliant on Brussels for their vaccines are growing increasingly impatient and some member states are even looking to procure their own jabs from elsewhere. The EU is on the cusp of losing control of this process.

By late-February, Brussels was finally conceding that the rollout of its approved vaccines – Pfizer/Bio-N-Tech, AstraZeneca and Moderna – is not going as planned.

The EU is attempting to distribute its available vaccines proportionately. This means that the worst-hit members, like Belgium and the Czech Republic, are receiving the same number of vaccines per-person as members that have managed to stabilise their epidemics, like Finland and Malta. But it has also had an unintended consequence for the federal member states.

A federal country is one in which individual areas partially self-govern, but are also answerable to a central power which oversees matters like defence, foreign representation and, at times, crisis management.

The bloc’s federal members – Germany, Austria and Belgium – are now having to come up with plans for how to effectively distribute the vaccines given to them amongst their states. Germany has sixteen states, Austria has nine and Belgium has three, which it calls provinces.

In short: the three federal members have all been allocated their share of vaccines, but now they need to work out how to distribute them across their states. In Belgium, in particular, this is leading to a scramble between the three provinces for vaccines. For the federal members, the EU’s method of distribution is a headache.

But Austria, alongside Denmark, is also breaking ranks in another way. Frustrated with the extremely slow pace of the vaccine programme, Vienna and Copenhagen have struck a vaccine deal with Israel.

Israel, the world leader in Covid-19 vaccinations, has soared from one strength to the next with its vaccine programme. Normal life is now beginning to resume across the country.

On 4 March, at a press conference in Jerusalem, the leaders of the three countries agreed to work together to develop new vaccines, up production of existing ones and collectively share excess doses between themselves. Austrian Chancellor Sebastian Kurz took it one step further, saying that the EMA (European Medicines Agency) was “too slow in approving vaccines”.

Austria and Denmark were soon facing backlash from across Europe, with France becoming the first big member to say that it stands by the EMA.

Amidst this backdrop, Brussels continued to jostle with Westminster over the continued inability of AstraZeneca’s UK plants to meet its vaccine commitments to the bloc. Then came another curveball. The EU’s embattled vaccine programme has almost ground to a halt as member after member has curbed the usage of the AstraZeneca vaccine.

The day before the Jerusalem press conference, Austria became the first member state to suspend the use of this particular jab over fears that it could lead to an increased risk of blood clots. As of 16 March, twelve members, almost half of the bloc, as well as Norway, have paused the use of the AstraZeneca jab. Among them are Germany and Italy, home to two of the three largest EU populi.

The EMA has been quick to say that it stands by the jab, but the damage is done. As infections begin to rise once again across the bloc, trust in the AstraZeneca jab has collapsed. In France, which has long had a strong anti-vax streak, there are some people who will simply not be vaccinated going forward.

The pulling of the AstraZeneca jab has heightened frustrations across the bloc and led to accusations that the EU is playing politics.

AstraZeneca’s European HQ is in the UK. As Westminster-Brussels relations are in the proverbial mire, the political element writes itself. But this has had another unintended consequence: some member states are now looking eastwards for their vaccines: Hungary, long a thorn in the side of the EU’s day-to-day activities, and Slovakia.

In January, Budapest signed a vaccine deal with Moscow. In early March, Bratislava followed suit. Given the chaos that is now engulfing the EU’s vaccine programme, both countries have now made good on their deals. Receiving them overland via Ukraine, both Hungary and Slovakia have begun jabbing their populi with the Sputnik V vaccine. The move, particularly in Slovakia, has sharply divided public opinion. Health Minister Marek Krajci even resigned over the deal, fearing that it could lead to “a collapse” of the country’s coalition government.

Hungary may have long had a rogue streak, but Austria, Denmark and Slovakia are not known for breaking rank in this way. The actions of Vienna, Copenhagen and Bratislava show just how much confidence in Brussels has been battered by this intractable rollout.

But, on 17 March, Brussels did get one glimmer of light amidst the mess.

The Netherlands held a Covid-secure general election over the course of three days. Shortly after polls closed on the third day, exit polls were released.

Despite months of protests and crises over lockdowns, curfews and the lack of vaccines, liberal-leaning parties gained ground. Mark Rutte’s governing VVD (People’s Party for Freedom and Democracy) looks set to retain power, but the liberal, pro-EU D66 (Democracy 66) gained, while the far-right PVV (Party for Freedom) lost ground. Interestingly, the pan-EU political experiment that is Volt gained representation in a national parliament for the first time. Up until the Dutch election, their only representation was a sole MEP from Germany.

With the EU and a number of its members lurching between economic, social and public health crises, the Dutch vote of confidence will be welcomed in Brussels. It might even buy Commissioner Ursula von der Leyen some breathing space as she faces increasingly vociferous calls to consider her position.

At times, the EU has faced internal battles over issues. Some members, like France, have rebelled, some, like Poland and Hungary, have caused more longitudinal problems, one, the UK, even left. This is why Brussels has good cause to celebrate the election result in the Netherlands. But it would also do well to look at Austria, Denmark and Slovakia. These three members did not shout, make a fuss nor try to score political points. They simply went their own ways in securing as many vaccine doses as possible for their populi – and that speaks volumes.