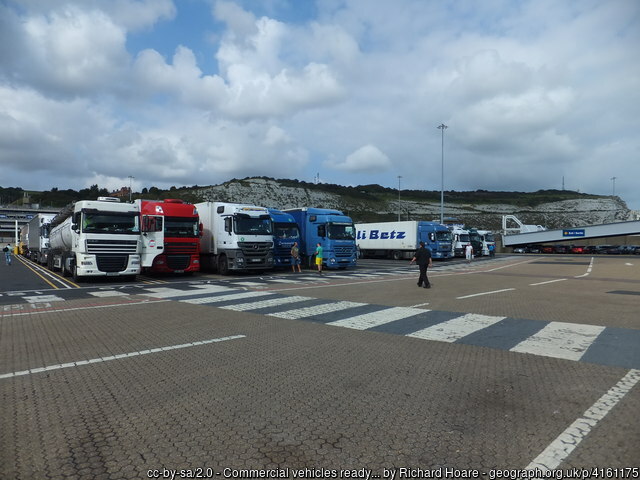 Across the EU, the Pfizer/BioNTech vaccine is being rapidly rolled out. Many EU members, including France, Germany, Spain and Sweden, will begin vaccinating en masse on 27 December. After a foul year, the end of a pandemic that has ravaged the EU is in sight. But the situation is continuing to spiral out of control across the bloc. A new, more contagious variant of Covid-19 appears to have spread to France and the Netherlands from England. Elsewhere, Brussels is still struggling to strike a post-Brexit trade deal with the UK. All sides are now publicly saying that no-deal is now the most likely outcome. So, does 2021 actually look set to be a better year for the bloc? Or is Brussels in for another annus horribilis?

Public health is one of the areas in which the EU would normally have no say. That being said, the need for a vaccine has thrust the Medicines Agency into the spotlight. After weeks of prodding and asking for updates, the European Medicines Agency finally approved the Pfizer/BioNTech vaccine for general use on 21 December. After months and months of fighting an invisible enemy with one hand tied behind their backs, the EU27 finally have a vaccine. Not only is it essential to ending the Covid-19 pandemic, the Pfizer/BioNTech vaccine is also groundbreaking.

Normally, vaccines contain a small amount of whatever it is that they are designed to immunise someone against. This triggers the immune system and leads to the creation of antibodies. These antibodies provide protection against infection. This one works a little bit differently.

It uses proteins akin to those found on the outer spikes of Covid-19 pathogens to trick healthy cells into thinking that they have been infected with the virus. This then triggers the immune response. Thinking it has been infected, the immune system produces antibodies that attack the injected protein particles. In short, the vaccine outwits the immune system.

This vaccine represents an almighty medical breakthrough. It is one that is sorely needed.

At the time of writing (23 December), the virus is pushing economies and healthcare systems to the brink. The Czech Republic and Belgium – already in the throes of major crises – have spiralled even further downwards. France has become one of the hardest hit countries in the world. Austria is on to its third lockdown. Sweden has all but admitted that its pursuit of herd immunity has failed. Every EU member has national restrictions of some kind – be they light (Sweden) or severe (France) – in place.

As leaders across the EU breathed a collective sigh of relief at the news of approval of the vaccine, the UK confirmed to both the WHO (World Health Organisation) and a global audience that a new, highly contagious variant of Covid-19 was rapidly spreading across Southern England.

Westminster quickly enacted stay-at-home orders for London and the Home Counties, but this new variant has now been confirmed across Wales and in the Scottish Borders. It is no more deadly than the common strain of Covid-19. There is no evidence to suggest that it is resistant to the Pfizer/BioNTech vaccine. The danger comes from the fact that it is about sevenfold more contagious. It can spread like wildfire – even during a lockdown. In fact, this is how it was able to get a foothold; it spread during the second English lockdown in November.

Within hours of the news breaking, the Netherlands imposed an immediate travel ban on the UK. Countries, not just in the EU but across the world, rapidly followed suit. Among them was France. The Calais-Dover crossing is one of the busiest trade routes in the world. The UK is reliant on it for food imports and it is a major artery into the EU’s Single Market. France enacted a blanket ban on all rail, air and ferry crossings. The ban applied not only to passengers, but also to freight. Nothing could go into the UK; nothing could enter France.

The border has now reopened for freight crossings, provided that hauliers can produce a negative Covid-19 test. But the backlog in both Calais and Dover will take days to clear.

The closure brings home an uncomfortable reality for both Westminster and Brussels: the very harsh reality of a no-deal Brexit on 1 January. The chaos seen in both Kent and Pas-de-Calais could become the new normal in mere days if a trade deal – no matter how bare its bones might be – cannot be struck.

Without a deal in place, the UK will fall out of the transition period on 31 December with no trade or customs arrangements of any description. Although the UK will become a third country no matter what, no-deal means that both sides will be legally obliged to follow WTO (World Trade Organisation) rules. These can be complicated, muddy and not conducive to smooth trade. WTO rules exist to set bare minimum standards for global trade. They are not designed to be the backbone of trade between partners that are as important to one another as the EU and the UK are.

But the talks are still deadlocked. They have gone on for longer than anyone on either side realistically expected. But neither side appears willing to pull the plug. There are even some whispers on the EU side of continuing the talks beyond any no-deal outcome.

If no-deal does happen, then neither side will walk away covered in glory. The EU already has a reputation for being difficult to strike trade deals with, as Canada found out the hard way back in 2017. It will be a body blow to an already badly-hit UK economy, but it will also hit the EU hard – in particular, Ireland, France and Spain.

But the main sticking point is fishing. Neither side appears willing to compromise on fishing rights and mutual access. There are whispers that Michel Barnier did attempt some compromise but was quietly slapped down by Paris and Amsterdam – both of whom enjoy wide-scale access to British fisheries – behind the scenes.

Unless someone gives some ground, no-deal becomes a near certainty in just a few days.

2020 has battered the EU and its members. Economies, institutions, governments and the Eurozone and Schengen Area have been tested and pushed like never before during peacetime. Pfizer and BioNTech are providing an answer to the public health crisis. But it is up to Brussels how it handles the Brexit talks and its relations with Westminster. How it does this could well define how 2021 will unfold for the bloc.