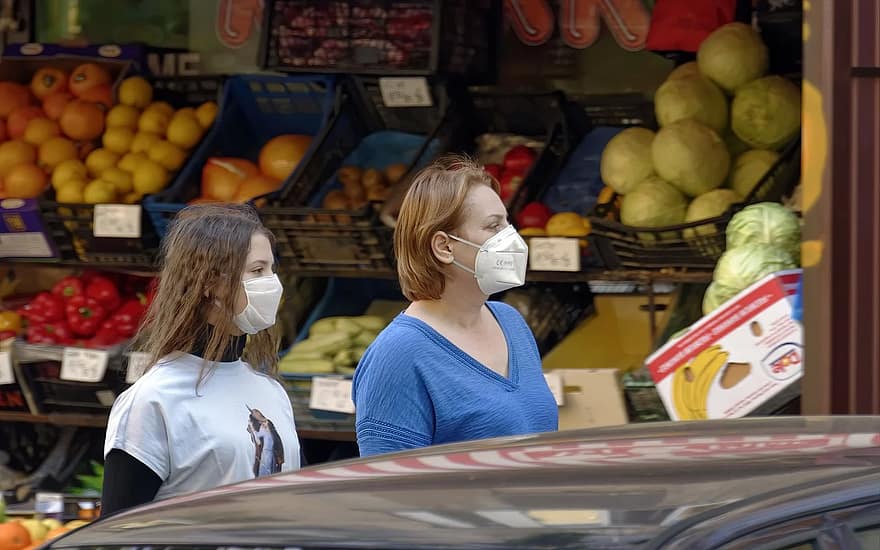 It seemed as though a sense of normality was returning to the EU. In June and July, the EU was able to reopen many of its internal borders and thrash out a new budget and a post-Covid economic recovery scheme. It even managed to present a united front against China’s actions in Hong Kong. But all of that has now changed. Covid-19 is rebounding — and it is once again putting a drain on Brussels. Cases are surging across most of the EU, with Germany, France and Spain being badly hit once again. Some areas in some countries have even been returned to localised lockdowns. But is there a way that the EU can function with Covid-19 in the longer term? Can it even do anything to avoid more enormous economic contractions that could take the Eurozone to the brink?

It began with a cluster of cases in Barcelona and the German state of North Rhine-Westphalia. Both areas were put into local lockdowns, with the Spanish and German governments insisting that these lockdowns would not have any major impact on their national fights against Covid-19. Then cases began to tick upwards in other parts of Spain and Germany. Then France began to report a notable increase. Then Italy, already among the hardest hit countries in the world, followed suit. By early August, many member states had strengthened or even reintroduced quarantine requirements for arrivals from other member states. Some began to dub these increases as the second wave. Others argue that it is simply a secondary spike from the first wave. Either way, Brussels seems to almost be back to where it was in early March.

Europe’s lockdowns, as necessary as they were, have caused massive economic damage. The Italian economy has shrunk by 12.4%. France has recorded an even greater drop of 13.8%. The German economy, the strongest in the EU and among the largest and strongest in the world, has fallen by 10.1%. But it is Spain that has taken the hardest pummelling — its already weakened economy has now sunk by a quite incredible 18.5%. The EU has seen its overall economy contract by 11.9%, far deeper than the retractions seen during the height of the Eurozone crises. Every member state has seen or will almost certainly see massive contractions. The economic news is grim. There is no pretending otherwise.

These numbers speak for themselves. It is clear why Brussels is desperate to avoid more general lockdowns and restrictive borders. Managing both public health and economies is a game of trade-offs, but it is one that can be somewhat handled with expectations management. Initial hopes that Covid-19 would lead to a huge drop followed by a sharp uptick have been dashed. It now appears that the recovery live will be a more longitudinal one. Many people now appear to realise this and have accepted that both Covid-19 and its economic effects are here for the duration. The Commission now also seems to realise that its post-Covid recovery scheme will also be a more long-term project, particularly for Spain and Italy.

This is where the Commission has two options when it comes to expectations management: frankness or pragmatism. If the route of frankness is chosen, then the Commission will have to admit that local lockdowns and other societal restrictions will remain the norm until such times as a vaccine is available and a critical mass of people have been jabbed. Local lockdowns and other restrictions will have economic impacts and will slow down the overall economic recovery. The path of pragmatism is broadly similar but will involve bailouts and loans being handed out in exchange for certain measures being implemented, such as masks being made mandatory and larger gatherings being banned. The path of pragmatism will look a lot like the Eurozone bailouts of the late 2000s. The path of frankness will likely make the EU more popular in some sectors of some member states as the EU will be seen as being straight with its citizens. The path of pragmatism will be far more cost effective in the face of huge economic losses, but it will likely make the EU a lot less popular, particularly in Italy, where Brussels is already grappling with a major image problem.

These two paths sound vague because they are. This is an unpredictable situation, one with no obvious end in sight. If Covid-19 rebounds to the levels seen in February and March, then border closures and national lockdowns will again have to be implemented. This will inevitably cause more economic contractions. With the bottom already dropping out of the Spanish, Italian and French economies, this would probably be the final straw. But Brussels is in the same situation as the rest of the world. There is no clear forward for any country. Even New Zealand, which eliminated Covid-19 for more than one-hundred days, is battling a fresh outbreak. Wellington has had to implement a localised lockdown in Auckland and has delayed the country’s general election from 19 September to 17 October. If a small nation like New Zealand is struggling, then the situation for Brussels is twenty-sevenfold harder.

In these articles, I normally like to look at what Brussels has done and what its next options might be. But this is such an unprecedented situation. Brussels is dealing with a pandemic, a major recession, belligerent partners in the United States and Russia and the continued uncertainty of Brexit all at once. There is no clear path forward for Brussels. The best it can do is to just choose a course of action, hope that it is the right one and be honest with its member states and its citizens about the possibility of missteps. Should it choose the wrong path, then Brussels must hold its hands up and admit to its mistakes. The pandemic is testing almost every government, societal norm and financial system to its absolute limits. But, in a union of twenty-seven, these tests are far greater — and could end up being far more resonant.