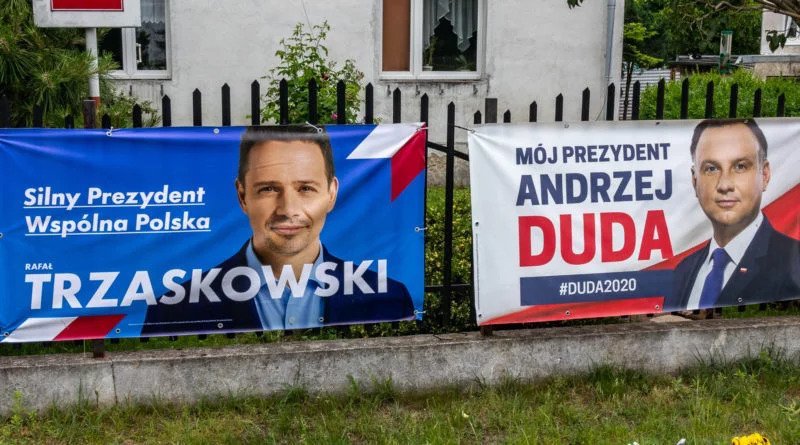 On 28 June, the EU got to enjoy a rare moment of optimism. Poland’s ultra-conservative head of state Andrzej Duda failed to secure an outright win in the first round of the country’s presidential election. He had previously been polling as high as 57%. Re-election was seen as an inevitability. Then along came an insurgent liberal, pro-EU challenger in the form of Warsaw Mayor Rafal Trzaskowski. On 28 June, he denied Duda an outright win, taking him to a run-off vote.

Two days later, the EU got to breathe another sigh of relief when the Israeli government failed to follow through on its pledge to annex large parts of the West Bank. Israeli Prime Minister Benjamin Netanyahu was forced into a climb-down in the face of massive international opposition as well as domestic political disquiet led by opposition leader Benny Gantz. It is still clear, however, that this issue will return to the fore once again — perhaps sooner rather than later.

The EU’s breathing space, however, was short-lived. On 12 July, Poles voted in a knife-edge run-off, with all polling suggesting that the electorate was evenly split. In the end, Duda won with 51.2% of the vote. This result can be interpreted in one of two ways.

Duda won, but did so only marginally in a run-off vote. He had been set for a first-round landslide mere weeks ago. Duda has closely allied Poland with Trump’s America whilst continually colliding with Brussels through signing off on a series of controversial judicial reforms. The fact that his win was so tight is perhaps a sign that the populist tide might be beginning to ebb.

Conversely, Duda did win – and he did so on a divisive, ultra-conservative platform that explicitly targeted LGBT Poles. Duda condemned what he called “LGBT ideology” and stated that he believes it to be “more destructive” than communism. Given that Poland is the worst country in the EU for LGBT rights, this should not come as a surprise. In fact, far from being an anomaly, it is simply the latest part of a pattern of populism that has spread across the bloc in recent years.

From Britons backing Brexit in 2016, to the hard-right Sweden Democrats holding the balance of power following the 2018 Swedish general election, to Viktor Orban’s creation of a self-styled ‘illiberal democracy’ in Hungary – one which has seen the country reduced to being only partly-free – the global populist trend has hit the EU hard. It is a trend that should also be raising difficult questions in Brussels, particularly in the wake of the pandemic.

The socio-economic fallout of Covid-19 gives the EU a unique opportunity to recalibrate – and to look at what could lie ahead. Across the bloc, the notion that Brussels is out of touch with the everyday lives of its members is persistent. It recurs again and again when journalists ask voters what drew them towards a more extreme option. The EU’s post-pandemic recovery fund provides Brussels with the perfect opportunity to tackle this perception. It is likely that a good deal of this fund will be directed towards Spain and more-Eurosceptic Italy – the two members hardest hit by Covid-19.

Instead of handing over money to Madrid and Rome or even to regions in the two countries, Brussels could take it to a local level. Individual districts and towns, not just in Spain and Italy, but across the entire EU, could apply for financial support from this pot. As funds would be directly allocated, it would, in plain sight, show the people in the places worst hit by the pandemic that the EU is there, it is helping and it is willing to be more in touch with their lives. As trust in the union is slipping across the EU27, doing this could breathe new life into how people perceive and engage with Brussels.

But, no matter the size of the post-pandemic recovery fund, all of this is moot unless Brussels can tackle the erosion of its basic principles by bloc leaders like Duda and Orban. In recent years, Warsaw has loudly clashed with Brussels over attempts to reform the country’s judiciary, chipping away at its political neutrality. While Budapest has also come into conflict with Brussels over its mass-purchasing of media outlets in Hungary, as well as its adoption of laws that erode workers’ and minorities’ rights. Yet the Polish and Hungarian electorates keep re-electing these governments as they have truly tapped into the two countries’ strongly conservative streaks – and have come to characterise these streaks as being the epitome of patriotism. This is not only a problem within the bloc – it is one that also sits on its fringes.

On 21 June, Serbia held its scheduled parliamentary elections amidst the shadows of both Covid-19 and domestic unrest. The governing right-wing coalition won one hundred and eighty-eight of Serbia’s two hundred and fifty parliamentary seats, giving it the largest freely-elected majority anywhere in Europe. However, the opposition Alliance for Serbia called on its supporters to boycott the vote as they believed the conditions for free and fair elections were not met as the vote went ahead during the Covid-19 state of emergency. The OSCE echoed this. In short, Serbia’s election was free – but it was not fair.

Serbia, alongside Montenegro and, on paper, Turkey, is actively negotiating EU accession. Just behind are Albania and North Macedonia, which have met the requirements to begin negotiating – although France has vetoed this for now. This election should be pause for thought.

The four Balkan accession states all have strong socially conservative streaks. Almost half of Serbian parents would seek “treatment” if their child were to come out as LGBT. More than a third of Montenegrins associate the acronym LGBT with paedophilia. In Albania, 58% of voters would not back a political party that supported LGBT rights. Similarly, North Macedonia has yet to ratify the Council of Europe’s Convention on Combatting Violence against Women, something it signed back in 2011.

This is not to say that socially conservative countries should be barred from joining the EU. But the Serbian election does show just how easily a free election can be held with no real fight – and current members Poland and Hungary are showing just how easily backwards views can be spun as patriotism.

Covid-19 has presented Brussels with an unparalleled opportunity to reshape its dealings with the citizens of its members and their perceptions of the bloc. It has given Brussels the opportunity to demonstrate that it is fundamentally a force for good. But with recalibration comes reform. With Poland and Hungary as members, fighting the erosion of democracy and rights within the bloc will not be easy, but senior officials, like high-profile MEP and former Prime Minister of Belgium Guy Verhofstadt, appear willing to try. Covid-19 has presented Brussels with a unique opportunity. In an era of populism, it would do well to take it.