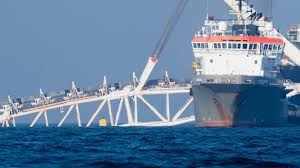 It was an ill-fated attempt by the German President Franz-Walter Steinmeier (SPD) to defend the Nord Stream 2 pipeline, a German-Russian project to transport gas from Russia to Germany. In an interview, he claimed that the project remains one of the last “bridges” between East and West. In the interview, the Federal President referred to history and recalled that more than 20 million people had fallen victim to the Second World War in the Soviet Union. That the German President, who usually does not get involved in day-to-day government affairs, uses such a historical argument in advocating for a pipeline that substantially undermines the security of Ukraine and other Eastern European states – countries that experienced enormous suffering during Nazi occupation – is an outright scandal.

The debate surrounding Nord Stream 2 in Germany intensified by the poisoning of Russian opposition figure Alexei Navalny and the brutal suppression of peaceful protests by Russian police forces. The first pipeline, Nord Stream 1, which delivers gas from the Russian Republic to Northern Germany directly through the Baltic Sea, has seen its fair share of critics. The new pipeline in the Baltic Sea, Nord Stream 2, is nearly finished. Construction, was, however, hampered due to US sanctions. And the US is not the only country that sees the pipeline negatively. Not only would the pipeline increase Germany’s and Europe’s dependence on Russian gas (it already accounts for about 45% of EU natural gas imports in 2019), it would also weaken traditional gas transit states such as Ukraine. If Nord Stream 2 were finished, Russia would be less dependent on Ukraine to transport Russian gas to central Europe. Thus, it would leave Ukraine and the Baltic states more vulnerable to supply cut-offs or price manipulation.

The reasons for Germany’s reluctance to stand up to the Russian regime and consequently to undermine European solidarity by failing to put a halt on the pipeline construction are twofold. The first is straightforward and simple: economic interests. From the beginning, Germany’s and Angela Merkel’s go-to talking point considering Nord Stream 2 was that it is merely a private market project, completely ignoring the owner-structure of Nord Stream 2 (the Russian state-company Gazprom holds 100% of its shares). European and German energy companies such as Uniper or Wintershall have heavily invested in the construction of the pipeline. Therefore, there is evident pressure from the industry side not to stop the construction shortly before completion. German industry giants have often enough shown their willingness to blatantly ignore human rights issues when it comes to pleasing authoritarian dictatorships (see for example Volkswagen CEO Herbert Diess embarrassing statement, that he is ‘not aware’ of China’s Uyghur camps)

The other reason is a bit more complicated and is rooted in Germany’s mystification of the so-called Ostpolitik or Entspannungspolitik under former West-German Chancellor Willy Brandt. Brandt made it one of his prime political goals to advance the reconciliation with Eastern European states and the reduction of tensions between West and East Germany. While the resulting policies of the Ostpolitik are for historians to discuss, the term Entspannungspolitik is still used, or rather misused, to argue against any sanctions against Russia. Like the German President, Heiko Maas, Germany’s Foreign Minister insisted that he is against cutting all bridges on the project. One has to wonder how a gas pipeline, which is under control of a Russian state-owned company and opposed by most of Germany’s allies, will help ease tensions between the West and Russia.

Instead, the pipeline will split Europe by ignoring Eastern European states’ valid criticism and will increase European dependence on Russian oil. Especially Social Democrats and the Party ‘Die Linke’ tend to proclaim that cooperation instead of confrontation is needed. However, while dialogue is an important tool of diplomacy, Germany shies away from using more robust tools when needed, such as stopping Nord Stream 2. Russia has shown repeatedly over the last years that it is not interested in sensible discussions. Russia has exploited Western nations’ reluctance to pursue their geopolitical interests. Germany’s various statements that dialogue is needed are welcome opportunities for Moscow to avoid any real repercussions for its actions. The abysmal performance of Europe’s top diplomat, the EU’s High Representative for Foreign Affairs and Security Policy, Josep Borrell, who was scolded by Russia’s Foreign Minister Sergej Lavrow during a press conference, has shown impressively that Europe will not be taken seriously by the Russian regime until it is ready to stand up and to act decisively.

Liberalism is under threat, authoritarian regimes such as China or Russia strive for a different form of society – one which is substantially more unfree. Nord Stream 2 is one case where a Western government must prove if they are ready to stand up for human rights and react to violations of international law with robust measures. The German liberal party, the Free Democrats (FDP), have shown what kind of different stance is possible. By proposing a moratorium on Nord Stream 2, Germany would send a clear sign to Moscow that human rights abuses will have consequences – consequences that actually hurt the regime and its elites. Gazprom has put significant financial risk into Nord Stream 2. Having a tool such as a moratorium on the pipeline construction would increase the effectiveness of German foreign policy. Moreover, it would be a crucial sign by the country that it is willing to listen to its European and transatlantic allies. Germany must put European solidarity and human rights over myopic economic interests.