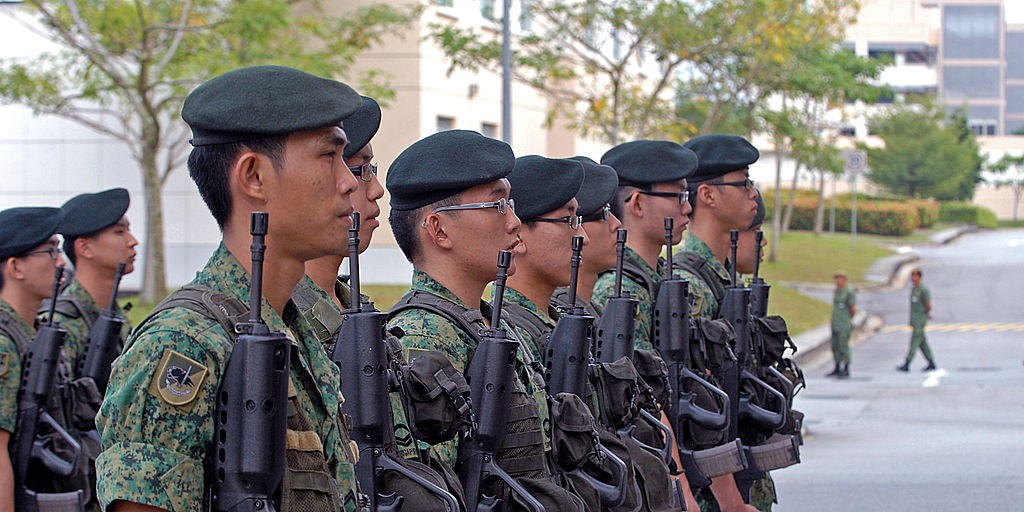 The following post was written on my personal blog, the day before I enlisted into National Service (NS), a two year conscription military service every male citizen of  Singapore has to go through. Exactly two years later, and recently out of service, I share the same sentiments and stand by what I said.

Hi, my name is Kenneth. I hardly blog.

When I do though, it’s usually of things I feel and care deeply about. This is probably one of the things that I feel most deeply about, and am most conflicted about.

One of the sayings that recently shaped how I look at the world is probably this by someone I respect.

“I take 2 weeks to come up with a good answer.”

The issues of today are usually met with knee-jerk reactions from most parts of society, whatever views they may be. People are quick to form opinions and cast judgements to feed their ego, without spending the time to sift through the details and get close as possible to the truth of the matter.  I think the quote above shows a side of humility that is rarely shown in society today. An admission that we might not always be correct at the first brush, and a willingness to put away any expectations or personal bias that we are often burdened with, and with a sincerity in wanting to find out the genuine truth of the matter.

I used to be rather impulsive, and can still be, but the above saying really assured me that it’s OK to not know the answer to everything all the time, and to patiently ponder on the difficult questions in life, rather than urgently coming up with answers. The journey of life, is in itself, the reward.

National Service. A compulsory rite of passage of about 2 years that every Singaporean male must go through after finishing their pre-university studies. I am enlisting on the 12th of August, and have never felt more strongly against it.

I can’t even begin to list down the many number of reasons of why I am so against it, but it boils down to the fundamental issues of individual liberty and rights. I am against National Service because, it, being compulsory, denies us any choice to make about entering it, and that the organisation, as I know it, works by ensuring that all sense of freedom of thought and individuality is quashed and replaced with subservience to authority. In a sense, it’s akin to slavery.

What I’m referring to, however, is the slavery of the mind. We train unthinking soldiers to accomplish only the tasks they were ordered to perform, because that’s how the army works most efficiently in times of war: to carry out orders quickly and swiftly as a team. If they don’t, punishments and humiliation will almost certainly ensure that. But it cannot be mentally healthy to these young individuals and eventually, society, to be brought up in this manner. The two years in the army doesn’t just impede their growth because of the actual time period of two years spent in the army, it impedes their growth because of what the army does to their minds.

There are those, many of whom I know, who take pride in serving the army and our nation. To them it is an immense honour and a worthy sacrifice in defending this small island state that barely made it out alive 50 years ago. I respect and admire their conviction and share their sentiment in wanting to do what’s best for this place we call home. I understand, too, the need and responsibility of every one of us to do our part in protecting our nation. This country, 50 years ago, needed a strong and committed army not just to defend our nation, but to provide that sense of hope and security to citizens who lived in fear and uncertainty everyday, and we owe them our immense gratitude. 50 years later, our army has more than successfully completed that task, projecting a strong and independent Singapore that we all can be proud of.

But circumstances change. The army hasn’t evolved enough to care more about our young people’s hopes and aspirations, and hasn’t been part of the larger change from a society that does what it’s being told to a society that does what is right because it is right. The army needs to evolve to accommodate a larger spectrum of views, such as religious ones like Jehovah’s Witnesses who don’t believe in carrying arms and are therefore forced to detention barracks. Malay muslims who are distrusted and aren’t treated equally just because they are thought to have their loyalties elsewhere should we go to war with our predominantly muslim neighbours. Countless of other peoples whose liberties were not respected but we don’t yet fully know about because of the immense secrecy, and the power and control of information that the army holds over its soldiers. And its inability to tolerate people speaking truth to its power shows how disconnected it is from the rest of society that is moving, slowly but surely, toward openness.

What then should the army be like? Do I propose a professional army that is not conscripted and so doesn’t consist of everyone? Don’t I know that Singapore has a small population and can’t afford a professional army? Who is going to defend Singapore, if not I?

To be honest, I don’t have all the answers, and I don’t pretend to know. What I do know, however, is that we cannot continue to use the reason of defending our country to discredit and silence concerns about the way it is being run and about the way it should treat its soldiers. The army, after all, is here to defend us from the oppression of our invaders, not oppress us. An organisation which prioritises our defence at the expense of other equally important priorities such as our liberties is not something I can support with a clear conscience.

There are people who will question my intentions in writing this, that I am selfish and want to be exempted from serving, or that I crave attention, but believe me, I’d rather not have such attention. I admit to my selfishness in not doing more other than just speaking my mind on this blog, as I haven’t had much support on this issue amongst those I know. But I know that if I do not express how I feel, which is about the least I could do, then I would not be able to answer to my conscience. And my conscience is just about the only thing that is keeping me from just following the advice of countless of friends to just “tahan” and be done with the two years.

I pray for wisdom and understanding. Oh and happy 50th, Singapore.

Kenneth Lin is a member of Singapore Democratic Party’s youth wing, the Young Democrats, as well as the Communications Team. You can reach Kenneth at: vipersonickenneth94@icloud.com