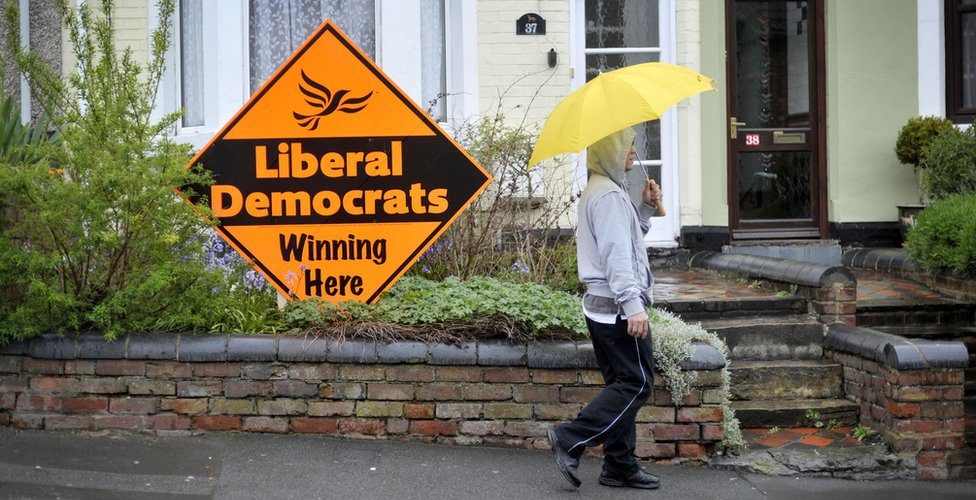 If, one year ago, you had told me that I would be campaigning alongside Liberal Democrat candidate Bobby Dean in my university’s home constituency of Lewisham and Deptford, I would have been inclined to laugh in your face.

One year ago, Britain’s EU referendum was looming large. I was ardently campaigning as part of a by-partisan group who had come together to support a ‘Remain’ vote, along with countless other people across the country, as a part of Britain Stronger in Europe – the official ‘Remain’ campaign. After months of debates, campaigning and toiling, it appeared as though the national conversation was firmly in our favour.

On 17th June 2016, I left for a trip around the Middle East safe in the knowledge that Britain would come together behind the EU, as had happened in Scotland less than two years earlier. On 24th June 2016, I awoke in Bethlehem to the news that the British people had fired a gun at their collective head. I felt at one with the Palestinians.

As a constant Labour voter and proud Remainer (even in defeat), I was sickened by my country’s backing of xenophobia, nationalism and, on occasion, outright racism. Britain had been duped. Fittingly, that same day, Jeremy ‘I-think-therefore-I-know’ Corbyn accepted the ‘Leave’ vote. Within a week, only the Liberal Democrats had railed against it.

With Labour in meltdown, I switched sides. Where before I had seen the Liberal Democrats as the non-homophobic Tories, I now saw them as providing true leadership. They were making their position clear and telling the British people that, should they not agree with that message, they could hold the party to account at the ballot box. They were, and still are, the only party delivering politics that is true to the sense of the word; the Liberal Democrats are putting a case to the British people, they are not simply building an idea of Britain that reflects current trends in opinion polls (a la, Labour and the Tories).

Roll on 18th April 2017 and Theresa ‘the-Appeaser’ May’s continent-sized U-turn and I found myself suddenly at the frontline of a general election – albeit voluntarily – three years earlier than planned! On 19th April 2017, Jeremy ‘I-think-therefore-I-know’ Corbyn announced that he would (attempt) to three-line whip his MPs into backing an early election. Since then, my mind has been focused on one thing and one thing only: to quote the Lib Dems’ slogan, an ‘open, tolerant and united’ Britain – this is what I believe Britain must be now more than ever.

So, soon afterwards, I duly began to campaign in the London constituency of Lewisham and Deptford with the local candidate Bobby Dean. I had leafleted during the 2016 EU Referendum campaign but had yet to canvass. Let me tell you, dear reader, the very thought of it was sickening.

London is easily the most liberal and left-wing part of Britain in an effect known as the ‘London Bubble’. Despite this, London’s political sphere is incredibly tribal with those in the North-West, South-West and Greater East backing the Tories and the rest of it backing Labour. At the time of writing, Richmond Park (Lib Dem) is the only London seat not controlled by either of these parties.

I had known Bobby loosely prior to Mrs May’s announcement, but now I suddenly found myself canvassing and making the case for a Liberal Democrat vote to complete strangers. Relying on a more experienced canvasser for moral support/co-dependence, I knocked on my first door only to find that there was no one at home (anti-climax). My first contact with an actual human voter was with an ardent UKIP supporter.

Despite UKIP (pro-Brexit, anti-human rights, anti-joy) being the polar opposites of the Lib Dems, even this man was open to talking with us and putting his views across in a civilised manner. Now that canvassing has become the norm for me (at least, until 8th June), I have no problem in wandering around swathes of Bobby’s hopeful constituency, asking people for their vote – you will be surprised by just how receptive potential voters can be. I have now campaigned in four constituencies in London and plan to head to our fair PM’s home ground in Berkshire.

Believe me when I say, if I can do it, you can do; be you part of the liberal opposition to United Russia, the Worker’s Party of Korea or the New Azerbaijan Party, I implore you to go out and campaign because, as this past year has taught me, there are some things that are bigger than any one individual.

Luke Sandford is a student in London and, thanks to his EU passport, a citizen of a continent. He travels whenever and wherever he can and plans to emigrate to Sweden. He is a Lib Dem because they are the only party who are committed to this big, strange beast called the EU and try to take the UK in a direction that it needs to head in.