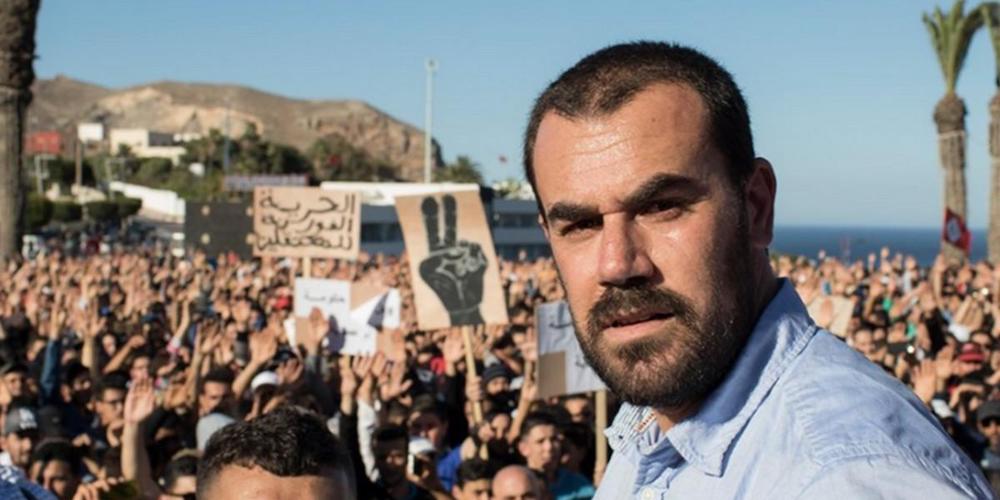 The court of Casablanca recently sentenced the leaders of the mass movement known as Rif Hakris to 20 years in prison. They were involved in protests which engulfed the Rif region of Morocco, and were found guilty of participating in a non-authorized protest. The charges were diverse, some of which included compromising state security, conspiracy and sabotage.

It is vital we understand the context of the protests, which centred around the city of Al Hoceima. Protests broke out just after the tragic death of Mr. Mouhssine Fikri. A local fishmonger who was crushed to death in a garbage truck after jumping in the back in protest of confiscated merchandise which was deemed illegal.

Mr. Fikri was a leading figure of the local informal fish economy. This, he managed through dubious dealings. He routinely smuggled protected species such as swordfish, which fetch very high prices from ranked restaurants and hotels in the Tangier Tetouan Hoceima region. By taking part in this dubious business, the Mr. Fikri accrued profits amounting to 7000usd. His tragic death generated immense emotions among the local community and other cities in Hoceima province. People came out in huge numbers to protest and mourn the death. Protests intensified when unemployed youth rallied to the call of one Mr. Nasser Zefzafi, to denounce the socio-economic conditions in some of the city’s suburbs.

Notably, the Moroccan Government dispatched high ranking officials in the same week of protests to the city and surrounding towns in the province to open dialogue on existing conditions and to assess the execution of development projects that had been inaugurated in 2015. The local authorities (elected through local elections and nominated by the King), including local grassroots leaders were also involved in round the clock discussions to ease the turmoil. Their efforts were in vain.

In response, the King of Morocco – who still holds substantial executive and legislative powers – ordered the head of the Audit court of the Kingdom to begin investigations over allegations of corruption and mismanagement of public office. This led to the dismissal of 5 Ministers based on concrete findings of the Audit court. As for the protests, separatist slogans were chanted as they intensified and garnered even more support from energetic, underage unemployed youth.

Efforts to thwart government efforts at sustainable development were instigated by Mr. Zefzafi. A protagonist of hate speech during the protests. Businesses were forced to shut down in solidarity with strikes and a significant number of children did not attend school for the rest of the year. In addition, police dorms in the town of Imzouren were burnt down while personnel were asleep. Protesters blocked roads to bar rescue services including fire fighters and paramedics from accessing the scene to save lives. The highlight of the disdain against the Kingdom occurred when a disappointed and angry Mr. Nasser committed a serious breach of the criminal code by stopping Friday prayers at a local mosque. This is in light of Morocco’s resilience as a model Islamic secular state. The mosques are exclusively opened for prayers unlike other MENA states.

Mr. Nasser, who was on the run for a few days, was arrested after a warrant was issued by the office of public prosecution in Al Hoceima. As reported by the media, he was transferred by helicopter, although this was never verified, to the headquarters of the National Police Brigade in Casablanca. Despite these occurrences, he was arrested and charged according to the provisions of the criminal code of Morocco.

Although these protests show that there is still a long way to go,  the Kingdom of Morocco has been going through deep, trans-formative economic and social reform. I will explain more about the Rif protests and Morocco’s judiciary reform in two following articles.

Jawad Chafil is from Settat, in the North African Kingdom of Morocco, and has a decade of experience in the Asia Pacific. As the ALY North Africa coordinator, he is African and proud, and sees himself as a strong liberal, who believes in equal opportunity, individual freedoms, the acceptance of others, multiculturalism and the need for south-south cooperation. Jawad believes that Africa needs strong economies with good governance systems that will guarantee fairness and opportunity for all Africans.

Jawad is also cautious that there is a soft populist revolution sweeping around the world and this is becoming a real threat. It is time for liberals to stand up because only liberals can work to increase Africa’s prosperity to promote a liberal world.