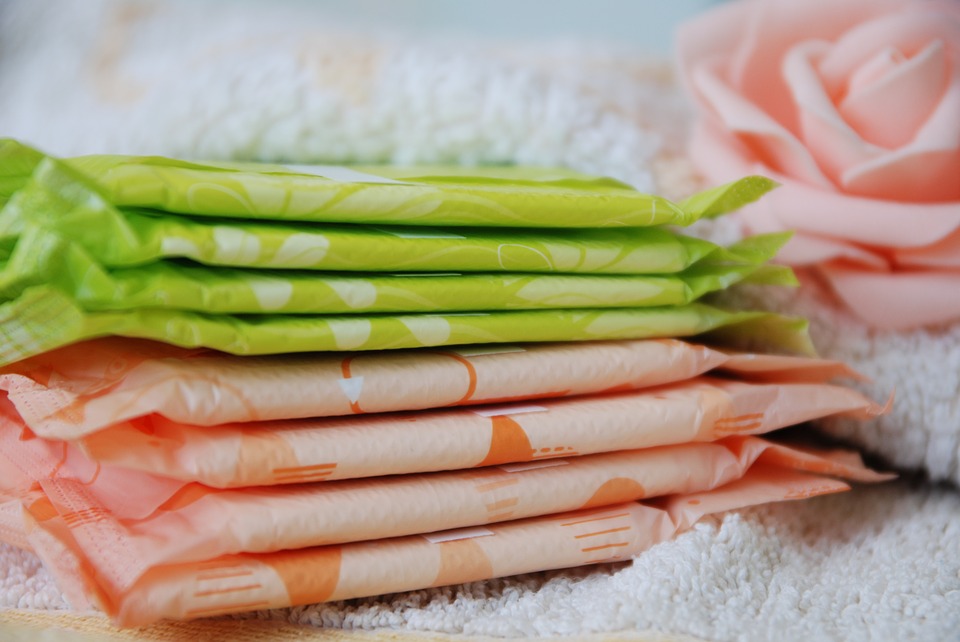 May 28th was Menstrual Hygiene Day, which aims to, for example, raise awareness about menstruation and the need of proper hygiene around it. The other important mission of the day is to break taboos and negative stigma regarding menstruation. And who better talk about this subject than me: a single cis-man. But I’d like to widen the discussion about this day’s theme. And if not for all those who menstruate, but for myself as well, since all formal schooling I’ve received about menstruation is superficial at best, mainly because I myself don’t menstruate. In this post, I want to focus on two problems regarding menstruation and then explain why it is important to care.

The first problem I want to address is the hygiene products, or the lack of them in many cases. I actually took a long look at different hygiene products at my neighbouring supermarket and I got to say, it’s surprising to see the wide range of different products. The price range was also large: I’d never have guessed that a menstruation cup costs 23,95€. As a student, I know that it’s a big sum of money for a young person with minimal or no steady income, even if you end up using less money in the long run.

This leads to the question of taxes: how to tax the menstrual hygiene products? Or should they be free? The current trend seems to be lowering the tax rate for these products. One example is Germany where the VAT was decreased from 19% to 7% in 2019. This year, Scotland decided to make menstrual hygiene products completely free. Both of these actions, and many more, have sent a message of normalising this bodily function, which I’m happy to see.

Secondly, let’s talk a little about taboos. There are a lot of them, and quite worryingly it seems that they’re universal. The biggest one is that we don’t talk about menstruation because it only affects women. Men should shut up about it because it’s perceived as dirty and because men don’t menstruate. But some taboos have evolved into full-blown rules that menstruating women have to follow.

So why would that other half care about this? Well, obviously because it affects this many people. Menstruation is not some secret ritual that people with only certain sex organs can take part in. We all know that it happens, but the question is, do we give it a second thought and how do we deal with it. Those of us who don’t menstruate should really stop and think about this as well: and if your first thoughts about menstruation are ”eww, vaginal blood” or ”well, it’s that time of the month again” you haven’t thought about it enough.

Being ignorant about menstruation, and especially unwilling to learn, is harmful for both of those who do menstruate and for those who don’t. I’d go as far as saying that the inability to understand menstruation is one of the reasons why there are people who harbour a great deal of resentment towards women. While it’s easy to just laugh at Reddit stories about incels, which I do as well, it should be noted that behind those stories are some toxic individuals who don’t understand how anything works. And the reason why I bring this up is that while being rejected feels bad, combined with ignorance about basic physiology, these negative feelings create perfect breeding ground for hatred, and some of these people are more than willing to act on it if given the chance.

What people like me should think about menstruation is that it’s an entirely normal bodily function that requires adequate attention. It’s an issue of public health and therefore is something that society can’t just swipe under the rug. It’s a cultural stigma that everyone, regardless whether you menstruate or not, can help to eradicate. If half of the population needs something essential for their health, you don’t belittle it by changing the subject or ignoring it just because you don’t happen to menstruate. And you certainly don’t poke fun at it. As a responsible citizen, it’s your duty to first and foremost be aware of the problems surrounding menstruation and then demanding change. What you should do is to demand medically accurate information shared in schools, preferably delivered by the school nurse or other health care professional. The second thing in doing the bare minimum is to stand with those who are affected: demand that adequate hygiene products are available, think of the language you use i.e. stop reacting to a bad mood by commenting ”are you on your period?” and raise awareness on period poverty.

So to recap, menstruation is a normal thing that one should never be ashamed of. Since it affects around half of the population, it’s something that everyone needs to keep in mind when discussing public health policies. And most importantly, if there’s one thing I want you to remember from this text, the change for the better is on its way but it still requires your contribution. No matter how small, it’s still for the good of human rights.