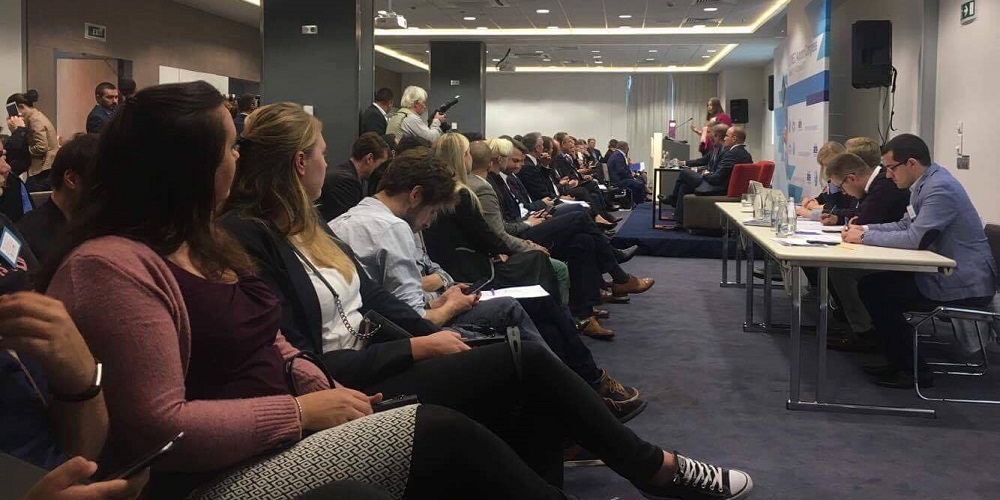 Last year, as Barack Obama gave his speech at the Democratic Convention in Pennsylvania, not one person sat down; everybody was cheering and clapping. The same happened when first lady Michelle Obama gave her speech. As presidential candidate Hillary Clinton gave her acceptance speech, she also received a standing ovation. However this time, it didn’t seem sincere. Both Mr. And Mrs. Obama are commanding speakers, they are adored by the public and loved by the Democratic Party. Hillary Clinton however, is not. She was neither popular, nor a good candidate, but the consensus was that anyone would handily beat the Republican candidate: Donald Trump. Time would prove pundits, pollsters and the public wrong, as Donald Trump was elected president of the United States of America. With that came the unraveling of the negotiations for TTIP, which was set to become Europe’s largest ever trade deal.

Fast forward a year to October 2017. In Sofia, the capital of Bulgaria, more than a hundred young liberals attended LYMEC’s congress. The congress was kicked off with a seminar on transatlantic cooperation, with input from a distinguished professor, young and engaged Americans, and other experts in the field. This was my 4th LYMEC congress, and it was my most exciting one yet –  only competing with the seminar in Estonia, which included a unique visit of the NATO Cyber Security Center. I’ll be honest, I didn’t agree with everything the people on the panel had to say, especially with their opinion that Cuba should be a part of NATO. But exchanging views and listening to input from many different people – especially people who argue their views well – is always educational.

The congress opened Friday evening, of course with all the formalities, such as electing minute takers and giving report on the work of the LYMEC Bureau. This is also where we went in depth with LYMEC’s finances, a chance for nerds to geek out, with audit reports, and report on the member organizations. Exciting stuff I tell you! This is the opportunity for participants to provide checks on the Bureau’s work, and make sure that the work they have promised to do actually gets done.

The Saturday of a LYMEC congress is all about politics. Most of the congress is dedicated to the political resolutions, submitted by member organizations and individual members. It should be noted that these resolutions don’t have to be on the subject of the seminar. For example, there was a resolution on condemning racism, a resolution to improve access to medicine, and a resolution on the relationship with Turkey. Each resolution is a piece of policy that, if passed, will be the official policy of LYMEC, and LYMEC will work toward those. Theses resolutions also dictate which causes the bureau will discuss with ALDE.

One resolution caught my eye in particular. The name of the resolution, which was submitted by Unge Venstre, LYMEC’s Norwegian member organization, was called “For a better world we need to end the war on drugs” and called for decriminalizing drugs. This resolution is solid liberal policy and would help drug victims and take away the economic foundation of criminal drug the cartels. Instead of criminalizing victims of drug abuse, it gives us an opportunity to treat drug users, instead of punishing them for what experts categorize as a medical condition. This was the same steps taken in Portugal in 2001, where it has been a great success. I was amongst those who spoke for the resolution. The resolution was accepted, and I look forward to having LYMEC advocate for the policies specified within it.

As the the congress came to an end, the last thing I want to focus on is the farewell dinner. Luckily our hosts made sure we got a true taste of Bulgarian food. In authentic surroundings, we had our farewell dinner, which included a lot of fish, accompanied by Bulgarian dancing. After the dinner we we went to a night club, and that will be where my story ends. Whether this is due to censuring on my part, or lack of memory, I’ll leave you to judge for. I look forward to seeing you all in Berlin in the spring of 2018!

Casper Pedersen has been active in liberal politics from the age of 15. He is currently serving as the international officer of Venstres Ungdom in Denmark, and is also a candidate for the European Parliament in 2019.  At this conference, he was the head of Venstres Ungdom’s delegation.