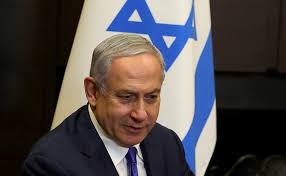 On the 2nd of March Israel held parliamentary elections for the third time in one year. Between the outbreak of Coronavirus, the Middle East conflict and the indictment of Netanyahu the national elections almost fell into oblivion. Though, unexpectedly, the turnout at the election is estimated to have been relatively high.

Previous elections in April and September of 2019 lead to a political stalemate between the religious and conservative Likud party and the centre to left Blue and White party. Over the last months former prime minister Benamin Netanyahu failed to form a government as he was not able to find common ground with one of the other parties represented in parliament.

Already in September Netanyahu tried to rearrange the distribution of the mandates by holding new elections. Nevertheless, he did not succeed to form a coalition or a minority government so that the new elections had to take place.

For months the left-wing Blue-White party were in the lead in the elections forecast. Only a few days before the elections Likud managed to gain back their voters and dominate the polls. Netanyahu is said to be experienced and skilled in running election campaigns as he does not stop from using unconventional tools to convince Israelis. Benny Gantz, leader of the Blue and White party and former army leader, accused his political opponent of spreading rumours about his personal life to sabotage the elections. Gantz describes the proceed of Netanyahu as the dirtiest election campaign in the history of Israel.

Though the campaign of Likud might not have been the most honourable, it was successful. Netanyahu claimed the results were “a great victory” in the night of the 2nd of March. Against the poll predictions the Likud Party won the parliamentary elections-again.

Likud was able to win 36 % while Blue and White only won 32 %. Benjamin Netanyahu can truly claim himself the winner of the night, even though Israel`s political problem is not solved yet. To build a majority government 60 mandates out of 120 are required. Only if Netanyahu is able to win 60 out of the 120 seats in the Knesset, the parliament of Israel, Likud can govern alone. In any other case the future of Israel depends on the formation of a coalition government – which had already been unsuccessful over the last year.

After the “dirty” elections campaign employed by Benjamin Netanyahu it is very unlikely that Blue and White will agree to the formation of a coalition. In case Likud does not gain the minimum of seats required for majority government they will need to call on the members of the nationalist and separatist party of Our Home Israel.

It is unclear if Netanyahu will be able to win their favour or if the latest elections will result in political stagnation once again. In any case it is clear that the current opposition will not have the majority to govern even though one of the great winners of the election is a great opponent of the Likud party.

Approximately 5 % of the votes went to the Arabic parties who now claim a big victory in the elections. This development can be considered as a result of Netanyahu`s radical settlement policy and the recent tensions in Palestine.

Besides the never-ending conflict between Israel and Palestine another political scandal influenced the latest elections heavily. Netanyahu who has been the longest serving Prime Minister of Israel is accused of abuse of power and corruption. According to his trial he bribed several media sources to secure a good representation of himself in the media. His trial is still been processed while he is claiming a great victory in the latest elections.

In the basic laws of Israel no clarity can be found whether a prosecuted politician is allowed to hold the position of the head of government. Even though his trial did not harm his reputation or political career so far the judicial system might catch up with him after all.

The elections on the 2nd of March took place to simplify the political situation in the parliament and to enable Netanyahu to form a government. Benjamin Netanyahu won the election but he did not win an easier way to govern the country. He chose to hold new elections twice rather than forming a minority government or making compromises to form a coalition.  After the third election it is obvious that the people`s choice will not change to simplify of Netanyahu`s job to form a government.

The next political steps in Israel are unclear. Netanyahu cannot let the people of Israel repeat the vote until he is satisfied with the results. After this elections Netanyahu is forced to face the political negotiations he tried to avoid with the last elections. Therefore, it is questionable if he really achieved a victory as big as he expected and claims to have gained.