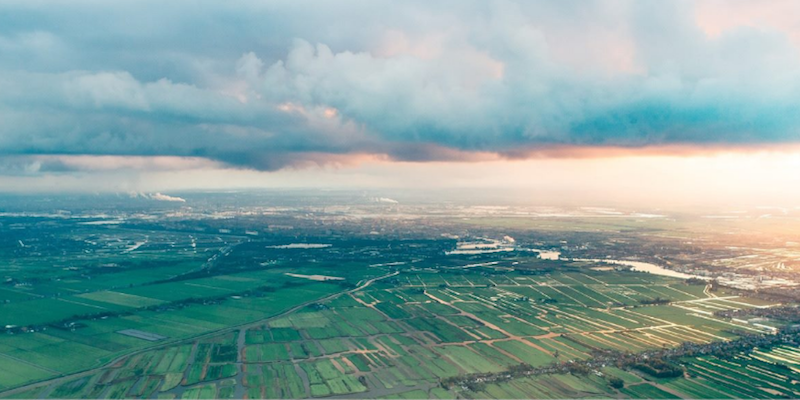 Our nation’s wealth exists mostly because of globalisation and free trade. And yet, more and more often, globalisation is seen as something bad. For the most part however, these opinions are not based on facts but on rhetoric expressed by people who feel left behind.

As a small country we have to import a lot of products. Many of these – electronic devices for example – are products that require raw materials that are not found in the Netherlands. In addition to this, our relatively high wages would make producing these products in the Netherlands much more costly than they are now. If we lived in a world with a lot of trade barriers, these products would cost too much for most people to own, reducing their quality of life.

In the Netherlands, we pride ourselves on our knowledge of water management and greenhouse farming. We use this knowledge to export goods and deliver services all over the world. 80 percent of the greenhouses that are used outside of the European Union were built in the Netherlands, and we help to construct flood defences all the way from the United states to Thailand and from northern Russia to Mozambique.

But all these benefits we get from free trade will mean nothing as long as a growing part our population feels left behind. The struggle we face is that we have to maintain an everlasting explanation of the fact that free trade is a win-win situation. We have to make sure that everybody profits from free trade and more important, that people directly see that they are benefitting from open borders.

We should actually thank free trade in the world, because we have gained so much from it. There is a reason why after floods and storms people say ‘Time to bring in the Dutch.‘ There is a reason why the port of Rotterdam has been the biggest in Europe for a very long time and that it still sits in the top 10 of the busiest ports in the world. It is because we have a lot of knowledge and even more important, we are willing and able to share this knowledge with everybody, thanks to the open borders in Europe and beyond. And maybe, just maybe, this is something that we have been taking for granted to long.

The ongoing shift in political opinion from a pro free-trade stance to a protectionist one is alarming. To take back the advantage in this debate the government should try and stimulate economic growth. Investing in renewable energy, our digital infrastructure and most of all, in our educational system. This can put the Netherlands back on top in the knowledge economy, thereby strengthening our position in the world economy.