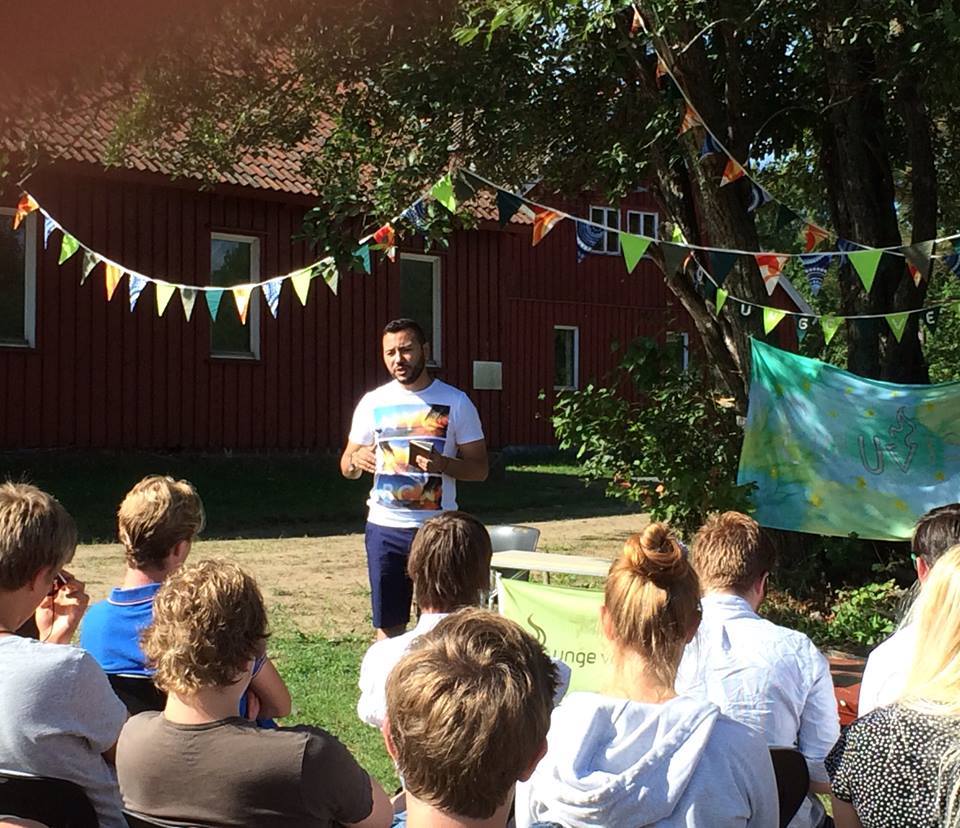 “I am More Lebanese than half of you guys!”

He used to say it smiling. Jamal, or Jack as he liked us to call him, is a Turkish immigrant from a Lebanese mother and a Lebanese wife. He spent all his life in Lebanon. He used to sell coffee on the “corniche” (the sidewalk next to the beach) during the war. He knew all the people, ‘I can’t really understand why “us”, the Lebanese, fought’ he used to say, ‘we should all love this country and love each other, the war is just stupid!’ And he’s get close to you with his iphone to take a picture with you, ‘the picture speaks’ he says ‘it’s a good memory…’

Jack opened a small café next to the Riviera hotel in Beirut, where lots of young and old costumers go to enjoy a cup of coffee. I made lots of friends there from different backgrounds, we forgot all our differences outside, we used to go there everyday, after a long day of work, to relax, spend time watching football, and listening to his story. Jack a 40ish years old man came with his family to Lebanon, lived here most of his life, got married to a Lebanese girl dreaming of establishing a new life, for him and for his coming kids. ‘All that I want is the Lebanese ID’ he says, ‘I love this place, spent my whole life here with all its best and bad memories, I stayed here during the war, while people were fleeing, I deserve to be Lebanese’.

His brother went to Syria and got the nationality, he told him to do the same, but he refused. I don’t need any ID, I am Lebanese I only need the papers.

The café was registered with his wife’s name, his car also even the house he bought. It was OK for him, but somehow he felt sad .The country he really loved and had sacrificed for didn’t give him anything. We suggested that he should go and issue a law case. We all supported him, and he did it! Lots of people were stating that it will never happen, because the Lebanese law doesn’t permit for the Lebanese woman to pass her nationality to her husband’s and kids. But he believed he’d get it someday.

The problem is not only with Jack, there are many of immigrants married to Lebanese women, or their mother is Lebanese, living here their whole life, without the right to get the nationality, without any civil rights, they cannot work, cannot get official diplomas, no social security, no nothing, without citizenship rights and entitlements, it also denies basic rights as human beings. This exclusion may deny their basic rights to health care, education, marriage or travel. Furthermore, children excluded from nationality rights can be denied residence and deported, thus breaking families apart.

Lots of campaigns were organized, nothing changed, Jack and many more are on hold.

Jack knew that I’m a political activist, and that I travel a lot to Europe to meet and work with NGO’s and youth parties, he used to tell me each time before going you have to change the immigrants law, work on something to get support from the foreigners. I used to laugh, and tell him I hope we could change something .

I had an invitation from the young liberals in Norway to participate in an international summer camp and a workshop about migration around the world, were I met different youth from Europe. We had interesting discussions. I always had Jack‘s case in my mind while discussing and debating. We agreed to work on a resolution to make a law or so for the emigrants, I felt I did something great… Even though nothing is applicable yet!

I couldn’t wait to come back and meet Jack to tell him about the interesting discussions that we had in the summer camp. On my way back home, all I had in mind was the joyful face he will be receiving me with when I’ll tell him that his story was the boost of all my arguments I used to defend the right of many who share his problem.

When landing, I thought of having Turkish coffee, I was surprised to know that my Turkish friend will no more serve me Turkish coffee .He passed away, leaving the Lebanese dream to his children, to defend their right of existence…

Ahmad Al Rachwani is a vice-president of IFLRY who has just founded his own NGO, called OPES, in Lebanon.