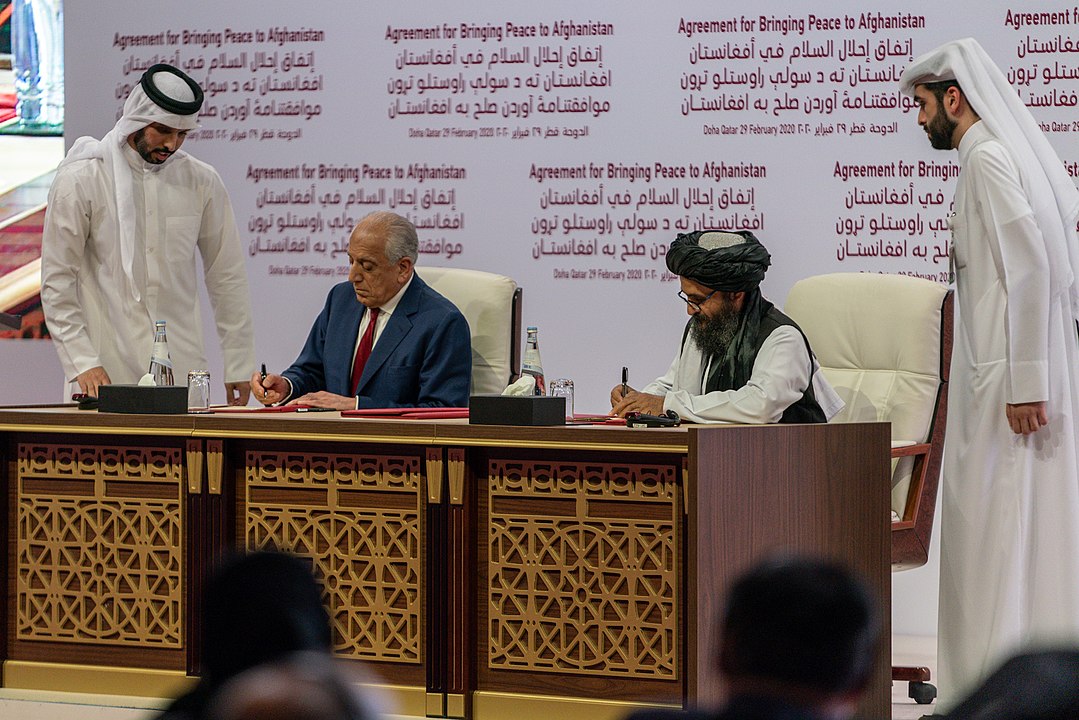 Afghanistan has been in conflict since 1978. In 1979 the Soviets invaded, to prop up the pro-Soviet regime in Kabul. When they left ten years later, a lengthy and brutal civil war followed (or rather continued), in which different factions – backed by different foreign powers – vied for control of the country. The United States invaded Afghanistan in 2001. Its armed forces have been present in the country ever since. Even though their main foes, the Taliban, were removed from government, they’ve been gaining back lost ground in the past few years.

After almost two decades of conflict and bloodshed, it looks as if the war in Afghanistan might finally be coming to an end. In February, the Afghan Taliban and the US signed a peace deal, which would eventually decrease violence in Afghanistan – if both the sides stick to it. And with time this could pave the way to an actual peace treaty, that could end all the conflict in Afghanistan. Previously attempts were made by Afghan President Hamid Karazai to call for a peace deal, but these were rejected by the Obama administration. Again in February 2018, incumbent Afghan president Ashraf Ghani proposed another call for peace talks. This was mainly due to the pressure exerted by the Taliban, since they had carried out a spree of attacks just recently. Another factor that was significant in pushing both sides for dialogue was the ‘Helmand Peace Convoy’. In 2018 protestors marched across both government and Taliban held territory resonating calls for peace. The peace deal didn’t happen all of a sudden, it was already being talked about behind closed doors away from the public eye (this was revealed after the signing). The actual peace deal was however televised globally. Held in Qatar and attended my many diplomats and important stakeholders from around the world, the event was dubbed as historic, as it could be a major milestone on the road to end a war that has lasted 18 years so far – the longest US war in history. The attendees included Shah Mahmood Qureshi, the Foreign Minister of Pakistan, Senior officials from the Qatari government, American special envoy Zalmay Khalilzad, representing the United States and senior Afghan government officials and the Taliban second in command, Mullah Abdul Ghani Bardar. Khalilzad and Bardar signed the peace deal, which included the following points:

The Taliban have so far agreed to the points, but it needs to be pointed out that Afghanistan is a very diverse country. There are a lot of stakeholders in this war, so finding a solution that suits all of them will not be that simple. The likelihood is high that the Taliban will take control of the government as soon as US and NATO troupes leave. Therefore the dialogue between the US backed government and the Taliban should be kept as a priority.

How did we end up here?

The US and its western allies were quite confident in the beginning that they would win this war, especially after the downfall of the Islamic Emirate of Afghanistan. But even though the Taliban were ousted, they still had a lot of support from people in the country. What the US fails to accept is that the Taliban have more local support than the Afghan government. So much so, that if an election were to happen today and the Taliban would be on the ballot, then there’s a high chance that the Taliban would defeat the US backed government. The support mainly stems from the Taliban’s claim of a holy war, which inspires locals that are mostly not well educated given the fact that Afghanistan has one of the lowest literacy rates in the world. Another reason is their expertise in guerilla warfare, which they first utilized against the Soviets. They would use the rugged terrain of Afghanistan to their advantage. So even though the US army is better trained and equipped, they still had very little chance against the locally supported Taliban.

Does this deal really mean peace can be achieved?

There’s a possibility, but it’s quite low since even if the US-Taliban conflict ends there’s another full scale civil war brewing up in Afghanistan. ISIL is trying to make Afghanistan part of the Khorasan province of their Caliphate, the Taliban however is staunchly opposed to it. The Taliban and ISIL frequently accuse each other of being infidels and also accuse each other of undermining their supposedly religious cause. Moreover the internationally recognized Afghan government is also at odds with the Taliban so you’ve got a number of factions that are ready to go at each other. The only way to resolve this issue is to focus on dialogue which is an important point in the deal.

The foreign minister of Pakistan, Shah Mahmood Qureshi, was one of the invitees to the peace deal in Qatar. Although the official government policy of Pakistan is one of neutrality, the majority of people in the country see this as a defeat for the US and a big victory for the Taliban, who were not as well equipped. In the perspective of the right wingers, this signifies that the Taliban were on the right path, to those on the left, this means that Pakistan would have to solidify its democratic principles and barricade their borders, to guard against a possible spillover of the Taliban and their ideology into Pakistan.

As of 15 March 2020, the President of Afghanistan, Ashraf Ghani, has not agreed fully to the points of the deal, as he maintains that the Afghan government was excluded from the negotiating process. After the agreement was signed, the Taliban resumed their attacks, bombing government targets in the city of Kunduz. The US has subsequently executed retaliatory air strikes against the Taliban. President Ghani is insisting on releasing just 1500 prisoners, instead of the 5000 agreed on in the agreement, the Taliban on their part are unmoved and will not accept anything less than what was promised.