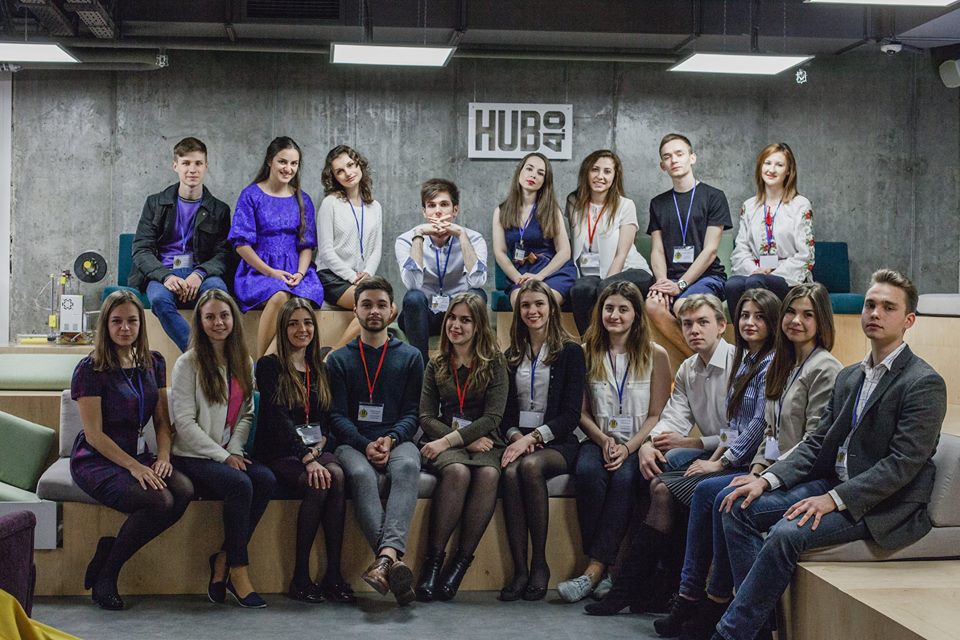 Some of the LDLU members at a gathering in Kyiv.

The Liberal Democratic League of Ukraine (LDLU) is a Ukrainian non-governmental and non-profitable organization that aims to consolidate a new generation of representatives of the Ukrainian people. Its headquarters are situated in Kyiv.

We sincerely believe that a healthy civil society can be built only by people who were born after 1991; in other words, in independent Ukraine, and not in the country that does not exist anymore. That is why our members are exceptional students of leading Ukrainian and European universities, who inherently do not adhere to post-socialist values and other soviet vestiges. Particularly, they are young lawyers, political scientists, international affairs experts, sociologists, economists etc.

LDLU endeavours to unite Ukrainian youth with liberal outlook, who strive to see Ukraine as a strong and progressive liberal democratic state. We differ from other Ukrainian NGOs by not being a puppet organization of oligarchs and kleptocrats, all LDLU activity comes into being only from will of active youth representatives who are our members. Furthermore, we are notable among many others members of IFLRY, which are youth branches of world liberal political parties, for being established without support of political structures. Unfortunately, there is no effective political party in Ukraine which is able to represent ideas of liberal democracy; therefore, we propose to found such a party in the nearest future.

The main models of liberal democracy development for us are Great Britain, the United States of America, Canada, Australia, New Zealand and Japan. We consider that EU countries, which have stuck to a social-democratic political course over the last twenty years, have showed their inability to defend peace and security on the European continent, to protect inalienable natural rights and freedoms of individuals and, what is most importantly, to adhere to unity at the time when destructive antidemocratic powers, Putin’s Russia and communist China continue to rise from the side of Asia and do everything not only to reinforce the internal European refugee crisis, but also to support extension of the bloody Middle East conflict.

The position of LDLU consists in the following. We do not consider Ukraine as merely a part of European civilization, which is undoubtedly the case. We regard Ukraine as a perspective world country, which can build bridges between all civilized democratic states of the West and the East, because we think that exactly in Ukraine, it is possible to trace in a most striking way peoples’ need for liberal values, which we were not and are not afraid to fight for: life, freedom and right of pursuit personal happiness.

The main objectives of our organization are:

In order to realize these objectives, we have reproduced a unique internal structure, which corresponds with all main aspects of LDLU’s work as much as possible. The Organization is divided into Departments, which in turn are also divided into units – Sectors. As of the year 2016 the main departments are as follows:

All core decisions of our Organization are made by the highest collegial body – the Viche, which consists of all members of the Organization. Every member has one vote and nobody has the right of veto.

In 2015 – 2016 the Organization has been active in Kyiv and Lviv. Apart from this, our Organization is represented in Dnipropetrovsk and also in Poland (Warsaw, Krakow), the Netherlands (Groningen), and Great Britain (London).

In the summer 2016 we have an intention to apply for membership of IFLRY, as we are confident that interaction with self-conscious liberal youth from different corners of the globe will guarantee the most optimal development course of Ukraine as a liberal democratic state. Moreover, we believe that the experience of Ukrainian youth in creating true liberalism should become useful for many open societies, as this political idea, from our point of view, can help not only to establish world peace, but also to provide every individual with the right to their own realization of happiness.

Follow us in order to achieve these noble ideals!

Arthur Kharytonov is the president of the Liberal Democratic League of Ukraine. He is a third year law student at the Taras Shevchenko National University of Kyiv, specializing in constitutional law. In his spare time he writes socio-psychological novels. On Twitter he can be found as @ArtKharytonov.