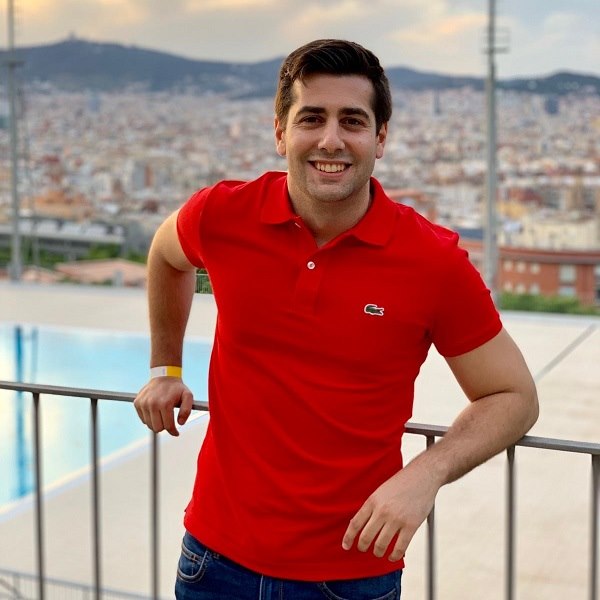 Marc Anguera Gisbert is Membership Officer at JNC — Catalonia, where he previously served as Environmental Officer. He holds a degree in Physics from the University of Barcelona and works as an environmental consultant for the PricewaterhouseCoopers (PwC) multinational professional services network.

1) How has sustainability opened up new opportunities for you personally?

It has broadened the range of things I could do during and after my studies. I did a degree in physics, and the development of nanotech and, specifically, nano-energy to fuel our energy demand in a more sustainable way has created many new opportunities. This has had a huge positive impact on research and businesses. For example, using graphene for photovoltaics (a technological advance that comes from physics) means we can now make flexible, low-cost solar cells that can be used almost anywhere.

Now, I work as an environmental consultant for PricewaterhouseCoopers, helping businesses to meet regulatory requirements concerning pollution, carbon emissions and other activities that have an environmental impact.

2) Can you tell us what your job/studies in the field of sustainability involve, and why you chose them?

The first thing that got me on the path to sustainability was when, right before the financial crisis broke out, we watched the film An Inconvenient Truth in high school. It really opened my eyes to the climate crisis. I decided to do my high-school research project on climate change in the Ebro delta, where climate records go a century back, so we have a lot of data to work with.

It kept growing until it became my passion. I also realised sustainability was a big opportunity, a booming sector. Unfortunately, the end of the financial crisis has reinvigorated the climate one, as increased economic activity leads to the second growth phase in climate change.

3) What do you think your country could do to make it easier for sustainability to be a boon for the planet, but also a boon for young people?

My country, Catalonia, has actually already implemented a very ambitious Climate Change Law, which the Spanish government unfortunately sought to strike down in the courts. It tightens regulatory requirements, generates new jobs, aims to assist businesses in environmental compliance and more. What we need right now is to create even more opportunities for businesses to see sustainability as something they can benefit from, not as a cost that they have to bear. It is also crucial that the young people who are going to come of age in the next few years have the right mindset towards safeguarding our planet and its resources.

Education also plays a key role: if people see a wide range of degrees with which they can start a career in sustainability, it will be far more appealing than if only a few degrees offer opportunities in this area. Finally, continuing to expand and improve protected natural areas will contribute to this mindset.

4) What would you say to people who see the sustainable transition as a lesser evil instead of as an opportunity?

Every cloud has a silver lining. The financial crisis forced the global economy to become more efficient, in economic terms, yes, but also from the point of view of sustainability. Now, we have exited the financial crisis, but we have a climate crisis on our plates. In the medium and long term, crises are only really bad if you fail to learn the lessons from them, and this is what we have to do with the climate crisis: learn the lessons from previous failures, get serious about it and solve the problem. We need to move forward as a society and look at the big picture.

Alistair Spearing is the European Officer of the Catalan Nationalist Youth (JNC) and a member of the International Board of the Catalan Democrats (PDeCAT). He has been a scientific translator specialising in life sciences for almost a decade now. He is active on Twitter as @Alistair_SBD