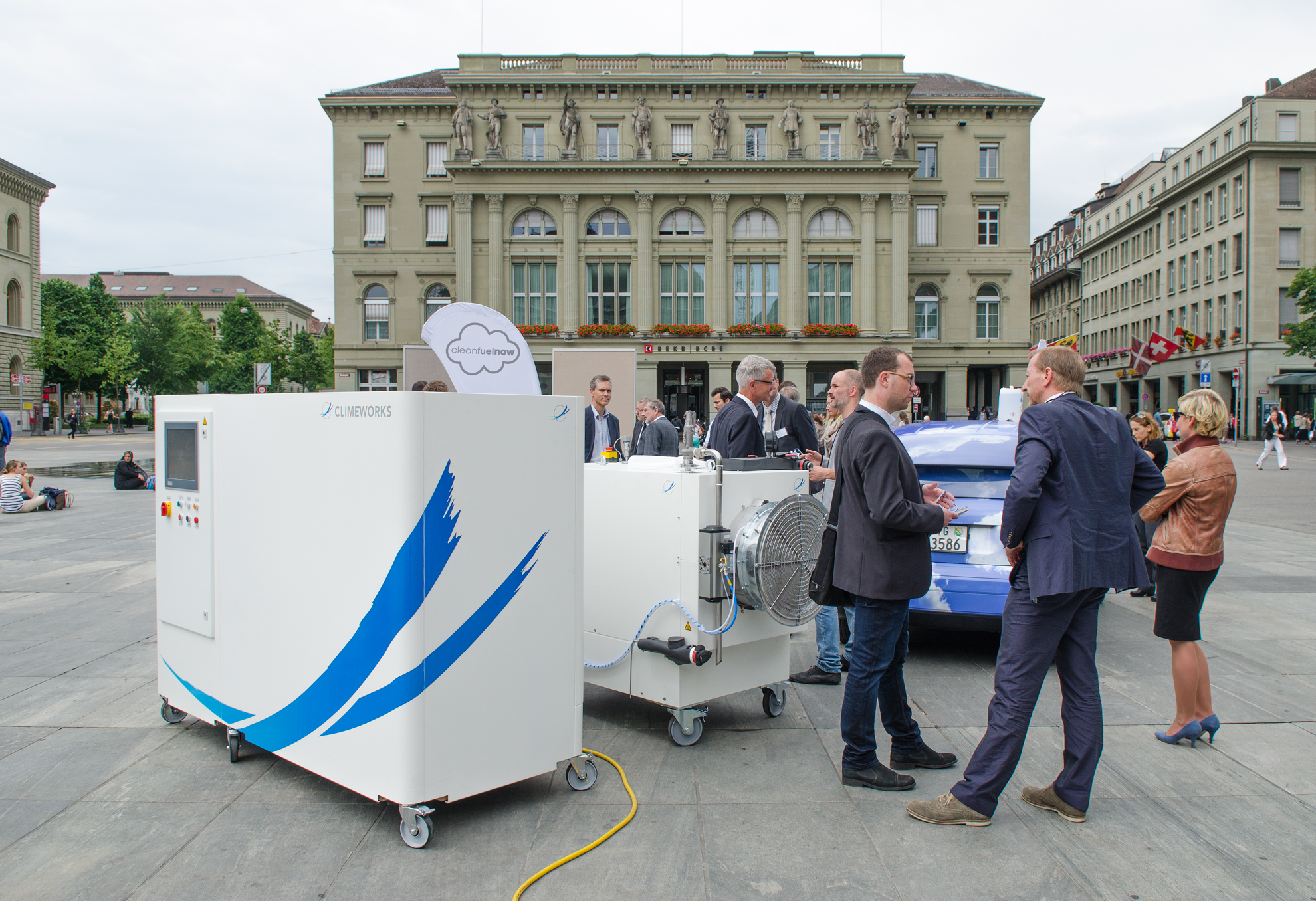 Climeworks was established in 2009 to develop the world’s first commercial carbon dioxide removal technology. The research and development of the technology began at ETH Zurich in 2003. More information on the company is available on their website here.

A few days after this interview was conducted, Climeworks, along with several partners, launched an integrated power-to-liquid facility – the world’s first – that can be used to produce carbon-neutral fuels from air and green power. More information is available here.

Can you give us a brief introduction into Climeworks? What do you do and what are your aims?

Climeworks is a company headquartered in Switzerland, we are a spin-off from ETH, the Swiss Federal Institute for Technology, here in Zurich. What we focus on is building and developing machines we call “CO2 collectors”. We build those collectors into “direct air capture plants”, and what these machines do is essentially to capture CO2 directly from the air. That is the core focus of Climeworks.

What are challenges associated with direct air capture? How could the technology be leveraged on a large enough scale to have an impact in countering rising CO2 emissions?

The relevance of direct air capture is growing. There have been various climate reports, the IPCC Special Report for example, where it has been clearly stated that direct air capture technology is now needed and it is needed on a large scale. There is currently too much CO2 in the atmosphere and any CO2 that we are able to remove directly from the air is beneficial. The challenge for Climeworks is now scaling up to those large levels required.

In order to have an idea of how the technology works: What happens with the CO2 once it is captured and how does the process work?

The Climeworks technology works as follows: we have a cyclic adsorption – desorption process, so one of our modules – one of our CO2 collectors – you can imagine as an oversized washing machine, has a fan on the one side, which is drawing air through the collector. Inside the collector we have a filter material, which is highly selective so that it captures only CO2 on its surface. You can think of the filter material as a sponge – so if you dunk a sponge in water, then it will fill up with water. The same thing happens with our filter material. It fills up with CO2. When it is fully saturated, we close the CO2 collector, we heat it to around 100°C and the CO2 thereby unsticks from the filter and then, depending on the use, can either be delivered for use in a product; but more climate relevant is the mineralization. We capture the CO2 and then we are able to store it underground, i.e. turn it into stone, where it is then safely and permanently removed from the atmosphere.

What are downsides, or difficulties, associated with direct air capture?

The challenge, as I mentioned, is the scaling up. In the last ten years we have scaled up by a factor of a billion. When we began on laboratory scale, we were capturing milligrams of CO2 a day and we are now capturing thousands of tons. The real challenge is to replicate that same scale-up, so move from thousands of tons to millions of tons, or billions even.

What could governments do to make it easier for sustainability technologies and new companies working in the field to get started?

How could someone that is not working in this sector or that is still in their studies do to support your work?

What was your motivation to work in this field? How have you personally benefitted from a growing sustainability sector?

To the second part of the question, of how I benefitted, is really a motivational thing. It is highly inspiring and motivating to be working with a company that is visionary, that has very ambitious goals and whose mission is to help fight climate change in the best way possible. It is inspiring to be surrounded by people who are motivated by that same goal.