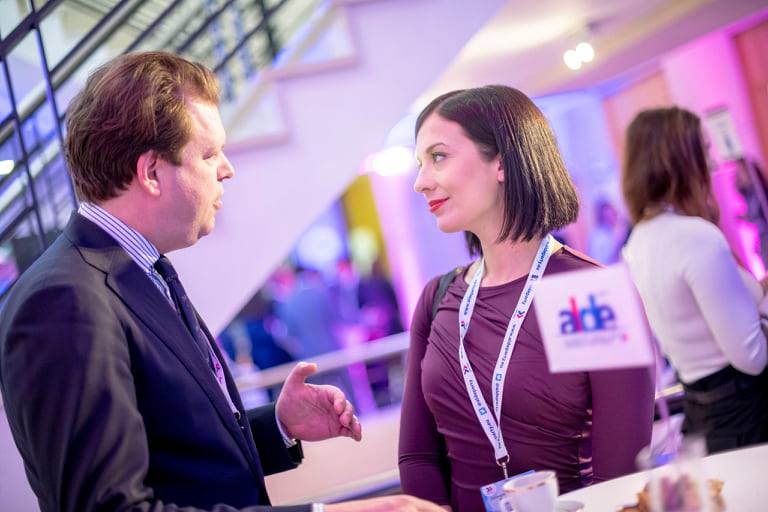 Meet Katalin Cseh, a young liberal from Hungary, who is fighting to represent youth both at the national and European level. In 2015, Katalin co-founded the pro-European and liberal Movement Momentum with eight other young Hungarians. Currently, she is a Member of the European Parliament and one of the eight vice-chairs of the Renew Europe political group. Our Communications Officer, Luca Arfini, discussed with her how she got started on her political path and brought her party to win the 2019 EP elections in Hungary with 9.93% of the votes.

Because I believe in people, I believe in the power of people. I believe in the power of the people to decide. I also believe that everybody should be able to feel empowered and that they should have a guarantee from their state and from their community to support them in the exercising of their basic human rights and to be provided with the basic opportunities to get ahead. So, I think that this is the basic reason why I’m a liberal; initiative and the ability to have initiative.

Thanks. And since your first degree was in medicine, can you tell us what made you change your mind about your career and when did you realize that you wanted to become a politician instead?

Well, I was always politically active, but I have never really wanted to be a politician. And then I just saw how my country is being taken farther away from those European values that I believe in. I saw my friends moving abroad, because they wanted to have a European life and they couldn’t do it in Hungary. And I also saw that the old generation of politics did not do anything to help to turn this process around. So I became active, because I wanted to work for change and I founded momentum party with my friends in order to be able to give a more honest representation of my generation and of everybody who believes in the need for change, reform, more Europe, more transparency and more empowerment from states.

Indeed, related to that, in 2015, you founded, together with eight friends, the Momentum Movement. Could you please tell us more about this experience and how does Momentum differ from the Hungarian Liberal Party (Liberálisok) formed only two years earlier?

Oh yes. So, I got this phone call from a high school friend who I hadn’t seen in years. He was very enthusiastic and had a lot of ideas and we immediately started to build a grassroots movement. I think that’s the biggest thing that defines us and that separates us from other parties. We are very strong at the grassroots. You have a lot of dialogue within the party and we do a lot of community work. We believe that politics is not only about going in TV studios and being smart, but also to engage with people, to engage with our community. Right now, in only a few years time, we have local chapters all over Hungary. And we did not want to compromise on that or on other values either. We didn’t want to take the easy road, we fought against corruption and against those who are currently leading Hungary. We stood up for a much more pro-European country and that wasn’t easy sometimes, because of the media. But we are firm in what we believe in and we are working together with a lot of other people to achieve that.

Since, as you said, you’re close to the people because you’re a grassroots movement, it’s interesting to know why in the 2018 national election momentum you did not meet the threshold to be represented in the Hungarian parliament, but during the European Parliamentary Elections you had a great result. So why do you think your party had much more success at the European level than at the national level?

Well, the easiest answer for that is when the Hungarian elections happened, we weren’t even a year old; so, we were very immature. We did not give up after our first, let’s say loss or not so good result. We need to build up a strong foundation. We put even more work in our organization, even more work in our policy platforms and we just kept going. And the other thing is that I think people see us like a movement that really is running based on ideas and not for the power. We were always on the streets even when there were challenging situations coming up. We did not give up after not getting power. And, I also believe that young people found a very credible voice in Momentum. They see that we are really standing up for our generation, for a fairer labor market, to combat climate change, to create the European Hungary in which everybody is able and free to do business and can benefit from a better education system. I think they just saw us as a credible platform, and we are very hopeful that we can deliver on our promises in the European Parliament. Now we have to make laws, while before that was campaigns and now it’s real work.

Do you think it’s also because in the European Parliamentary Elections people usually vote differently?

I think the difference was that we had more resources and we were able to reach more of those young people, who are usually not that likely to vote. We did not give up on that population. I remember having this conversation with a political scientist who talked about how targeting young people during your campaign is a very bad idea because young people don’t vote. We weren’t able to make compromises on that. So, we stood up for youth issues and with a lot of work managed to mobilize young people, who I think would not vote either on European or any election normally. So, ultimately, it’s outreach.

Related to young people, what are for you the greatest challenges that youth face at the moment in Hungary and what is Momentum doing to tackle them?

Well, as a Hungarian, the destruction of the rule of law is always an issue as well as the lack of free media and the attacks on the judiciary and education system. But, also, we are global citizens, so we also face climate change. We also face our government’s inability or unwillingness to act against that. Hungary was one of those countries who vetoed the EU climate goals, for instance. So, what we do is raising awareness. We work in the European Parliament to bring about change wherever we have influence. We mobilize people locally to demand change from their local leaders. And let’s not forget that we have local elections coming on 13 October. So, hopefully we will get a lot of people elected, who can work in their communities to change things.

Related to the local elections, why is Momentum supporting Gergely Karácsony, leader of the Hungarian green party ‘Párbeszéd’ (Dialogue for Hungary), in this October’s Budapest mayoral elections?

We are very lucky that we were able to find a platform on which the entire opposition can campaign together. Karácsony is supported by every democratic opposition party. He is a credible candidate and he is a young candidate. He is green and he believes in democracy, rule of law and we believe that he would be a credible candidate to lead Budapest to be the European metropolis it’s designed to be.

Do you think he has great chance to get elected?

Join a party or form a party or put pressure on your leaders, be politically active. Just coming back to my previous example, the youth has to make their voices heard. Those within the politics and those outside the arena, we have to be a force to be reckoned with. So that nobody can question the legitimacy of the issues of the youth and if they do, they will lose the election. I would advise everybody to mobilize, to get active, to stand up for your ideas and not be afraid to actually run for elections, because that’s how you can change things.