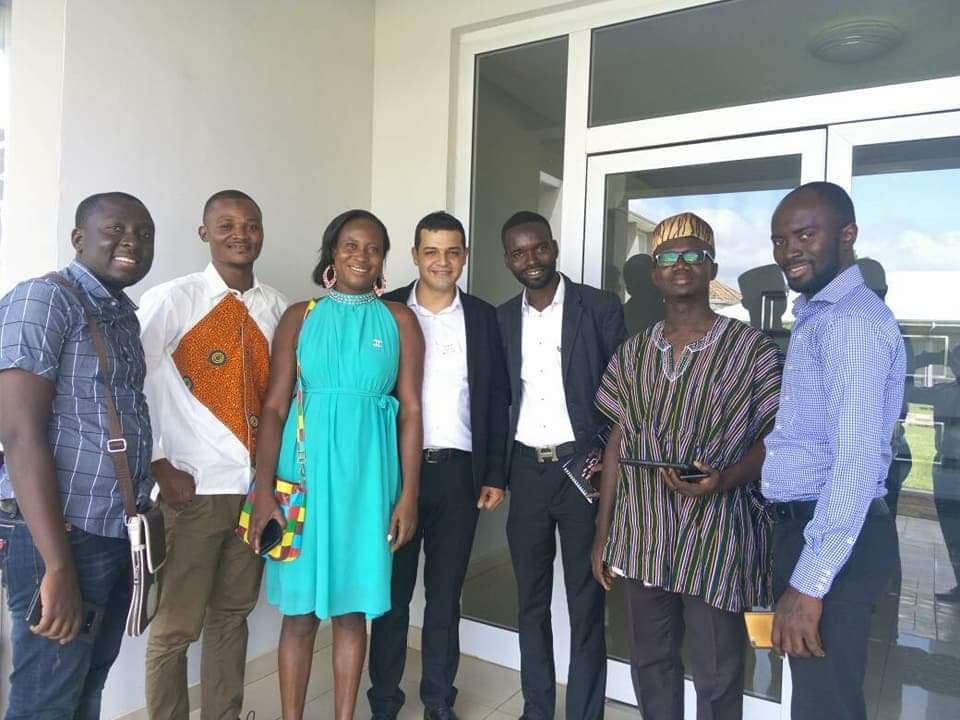 How long have you been active in politics in general, and in Progressive Youth Movement (PYM) specifically?

I started my politics as a student back at the University in 2010, but officially, I joined Progressive Youth Moment (PYM) in 2012. I was part of a few youth who were brought together by Dr Papa Kwesi Nduom in 2011 to research into his viability in contesting the 2012 general election. The findings of this research after the nationwide tour was the yardstick upon which we founded the Progressive People’s Party (PPP) in Ghana as a credible alternative to the duopoly in the country, so I’m very proud to say I am part of those who founded PYM in Ghana.

I didn’t know that the party was actually this young. How did you first get the idea of wanting to start the Movement?

Prior to 2012, we had a Pressure Group in Ghana known as Movement for Social Justice, so this was a youth-led organization that worked for social justice in Ghana. Basically, that was what we were doing, fighting for human rights and addressing inequality in Ghana until we saw the need the break the duopoly political system in Ghana. That was when we had the idea of turning that into a political party or a political movement. It was in 2011 that we decided to change Movement for Social Justice into a full-fledged political party registered under the Political Party Act in Ghana. It was officially launched in February 2012 as a political party and the youth wing was also created with branches on all tertiary institutions in Ghana.

What are the fundamental values of PYM, and how do you work to promote these?

PYM was established to mobilized and empowered the youth to be able to take and promote the policies of the PPP. ‘These youth will eventually become the future leaders of the country.

We work hard to represent the interests of young people within, and outside of the party. From helping make policy on issues that matter to young people, to helping our members progress within the Party with training, support and networking,

As the Progressive Youth Movement, of course we believe in liberalism. We deeply believe that everyone should be able to shape their own life, as every person in the country or anywhere has their own ideas of what a good life is like. It is about giving everybody the power to become what they want to become.

Can you tell me a little about how PYM works? How is it structured?

PYM can be found at all levels, that is; national, regional, constituency and all public tertiary institutions in Ghana.

There is a national coordinator who is the head of PYM, we have 16 regions in Ghana, each region has a regional youth organizer, and then we have 275 constituencies, which means we also have 275 youth organizers in each constituency.

There are 82 public tertiary institutions currently in Ghana and the PPP has established PYM chapters in 62 institutions which are all functioning.

Speaking of the student wing, what kind of people are active in the PYM, are they mostly students?

Within the youth wing of the party, we have the student wings that are formed in the tertiary institutions in Ghana, then we have lecturer that serves as a patron that guides them in their activities and provides counselling on how the movement should be run on campus. So, the student or tertiary wing are basically students, but the youth wing in general are both employed and unemployed youth in Ghana who are members of the PYM in their constituency and on the regional level.

What is your role in Ghana’s domestic politics? Have you been able to grow in the almost ten years since you were founded?

Yes, our party has managed to grow. We started less than ten years ago, but we are currently third largest party and the second largest opposition party in Ghana.

That’s really impressive in such a short time. What are some of the projects or activities you are working on at the moment?

The PYM has a lot of activities and programs that seek to empower its members. We have the youth leadership project, which seek out to empower the youth within the party on good governance and public participation in decision-making. We also organize meetings and mobilize students to become members of the party, we organize workshops, symposia, and entrepreneurial training for our members.

What role does IFLRY and international work play for you? What would you want the cooperation to look like?

I think a lot of cooperation would work for us, especially with regards to training where we get the opportunity to send two or three of our members to IFLRY trainings and this will give our members more exposures and opportunity to network and share ideas with other liberal youth across the globe. That will be great for us. When they return, they can share with other team members what they learned from the training and conferences organized by IFLRY.

I think the PYM is the only Party that offer more and pragmatic opportunities for the youth in Ghana and is only the PYM that create various platform that seek to empower the youth to fully participate in decision making and providing alternative youth policies options to government.

What has motivated you to become active in liberalism, and to become involved with a liberal party specifically?

Basically, I got involved in politics because I became increasingly aware of the lack of freedom in the world today and in Ghana and in our society. I became aware that individuals were not equal before the law and that in our system not every individual is treated equally and being Ghanaian who desperately needed change, I couldn’t sit behind my laptop at home and expect the change to happen. I wanted a society in which everyone has equal rights and equal opportunity to do whatever they feel like and wanted to do. That is the reality that motivated me to become active in liberalism fight.

Are you optimistic about those ideas catching on, and the future in general?

Yes, that is my hope – to create a liberal society for all, even though it’s not easy. Especially being in opposition with no representation in parliament, it is difficult to make much and a bigger impact. But we are mobilizing and empowering more youth, and this is really working for us as well. I’m hoping that we can get enough young people on board to support us create a liberal society for all.

What are the main challenges you faced in growing the party in the last years?

For certain, our major challenge is funding. In Ghana, political membership don’t really pay membership dues, especially the youth, so we rely on individual donors and the major financiers of the party.

Not being able to mobilize and getting enough resources to be able to campaign effectively affect the effective running of the party at all level and this is really affecting us. We don’t really get sponsorship from international organizations, as our laws doesn’t really allow for political parties to receive funding from international donors.